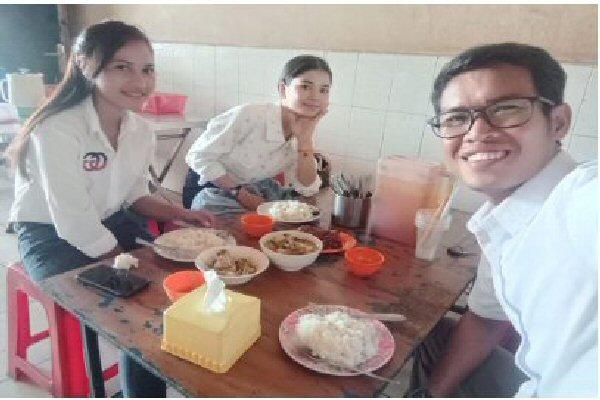 This report is, as expected, short due to the current unpleasantness.

The International and Foundation Committee has spent its time this year consolidating its previous work.

The investment made in the previous years, to both Malawi and Cambodia, using the Club’s funds supported by a District Grant, have now been completed with no residual commitments.

It was however decided that the Club would invest around £1200 to support some aspects of the work in Cambodia.  As a result the cost of courses aimed at getting young people, who have used the English  language teaching facilities at the school, into paid work, have been sponsored by the Club. This has been done in conjunction with a Norwegian tour company who have matched our funding. Initial results have proved to be promising.

KT school senior pupils/ teachers searched long and hard for jobs in Phnom Penh, which paid (living wage ) salaries… and eventually FOUR of them (pictured above) achieved jobs in 2020 …. which also supports their extended families ( parents and Grandparents, and kids) in Kampong Tralach. ….. ( just having a lunch break during a weary day searching for jobs)

Additionally the Club has agreed to  use a sum of money to either purchase a Shelter Box, Aqua Box or make a donation to MSF or a similar organisation. This donation is to support families facing extreme difficulties whilst enduring life as a refugee during the Covid 19 emergency.