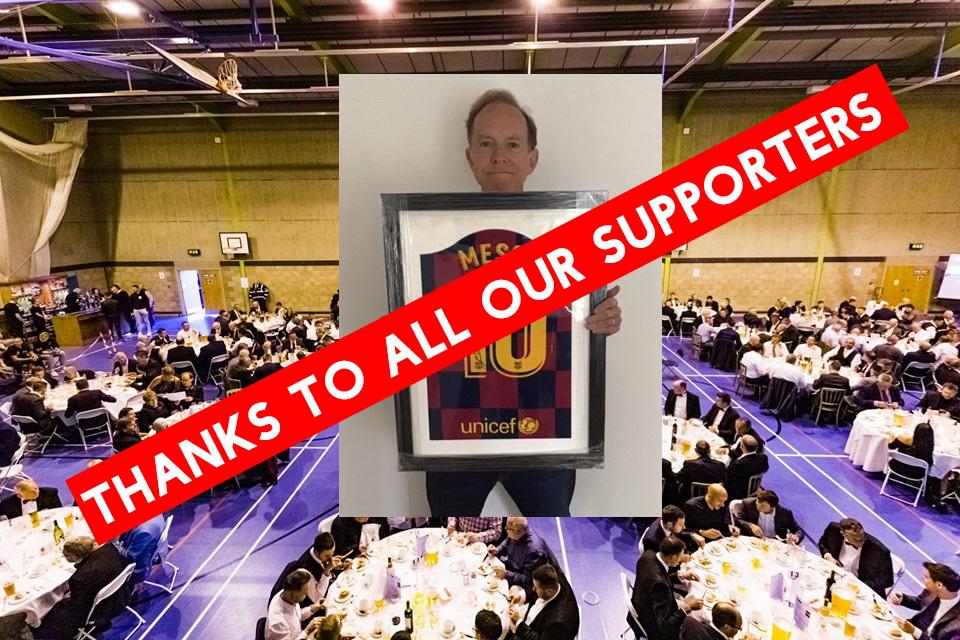 Thanks to all who supported our online auction

With the cancellation of this year’s charity boxing event, we were left with several items of high-class sporting memorabilia that had been purchased for auction on the night. At the same time, with a still greater demand on our depleted resources, we needed to be able to release funds to support disadvantaged individuals and families in the Felixstowe area. Hence our venture into the world of online auctions.

Thanks to the generosity of our supporters, bidders and donors, the auction grossed over £2,500 and all net proceeds will go to our Community Funds.

Looking forward to next year’s event.

Boxing Night items to be auctioned for Felixstowe charities

The auction items were scheduled to be sold at our annual Charity Boxing Night. This is always a very successful evening and raises a large amount for local charities but, as with so many events this year, it had to be cancelled. Because these auction items were not now required for the event it was decided to raise the much-needed funds by auctioning them online. Bidding opens 8 June and closes 21 June.

The items are framed football shirts of Messi, Ronaldo, Bergkamp, Henry, Pele and Greaves.  In addition, there will be cased gloves from Anthony Joshua, Tyson Fury and Roberto Duran. Lastly, there will be a White Hart Lane street sign bearing the signatures of Harry Kane and Dele Alli.

more We are thrilled to announce the George Baker Group as the headline sponsor of our sell-out 2022 Charity Boxing Event. This is our biggest fundraising event of the year and it’s great to have such a big name in logistics as a supporter.

more Back after three years this was a sell-out event and raised almost £25,000 for local causes. (Images thanks to Rainywood Photography)

more Back this year bigger and better!

more Thanks to all our sponsors and supporters, and of course the runners, we raised £4,400 for local charities including £1,500 for our main beneficiary Suffolk Mind. Not to mention the donations collected by the runners for their chosen causes.

more Another great event, thanks to all our supporters and sponsors. And of course the runners!

more With a team from Tyne and Teesside pitted against our region’s best, this year’s Charity Boxing Dinner will take place on 20 May. Our last boxing event raised over £11,000 for deserving local causes and we're hoping for more. It will be a great evening.

more The Rotary Club of Felixstowe are delighted to welcome back to Felixstowe the popular Ipswich Gilbert & Sullivan Society Singers with their “Music for Everyone” concert programme, at 7.30pm on Saturday 28th May at St John’s Church in Orwell Road.

more Thanks to the generosity of our donors and the hard work of our supporters (drivers, Santas, and collectors) Santa and Rudolph raised a record £9,645 for Rotary and Save the Children causes.

more With fine weather on 17 September and fourteen teams drawn from local industry and commerce, the first Rotary Charity Golf Day at Felixstowe Ferry Golf Club was a great success raising over £2,300 for our work in the Felixstowe area.

more It was great to get Santa and Rudolph back on the road for Christmas 2021. They were well received by young and old and Santa certainly hasn’t lost his magic for the children. Thanks to all our supporters and see you next year.

Back to the ring at Harwich Boxing

more We have already started planning for our first tournament after lockdown, scheduled for 20 May 2022. Richard Bugg, our Boxing Night lead and enthusiastic supporter of amateur boxing, has visited local clubs to see the young boxers back in training.

more Combining a great day of golf with fundraising to support our work in the local community, we are running an 18 Hole Stableford Competition at Felixstowe Ferry Golf Club on Friday 17 September. Thanks to all our sponsors.

more With Boris’s road map allowing for the return of amateur boxing in June, we are already planning our May 2022 Boxing Night

Gilbert and Sullivan at St Johns

back Each year we run four high profile events raising over £30,000 to support our work in the local community and beyond.