The Rotary Club of Watton & District (to give it's full title) came in to existence on 8th September 1954. 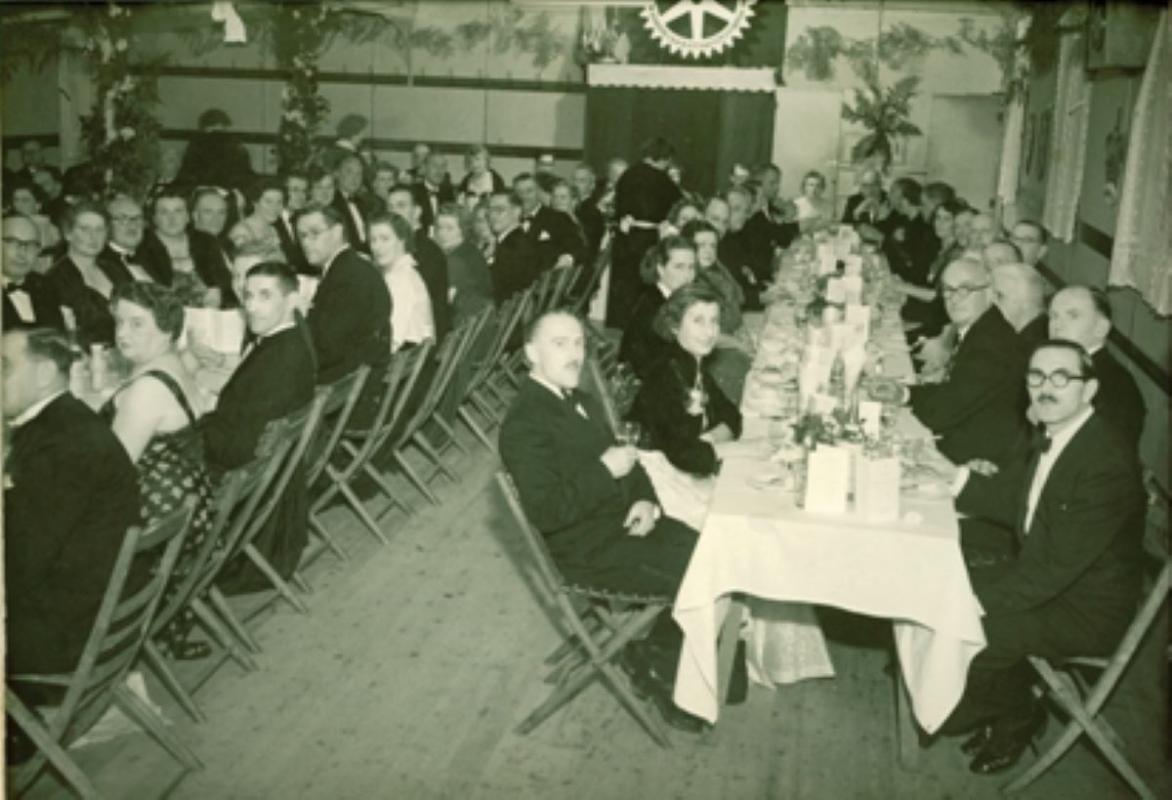 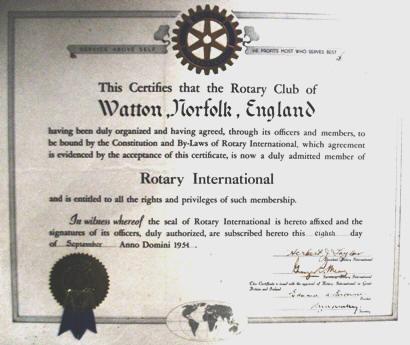 The new club of Watton & District was sponsored by Dereham Rotary Club, henceforth known as our 'mother'club.

Watton & District Rotary Club had an initial membership of 25, including many local business leaders, some of whose names are still well known in the town.

The new club celebrated receiving it's Charter from Rotary International (a formal acknowledgement of it's status as a Rotary Club), with a 'Charter dinner' held on 2nd November 1954 at Banham's salerooms (which later became Abel's) situated on the Norwich Road at the west end of what is now Tesco's car park. A photo of the event can be seen above, together with a copy of our Charter document.

Tickets for the dinner cost 17/6d (87.5p). We acknowledge the anniversary of our Charter with a celebratory dinner every year. The tickets cost a little more now!

The following poem has been found in our archives and is thought to date back to the early days of the club, in the 1950's