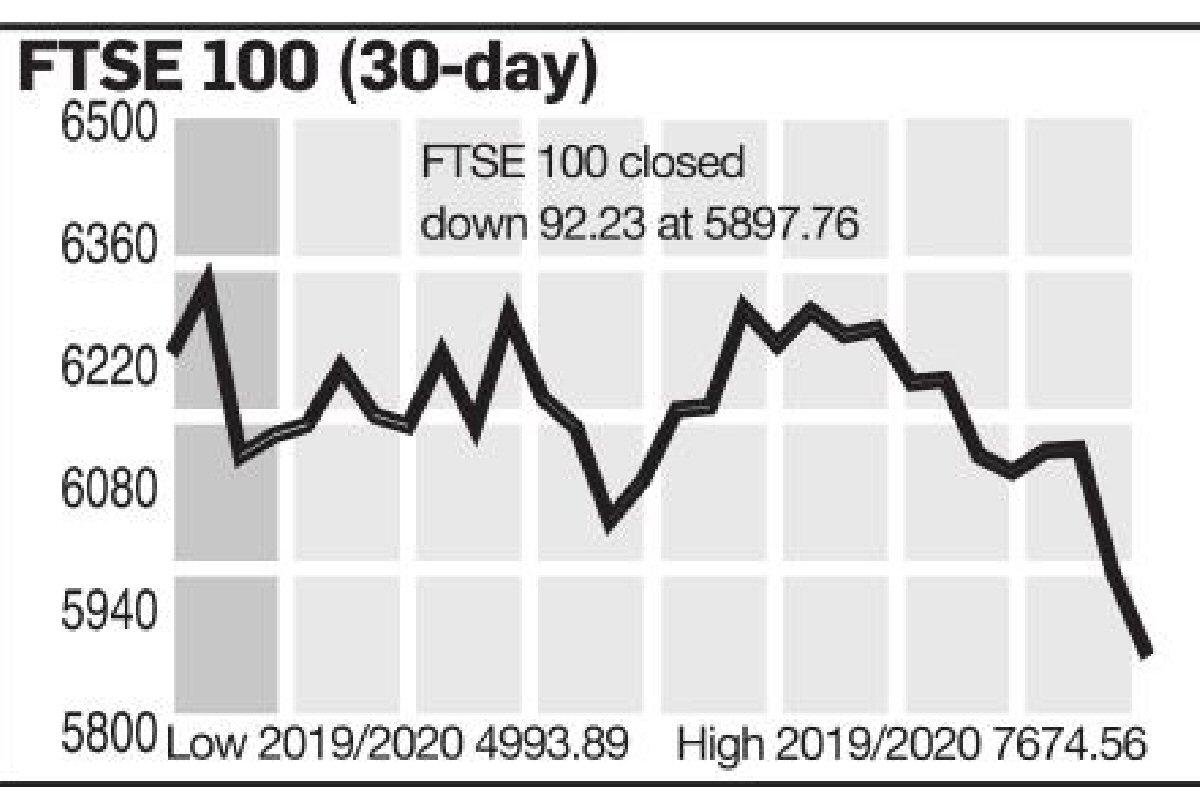 This week the stock market tumbled to a 10 week low after the government pushed back plans to reopen a raft of leisure venues, raising fears that economic recovery may take a while to happen.

Investors baulked after it was confirmed that casinos,  bowling alleys and music venues have had reopening plans delayed over the spread of the coronavirus.

The FTSE 100 closed lower at 5897.76 at the end of week 5 of our competition showing a 226.06 points fall since last week. The index was also pressed down by the continued strength of sterling which hit a four month high against the dollar.

Melrose Industries plc were the losers of the week dropping 18.3% but they were followed by International Consolidated Airlines (-17%), easyJet plc (-16.3%), Rolls Royce (-13.6%), while broadband and mobile operator BT Group dropped 12.3% after it laid out grim forecast for the year.

All this means that all the movement in the FTSE 100 competition was in the middle order.  Mover of the week was Linda Primrose up 76 places from 119th to 43rd. as a consequence of a £2772 gain on this week. But the top eight and bottom eight places are still held by the same people.

Still eight and a half weeks until the competition ends on 30th September and given the current economic conditions it appears to be a brave person who would venture into the stock market right now.