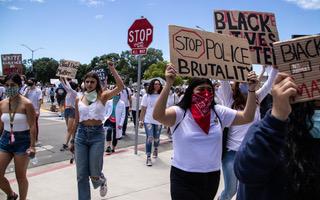 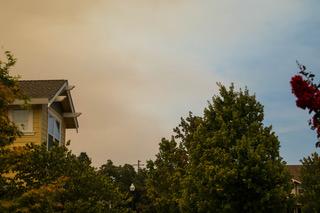 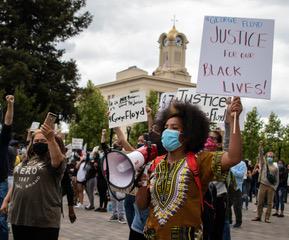 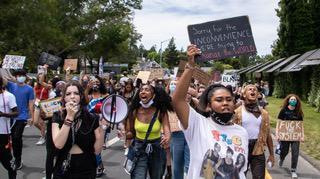 Lindsay Bribiescas was President of Rotaract – the youth wing of Rotary - during her time at St Andrews University. She graduated last year before returning home to California, from where she sent her talk to the Club via the internet. Lindsay is a journalist and her talk, entitled ‘The State of the States’, described her experiences reporting on the Covid epidemic and on Black Lives Matter demonstrations. She also considered the impact both have had on journalism itself.

There have been over 500,000 cases of Covid-19 in California and this has precipitated an economic crisis. Aid measures are alleviating some but not all hardship, there is controversy about the wearing of masks and the test and trace system does not always deliver results promptly. The Black Lives Matter movement (BLM), which began in 2013 and attracted global attention following the death of George Floyd, is still prominent in California. Demonstrators come from widely different backgrounds and there have been some changes to budgetary priorities in Los Angeles because of the protests.

Covid-19 has made it difficult for journalists to follow up stories face to face, as they normally would, and some reporters have been laid off. Those covering BLM demonstrations have sometimes been caught in the crossfire between protestors and the police; and the movement itself poses challenging questions about objectivity and bias in reporting.

Things are now even more complicated by huge fires in California with evacuation orders and smoke impact in the state. In Lindsay’s area, the fires are obviously stressful and scary as Santa Rosa lost many houses 2 years ago in fires.  The smoke's impact on the ability to go outside (a coveted pastime during lockdown), is not the best additional stressor.  Some people are more reluctant to evacuate with the extended isolation under Covid. Firefighters are working overtime, but the Covid issue of incoming firefighters and all that entails is finally getting some coverage, especially because a lot of firefighters are sick from the virus and therefore unable to participate