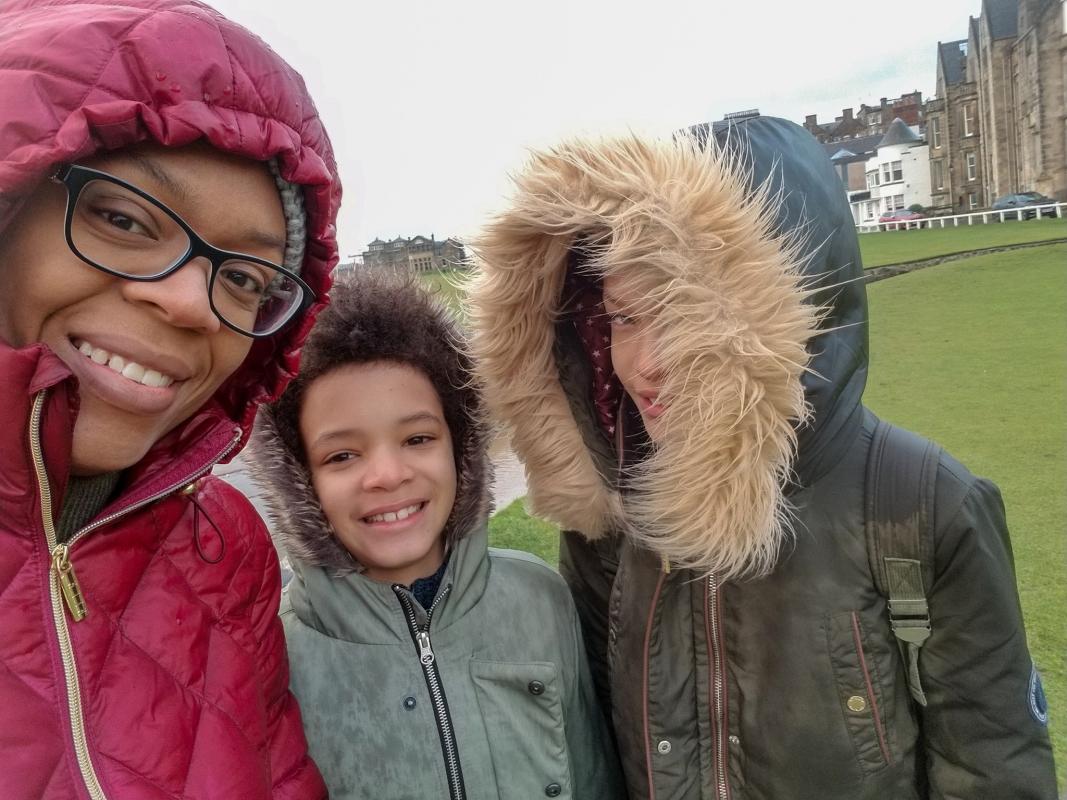 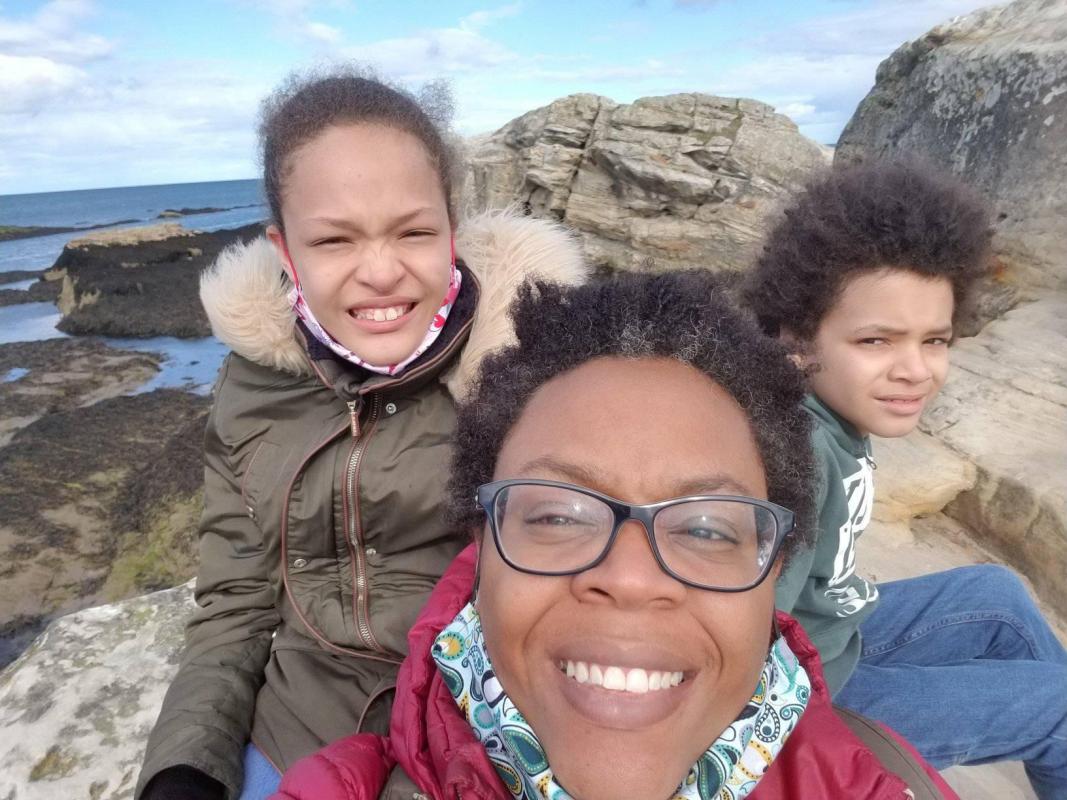 The speaker at the Rotary Club’s latest Zoom meeting was Nicole Ratliff, from the USA, who is studying Social Anthropology at St Andrews University and about to complete her second Masters degree. Her talk was entitled “We are Mixed Trio Travellers”.

Nicole is a single parent with ten year-old, home-schooled twins. She herself has spina bifida, which has necessitated many operations. After one of them, aged 16, she had to learn anew how to walk, use a shower, climb stairs, get into and out of a car and deal with many other challenges.   At school she had to use a wheelchair. Not only does Nicole have these difficulties, her son, Ross, has autism and sensory processing disorder and daughter Phoebe has ADD and oppositional defiant disorder.

Nicole worked for the U.S. Federal Government but because of stress, overwork and not being able to look after her body properly she quit her job, sold everything and decided to travel and reconnect with her twins.   They went to Mexico and to Colombia, both of which they loved, and as a result of these journeys she has got to know her children better, they are happier and they are much closer as a family.  She showed lovely photographs of the family when they went horse riding and to animal parks. Like Nicole, the children now have the travel bug.  Previously, they were frustrated at school whereas now they are alive and happy.

Nicole enjoys learning and is about to embark on a PhD, for which she has been offered a place in South Africa, or New Zealand,  or here in St Andrews.

Sylvia Donaldson thanked Nicole for a very moving and admirable speech, from which it was clear that she is a wonderful role model for single parents.