On August 25, Africa was officially certified free of wild poliovirus. Learn how Rotary members around the world contributed to EndPolio in the region. 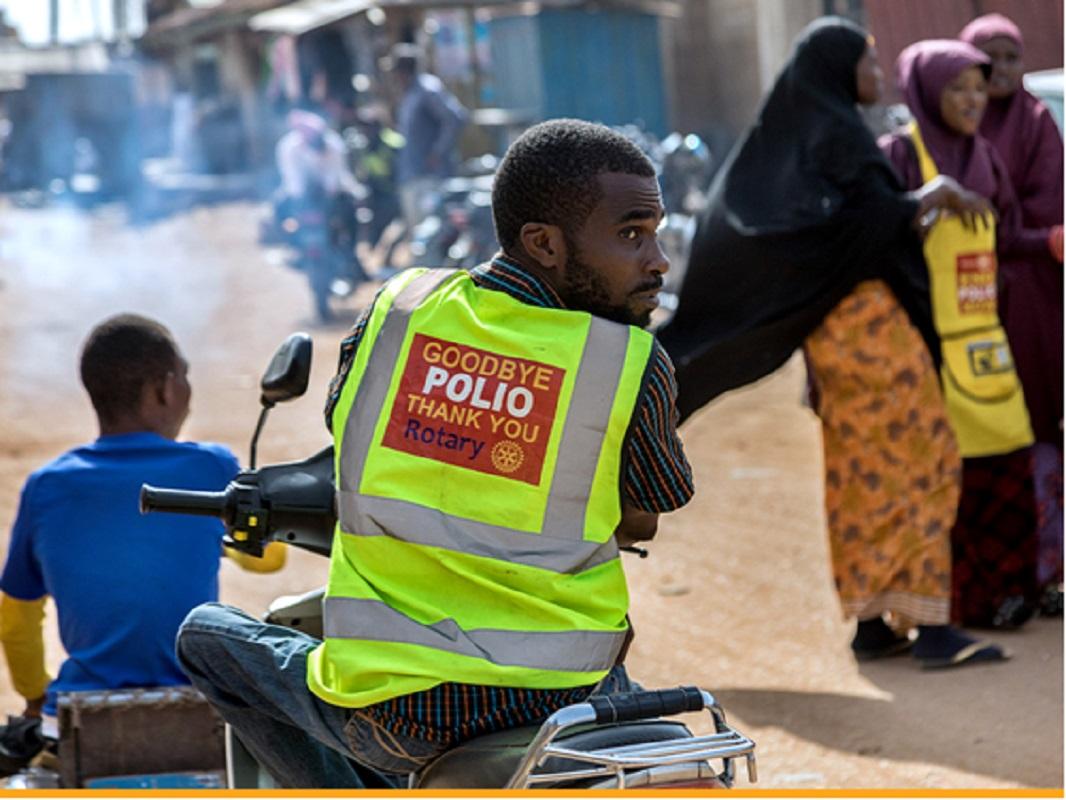 Medway Sunlight Rotary Club has played in role in a significant global public health achievement, as the World Health Organization’s (WHO) Africa region has officially been certified wild polio-free.

This incredible milestone is the result of decades of effort from Rotary clubs and volunteers around the world, who have fundraised, campaigned and worked tirelessly since Rotary pledged to rid the world of polio more than 30 years ago.

Medway Sunlight Rotary have played their part by holding collections at Dobbies and Tescos - complete with children's Iron Lung to show what effect Polio used to have in this country - along with raisng awareness and facilitiating some incredible support from young people on their National Citizen Service Social Action projects and Rivermead Sixth Form Partnership.

In addition the Club has for a number of years been planting purple crocuses on St Mary's Island including at the Community Centre, the school, areas of public access and Atlas Place Extra Care Scheme; and at Bromhill Park in Rochester and Snapdragons Children's Centre in Strood.  Each crocus represents another child immunised against this cruel disease and another step closer to zero cases!  Purple is the colour of the dye placed on each child’s finger to make sure that no one is missed.

The certification comes four years after Nigeria, the last polio-endemic country in Africa, recorded its final case of wild polio and now means of the WHO’s six regions, five of those – accounting for 90% of the world’s population – are free from polio.

Bill Parkinson, the Club's Polio Champion, said, “This is a terrific landmark in the world’s battle to eradicate polio. Although it has been many years since polio has been present in the UK and Ireland, we are proud to have contributed to the global efforts to eliminate the disease for good.”

“We remain committed to making the final, challenging steps towards making a polio free world a reality.”

“If we don’t finish the job, it is estimated that, within 10 years, as many as 200,000 children annually all over the world could succumb to polio, including here in the UK. The virus can literally be a plane ride away so vaccination is so important.”

Despite this significant milestone being reached, the job to fully rid the world of polio goes on, as the virus continues to circulate in parts of Pakistan and Afghanistan.

Rotary has directly contributed more than US$2 billion to ending polio since 1985, including over £8000 contributed by Medway Sunlight Rotary in the last 5 years alone.  The Bill and Melinda Gates Foundation are keen supporters of Rotary's efforts and triples every £1 raised by Rotary so that £8000 has in fact contributed over £24,000 to the fight to eradicate Polio!