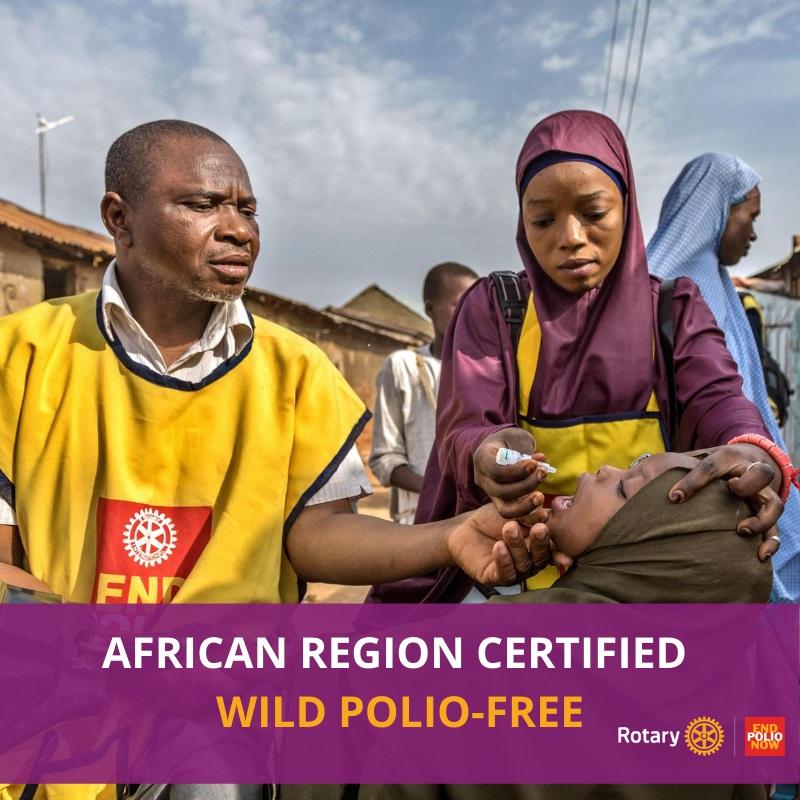 Rotary has worked tirelessly since it pledged more than 30 years ago to help rid the world of Polio. With the eradication of wild polio in the African region declared in August 2020 only Pakistan and Afghanistan remain as sources of the wild polio virus.

But the efforts of Rotary and the many other organisations jointly working on polio eradication has achieved so much more.  The polio program’s impact on public health in Africa is unmatched; it reaches far beyond polio, encompassing all areas of healthcare, touching everyone, from newborn babies in remote villages to political leadership. The program has, as such, transformed perceptions of what the future holds for health in Africa.

Here are the most significant ways the polio response has changed public health across the continent:

1. Recognising the critical importance of data in eradicating diseases -investing heavily in systems for data collection, management and usage.

2. Reaching every child with routine vaccines  - historically, routine vaccination was meant to achieve a certain level of population immunity to stop outbreaks but not enough for disease elimination. But when countries saw how successful the polio programme was in using supplemental immunization activities for disease eradication, they started learning how to move beyond the reach of routine immunization systems towards the accelerated elimination of measles, yellow fever and others building on the experience of polio.

3. Strengthening disease surveillance and laboratory networks – the polio eradication effort has built a robust and sensitive epidemiological surveillance system in the African region, with a network of well-equipped laboratories and thousands of specially trained personnel.

5. Reaching communities through social mobilisation and communication - In remote, marginalized or conflict-ridden communities, lack of awareness about health often comes with suspicion of government and NGO activities. In particular, the polio programme has faced vaccine refusal due to rumours and misinformation. Thousands of volunteers, mostly women, were recruited from within communities to speak with caregivers about the importance of polio vaccination for their children. Their local knowledge helped increase communities’ acceptance of vaccines and helped polio programmes tailor their communication strategies.

6. Improving outbreak response capacity - for the last 30 years polio teams have been the first on the ground to respond to non-polio health emergencies and infectious disease outbreaks– from frequent meningitis outbreaks across the Sahel to cholera in Zimbabwe.

The creation of the Emergency Operations Centre (EOC) model—which serves as a central ‘command centre’ for rapid decision making—has inspired outbreak response and preparedness strategies for other diseases across the continent.  A quarter of WHO polio staff are currently dedicating more than 80% of their time towards COVID-19 efforts.

7. Implementing accountability frameworks -  developed to ensure the timely allocation of resources and enhance performance. These frameworks have not only transformed polio programmes, but have been institutionalized across Africa’s health systems.

more On August 25, Africa was officially certified free of wild poliovirus. Learn how Rotary members around the world contributed to EndPolio in the region. 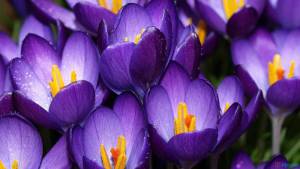 more Wilkin and Sons Ltd have kindly donated thousands of bottles of special Rotary Tomato Ketchup and members have been busy using it to raise funds! 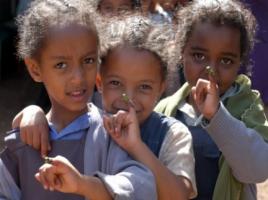 back Rotary is an international community that brings together leaders who step up to take on the world’s toughest challenges, locally and globally. The eradication of polio is one of our longest standing and most significant efforts.