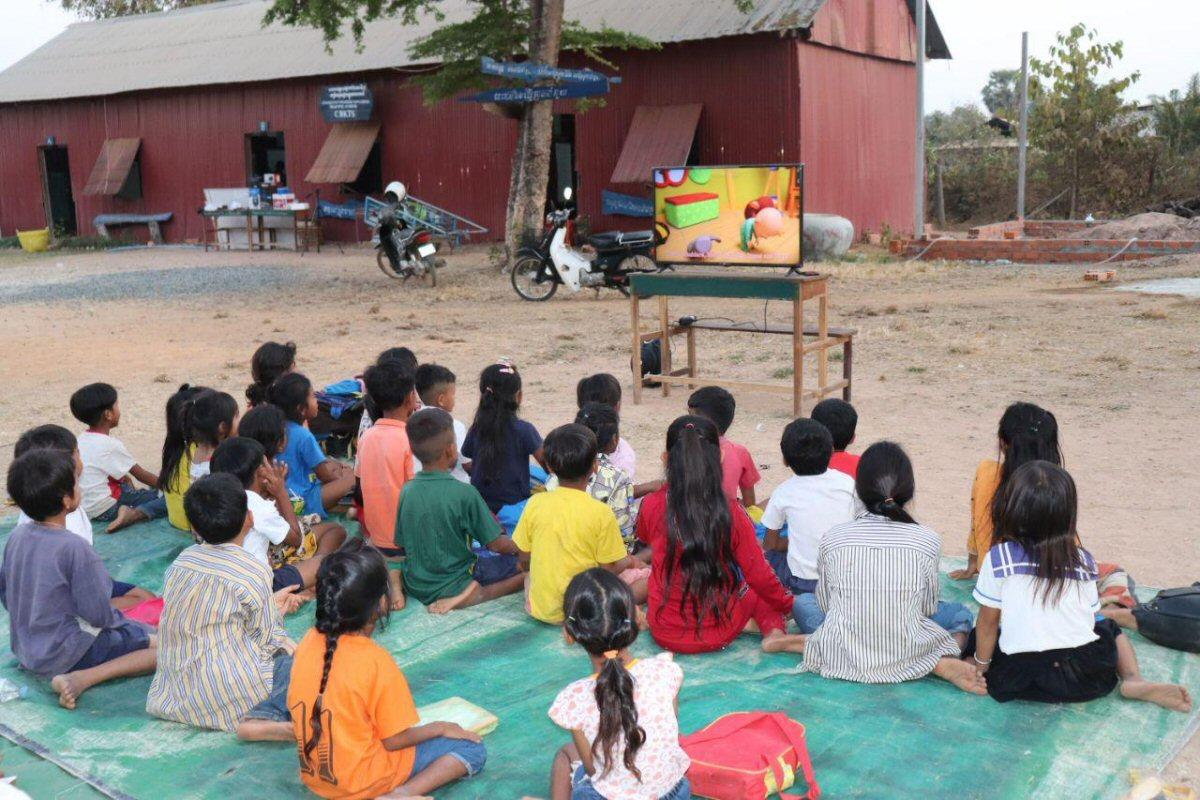 Update October 2021
The school in Cambodia is still open and functioning. Not all the teachers have other jobs so they have been resourceful in replacing income that ceased when as a consequence of the covid pandemic, tourists stopped visiting. Online English speaking tutoring has been possible and the school is still making and selling soap to raise funds.

The Project
Experiences while on holiday in Cambodia has spurred a local retired consultant to mobilise the Rotary Club of West Fife into providing life changing support for a school in Kampong Tralach.
In the 1970’s the population of Cambodia was reduced by one third over a three year period by the utter brutality of the Khmer Rouge regime.  Men, women and children were tortured to death with babies battered against trees in front of their mothers.
Despite this, Cambodia today is a poor, but vibrant country. Dr.Alex Evan Wong took a river trip whilst on holiday in the country and in doing so visited a struggling school in a remote area. The school’s aim was to teach English to its students in the hope of them securing a job in the tourist or related industries. The school relied on donations from tourists and sponsorship.
Alex returned to West Fife and briefed the Rotary Club of which he is a Past President, with what he had seen and his thoughts about how they could help.  With the aid of a Rotary District grant the West Fife Club was able to secure a sum of £5000 to donate to the school with the specific aim of putting in place broadband and supporting technology.
Over the last three years the Rotary Club of West Fife has continued to support the school with the provision of finance for toilets and the development of a second school.  Pupils are now being helped into work and onto further training.
Members of the club’s International committee took part in a joint zoom meeting with the head teacher and members of staff from the school in Cambodia who reported they have been severely hit by the Covid virus.  A lot of their financial support comes from tourism.  Donations would normally have been received from people on river cruises which stop at the school.  Also the support from the Norwegian company that runs the river cruises has stopped and it is unknown if this support will restart. In view of this situation the school has had to adjust how it operates.
So the Rotary Club of West Fife has stepped in again with a follow up donation of £1500 to assist the Kampong Tralach school hopefully get through this difficult period. It will be difficult for them to survive as a school, no one is being paid and Government support is pretty much non existent. The Rotary Club’s International Convenor, Donald Mackay said:-
“We hope, that with the support we have given them, reducing their outgoings and finding ways of raising income, they can scrape along until brighter days appear on the horizon.”