Travel-related stocks continued to suffer, International Consolidated Airlines losing 11.5% on the week closely followed by easyJet who were down 9.9%. 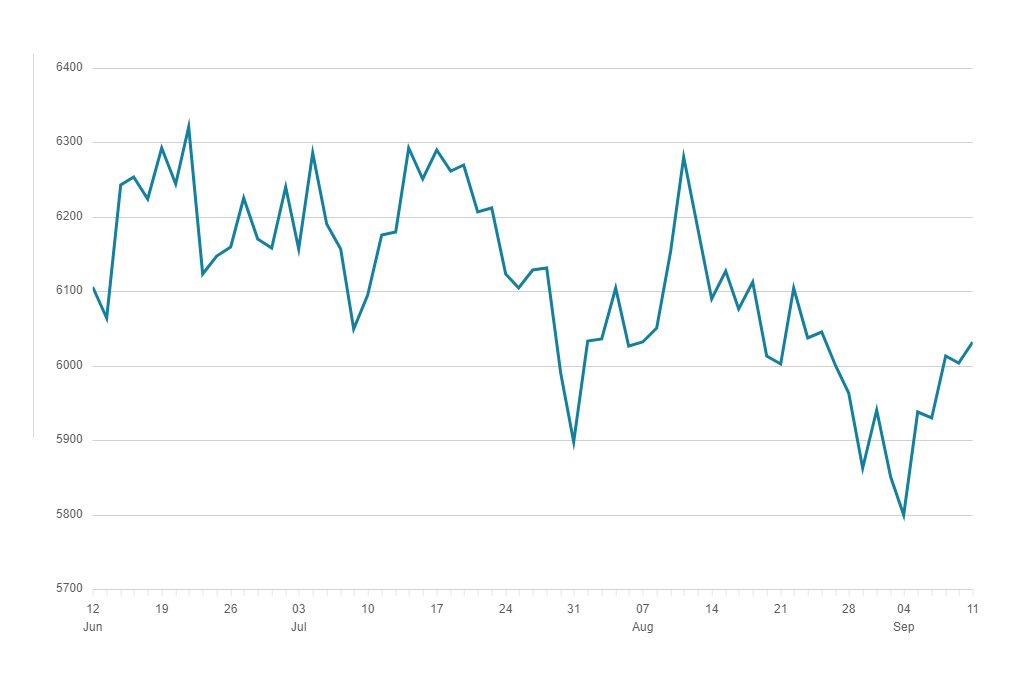 The prospect of a second lockdown in the UK to control the spread of the coronavirus pandemic, and continuing concerns over the sustainability of the travel sector subdued markets this week leaving the FTSE 100 to close marginally down on the week at 6007.05.

Mining shares continued to be strong amid hopes the Chinese economy, a driver of demand from the natural resources sector, was now in a sustained recovery phase.  All that meant the drop in Polymetal was especially puzzling.  Forums suggested “drop due to tripple witching in UK and USA". But who knows what that means?  News of lockdown hit airlines particularly hard, so losers of the week were:-

There was little in the way of price action on the FTSE 100 but Ocado (up 24.3%), received a big boost from the retail numbers but UK retail sales recorded a 0.8% rise in August compared with July, up 4% from pre-pandemic levels in February.  As a proportion of that, online sales fell by 2.5% compared with the last month, but they are still 47% higher than in February probably confirming on going problems for bricks and mortar retailers.

Also bucking the trend Sainsbury’s was a big gainer on the FTSE 100, rising as much as 5.0% after news broke that Czech billionaire Daniel Křetínský became its fourth-largest shareholder by taking a more than 3% stake in the grocer.

So when it comers to our competition there were big swings all over the place.  Dave Riddelll who lost 72 places last week made up 69 places this week!  Mark Sinclair was our winner of the week with a 14.3% increase.  Robin Grant lost 8.6% to fall into second last spot but Pigman’s Dad in third lost a whopping 5.3% meaning positions at the top changed.

Alexander Pryde rose to second, his highest ever place, to threaten leader Hansen Low at less than £600 in arrears.  There is enough volatility about to mean that the last eight trading days of our contest will be extremely interesting.