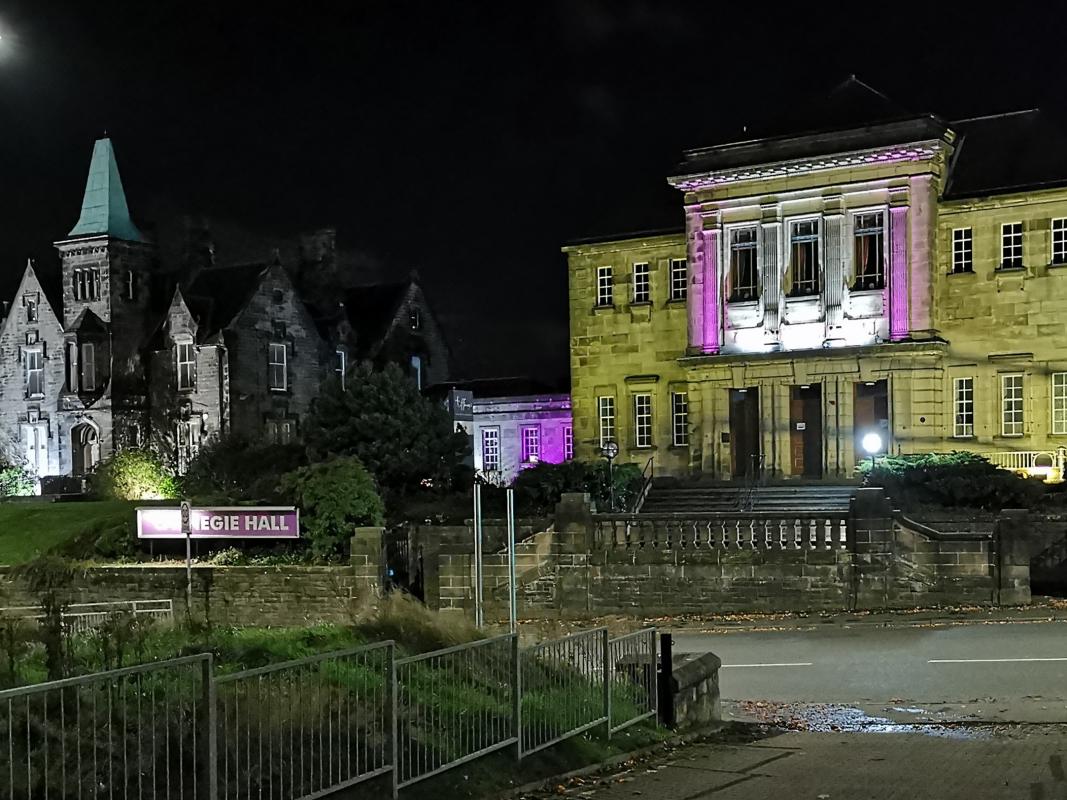 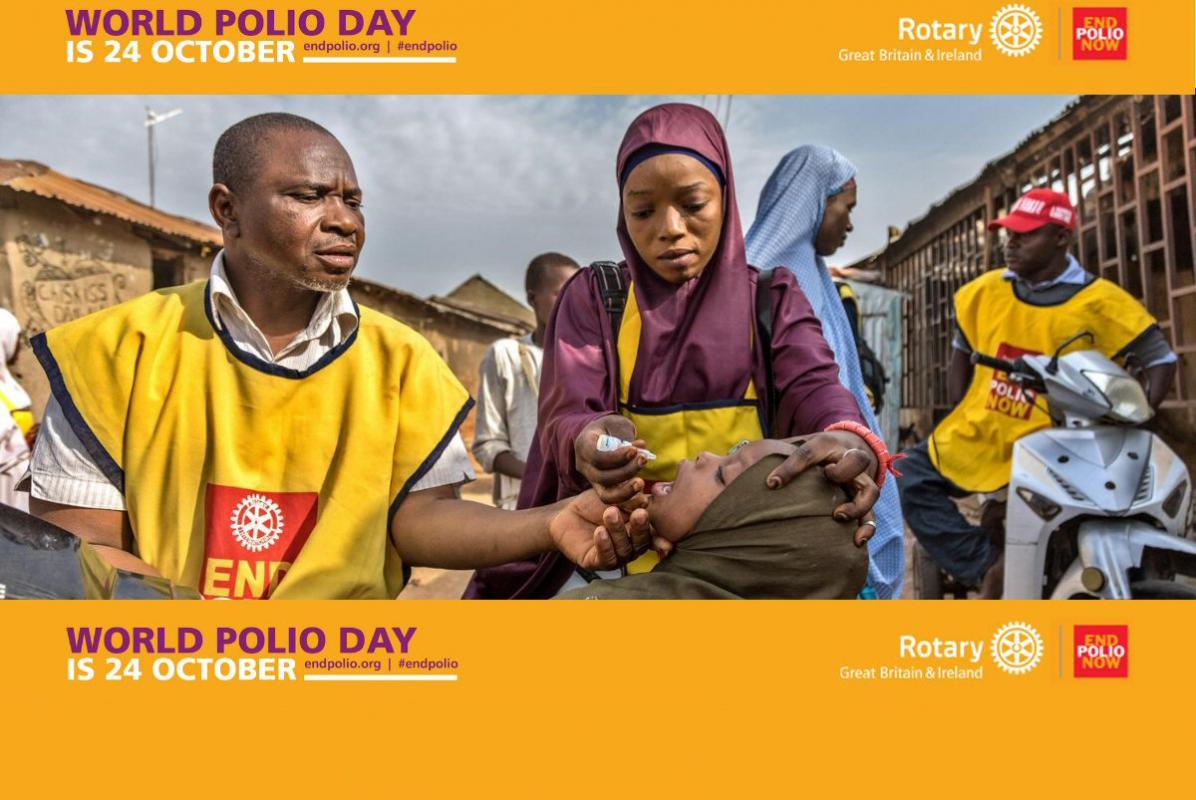 The three local Rotary Clubs of West Fife, Carnegie and Dunfermline were among thousands of Rotary clubs across the world taking action on World Polio Day to raise awareness, funds and support to end polio.  This vaccine preventable disease still threatens children in parts of the world today.

If polio is not eradicated, it is estimated that, within 10 years, as many as 200,000 children annually all over the world could succumb to polio.

Many polio related activities will be using the colour purple, which has become a symbolic colour in the fight against polio, inspired by the colour of the dye painted on the little finger of a child to signify they have received a potentially life-saving polio vaccine.

Members of the three Rotary clubs are delighted that Fife Cultural Trust (ONFife) has agreed to light up the hall as part of worldwide events to mark the day.  They hope it will help to raise awareness of Rotary International’s long-standing campaign to save children from this terrible disease, which can cause death, paralysis and life-long disabilities.

“We’re proud to be marking World Polio Day locally, and recognising the work of Rotary and our partners in the fight for a polio free-world. Together we will end polio.”

The incidence of polio has plummeted from about 350,000 cases in 125 countries per year to just over 100 cases in two countries in 2020: a drop of more than 99.99 per cent since Rotary and its partners launched the Global Polio Eradication Initiative (GPEI) more than 30 years ago.  Only Afghanistan and Pakistan are still reporting cases of ‘wild’ poliovirus.

A big step towards a polio-free world occurred this year when the whole of Africa was declared polio free.  To sustain this progress, about 2 billion doses of the vaccine still have to be given to more than 400 million children in up to 60 at-risk countries every year.  This is in addition to the routine immunisations that happen elsewhere around the world, including in the UK and Ireland.

“Until the virus is eradicated, there is a real threat that polio could return, putting children worldwide at risk.”

Rotary has committed to raising US$50 million each year to support global polio eradication efforts, with that funding matched 2-to-1 by the Bill and Melinda Gates Foundation.  Rotary has contributed more than $US1.9 billion to ending polio since 1985, including tens of thousands of pounds contributed by the Carnegie, Dunfermline and West Fife Rotary Clubs and their partners and friends.

more Funds are used by Rotary Clubs for projects that specifically come within the headings:- Hunger, Health and Humanity.