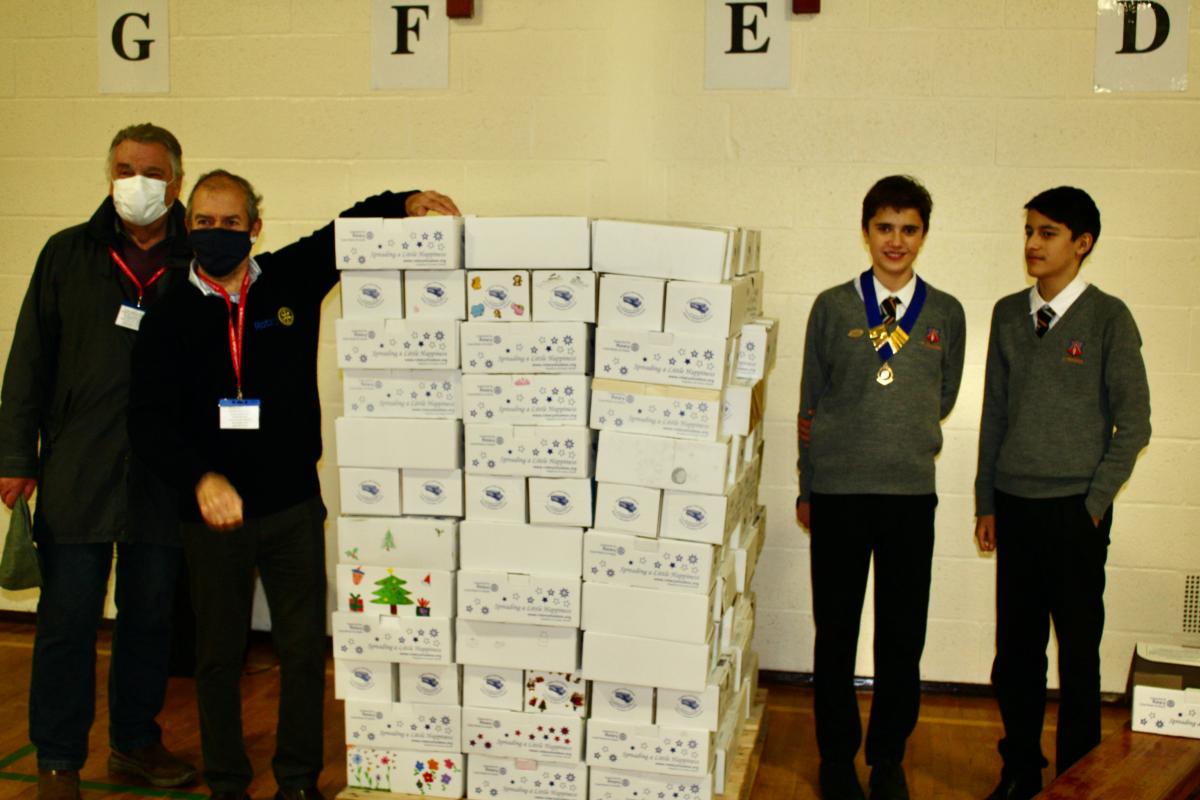 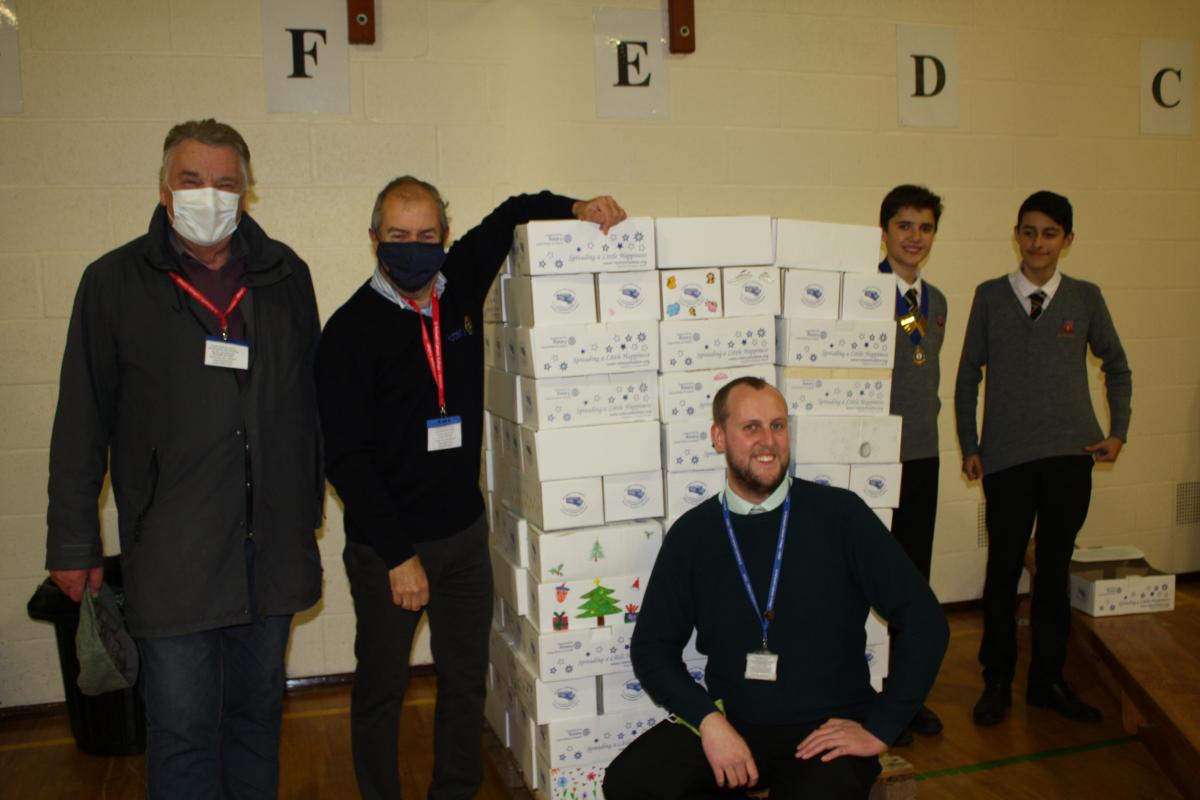 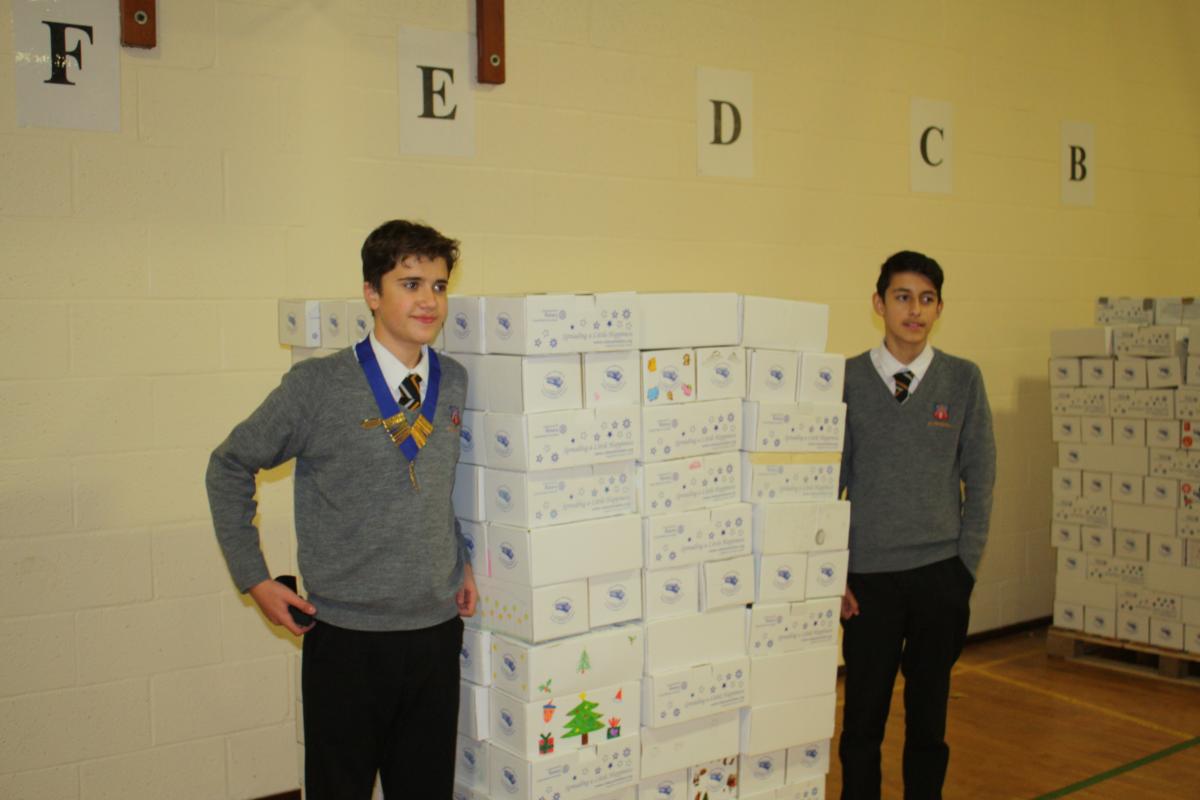 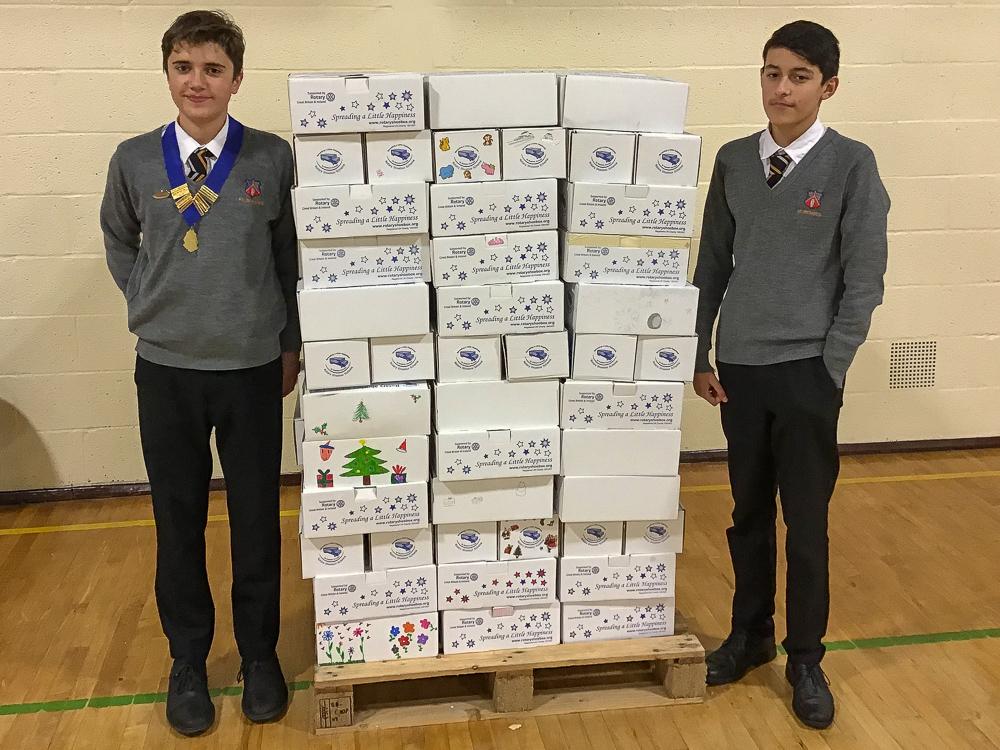 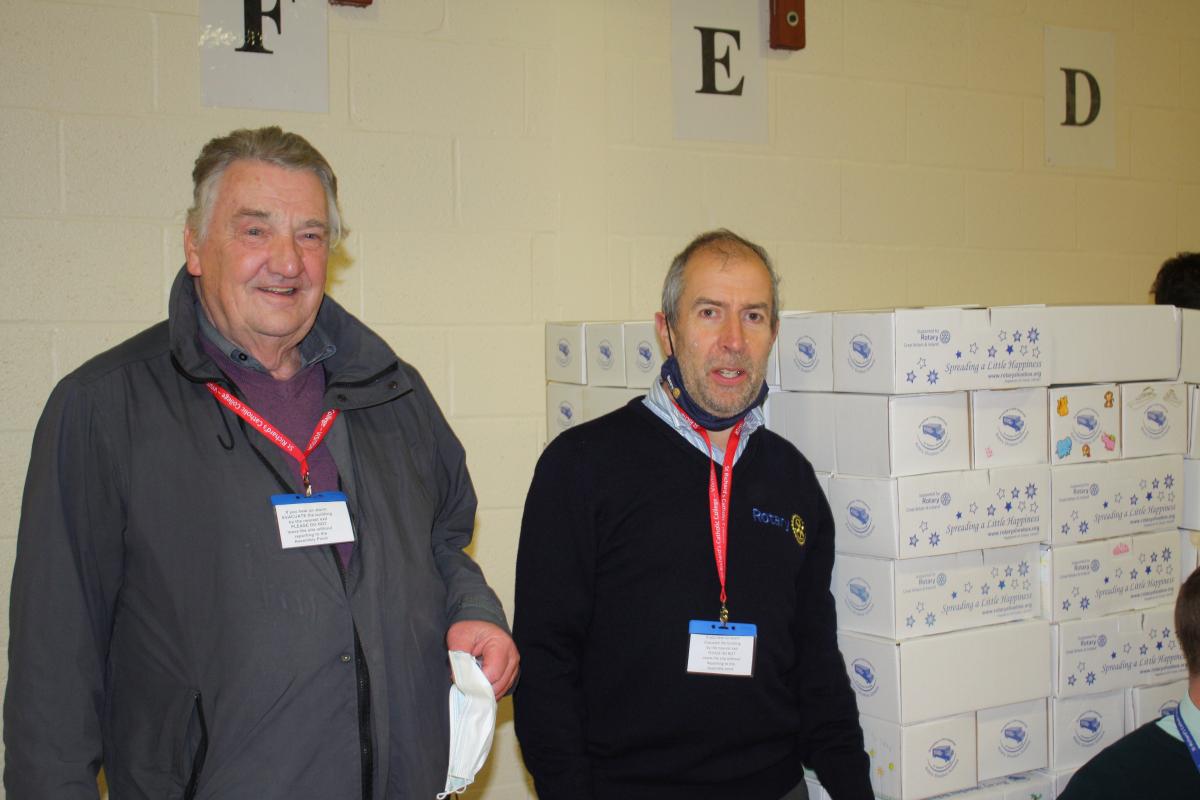 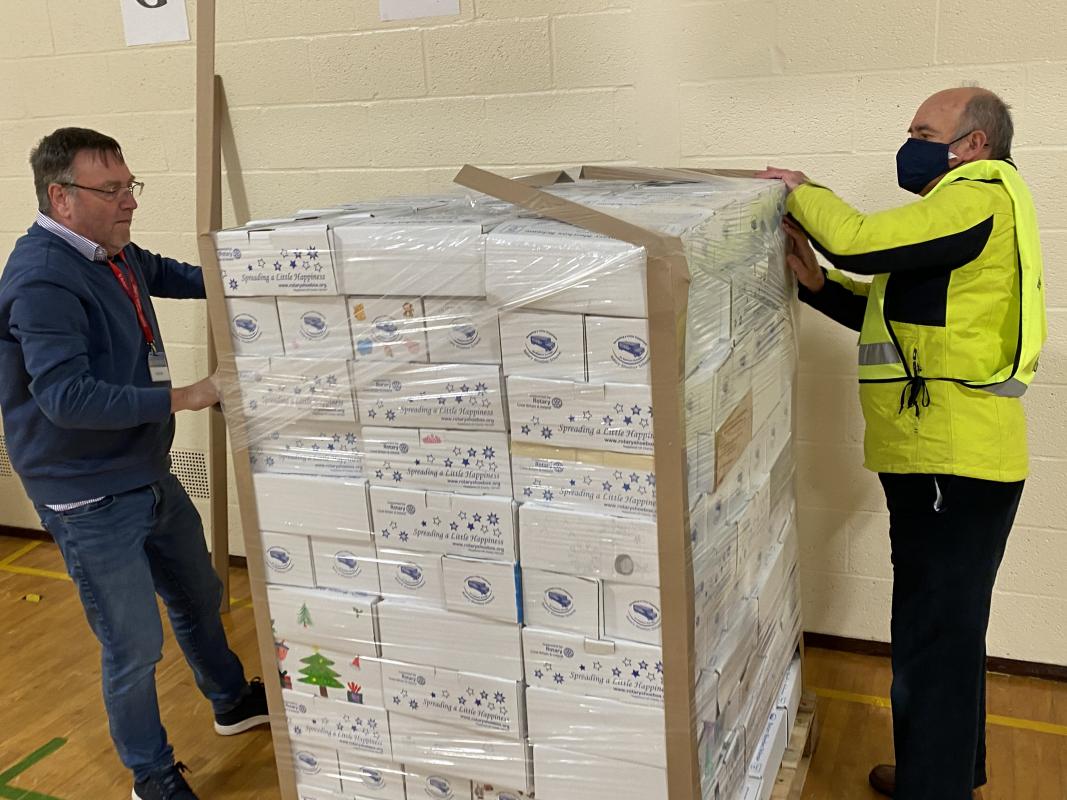 The Interact Club at St Richard’s Catholic College was set up many years ago with help from Bexhill Rotary Club. The two organisations have combined forces this month to support the Rotary Shoebox Scheme, which encourages people to donate a shoebox filed with gifts for a child, or a family, living in some of the poorest countries in Eastern Europe. The charity suggests appropriate gifts,  which include things that we might assume to be basic household items, such as toothpaste and soap, that are hard to come by in some deprived communities.

Whilst both groups have been involved in similar schemes in the past, the response this year has been exceptional. St Richard’s pupils, under the guidance of teacher Mr Eyre, have donated almost 600 filled boxes, with one pupil alone being responsible for 18! Bexhill Rotarians have filled almost ninety whilst Rotarians from clubs at Eastbourne, Sovereign Harbour, Eastbourne Sovereign and Uckfield have increased the numbers by another hundred and forty.

The filled boxes were collected at St Richard’s and by the time they were all in place, they filled three pallets to head height, as you can see in the accompanying photographs, showing Interact President Daniel Baszczak and Andrew Deans, who contributed the most boxes, standing alongside one pallet, whilst Rotary President Stephen White, assisted by John Meadows, finalises the wrapping of another.

Stephen White, President of Bexhill Rotary Club, said “This has been a great effort by many people, especially the pupils at St Richard’s. This is the first time we have widened the collection to other clubs in the area and hopefully we can build on this year’s support in future years. The great thing about the Rotary Shoebox Appeal is that it is not just a Christmas appeal: it is an all year round effort to support people whose lives might be improved by these small acts of kindness.”

If you would like to make a donation to the scheme, please contact Rotarian Geoff Longmire using the link below. 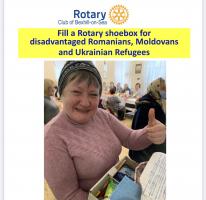 more The boxes have started the journey. See below for bank details for cash donations. Over £1,700 raised so far in cash donations for our Ukraine appeal. 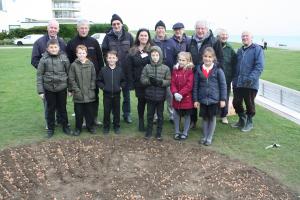 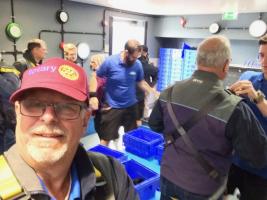 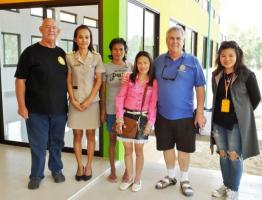 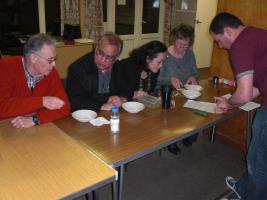 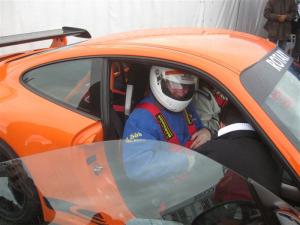 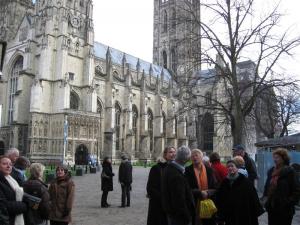 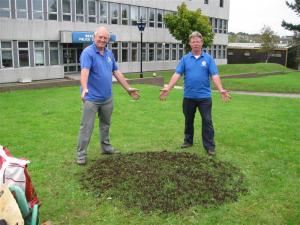 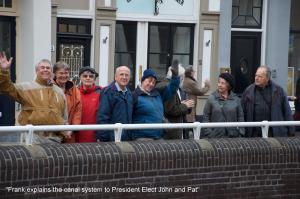