Rotary is sad to announce the death of one of our longest-serving and much-loved friend, Mike Clutton 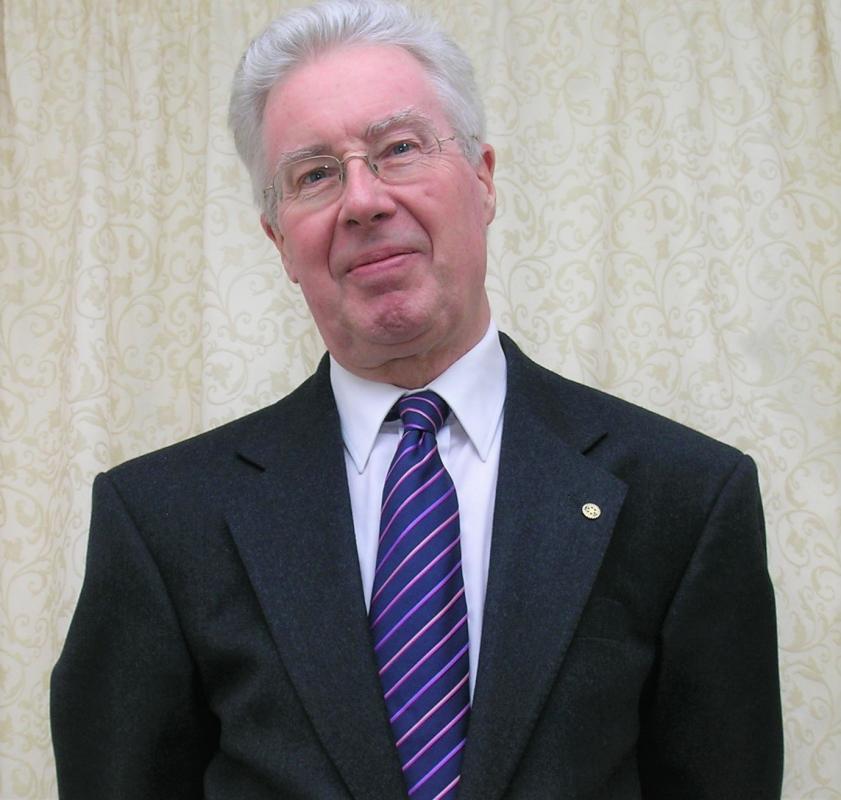 Llandudno Rotary has lost one of its most long-serving, devoted and distinguished members, Michael Clutton, who has died a few months after his 80th birthday joined Thornton Heath Rotary in 1995 and when he and Anne retired to Llandudno Mike joined the Llandudno Club in 1999. He has always been a true Rotarian – someone who never really sought office but who also never stepped back when called on to serve

He served in good measure; as President of the Club in 2003/04 and again in each of 2014/15 and 2016/17, on each occasion to fill a void of that time. Mike also served as an Assistant Governor and, true to his “never step back” philosophy, agreed to fill the place vacated by the premature death of a District Governor Elect, which then led to Mike being the second Member of the Llandudno Club ever  to be District Governor in 2009/10, in the (then) 82 years of its history

Mike’s warm and friendly disposition and terrible jokes sometimes belied his commanding and impressive persona and he earned huge respect for his work as a Community Service Chairman and Editor of the Club’s bulletin plus the innumerable behind-the-scenes actions that a good Club member will do almost unthinkingly, to keep the wheels turning

Mike is yet another Rotarian who was born in Wales, spent most of his career elsewhere, and then heeded the call of his native country and returned. Mike’s early career as a lab. assistant evolved into a 34 year banking career, originally with the Westminster Bank, before it merged with National Provincial, to become the Nat West. Like so many Rotarians, Mike created and built his career through industrious study and application, rather than by being blessed with a privileged background or contacts and it was studying for the Institute of Bankers exams at evening class that opened up success to Mike.

Incredibly, as well as being an active Rotarian, Mike somehow found the time to be a lay preacher, regular bowler at Craig y Don, train enthusiast and Crystal Palace aficionado – and will be sadly missed by all who knew him in all those activities.

Mike leaves his wife Anne and their daughters Sarah and Rachel; he was Taid to his adoring grandchildren.