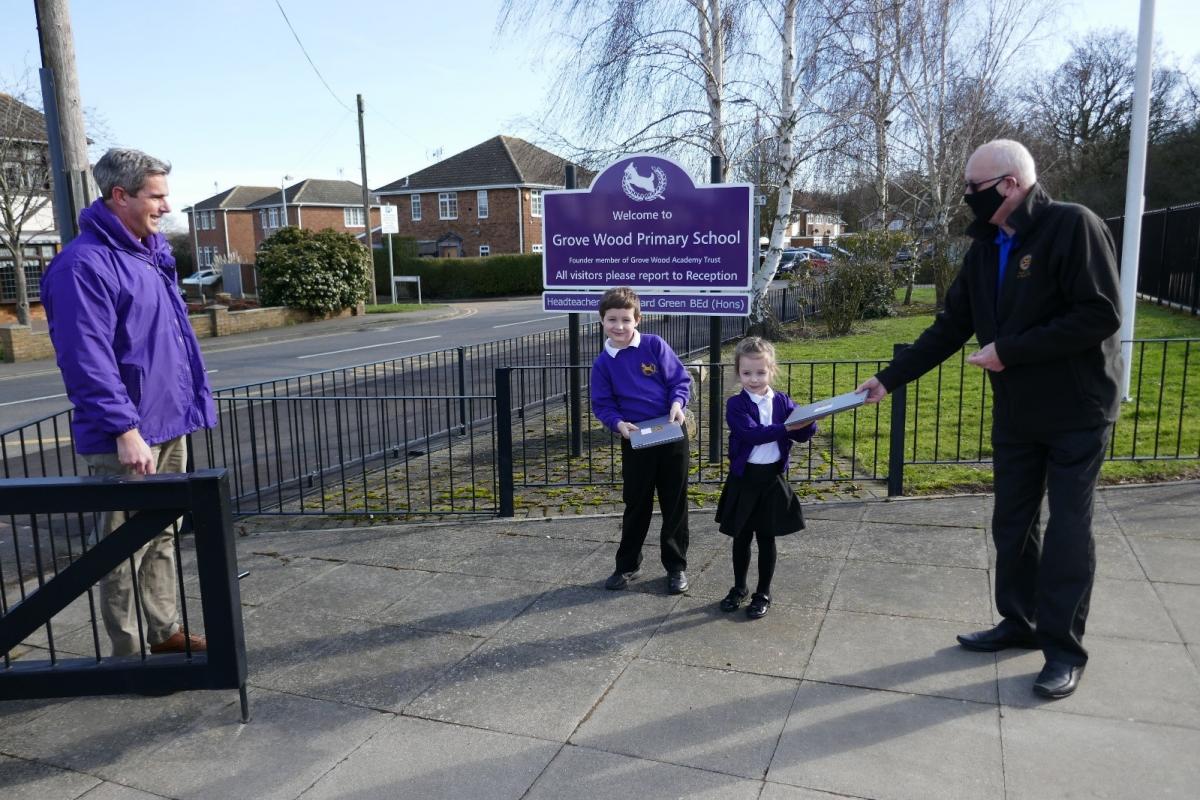 Continuing the club’s project to donate laptops to schools where there is a lack of computers to enable all the children in lockdown to participate in home schooling, President of the Rotary Club of Rayleigh Mill, Dr. Geoff Kittle presented two laptops to the pupils of Grove Wood Primary School.

John Fairweather, Community and Vocational Committee Chairman had previously conducted a survey of local schools to determine which schools lacked sufficient computers to ensure that all pupils were able to participate in home schooling. Two schools, Glebe Primary School and Grove Wood Primary School indicated that they had a need of a number of laptops.

Head Teacher, Richard Green, explained that despite distributing all the available school’s computers and those obtained through the Government scheme, the school still had a shortfall in the numbers of computers available for home schooling.

Mr Green expressed his gratitude for the donation and stated that, when the current lockdown ends, the computers will be returned to the school where they will be put to good use for general teaching in the school.

Geoff Kittle added that one of Rotary’s areas of activity is Education and that the Rotary club is keen to support our local schools through the difficulties of lockdown.