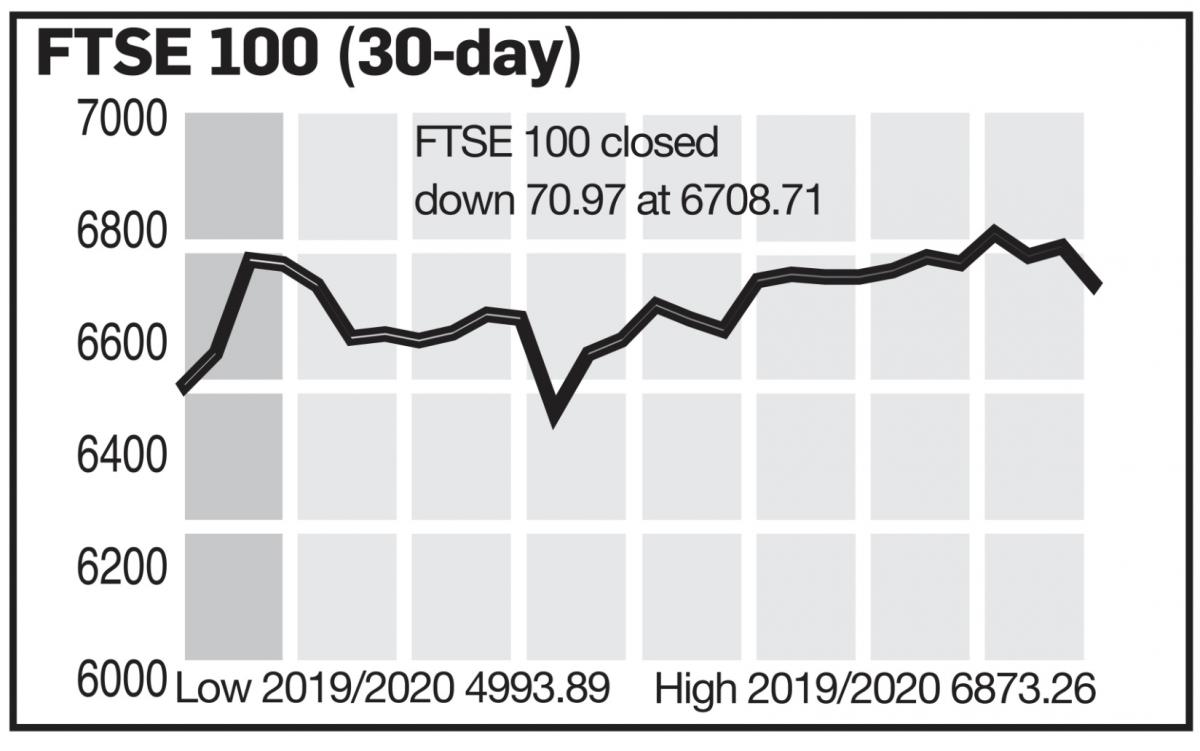 Last week’s leader Gavin Riddell holds on to his lead but Ginger Biscuit with a gain of £1404, (the best in our contest this week) moves into second. Michael Riddell lost £1424 but remains in third due to previous gains.

Mover of the week is Nick Dougan up 21 places with Doreen Riddell (+£1238) up 19 and both Mark Avery and Joyce Durkie (+£1365) up 18 places. Biggest slider is Dave Riddell down 29 places with the greatest weekly loss of £1949. Hibby Dave and Andrew North also drop 16 places. At the foot the three tail enders remain the same.

News of the worsening public finances hit already pessimistic trading. The FTSE 100 index fell in line with many of the major European indexes.

Oil stocks led the charge into the red in London. Crude prices were down sharply at the end of the week as the price of benchmark Brent crude is to hovering around the $63.50 a barrel mark, down around 7% from above $68 a barrel on Thursday. Shares in London-listed major oil companies fell BP (-5.2%), Royal Dutch Shell (-6.3%).

European countries resuming the use of AstraZeneca’s dose, ended an uncertain week around vaccinations and boosted hopes for a sustained global demand recovery. Its share price gained 2.3% on the week.

The biggest risers were as follows:

Mining, Financials and Media sector shares ended the week negatively but the lowest fallers of the week were as follows:

For those interested in which shares are creating the most influence on entrants fortunes, since 1st February the best shares to be in are as follows:-