In our competition those holding International Consolidated Airlines benefited the most in terms of leaders and movers. Gavin Riddell has regained the lead, 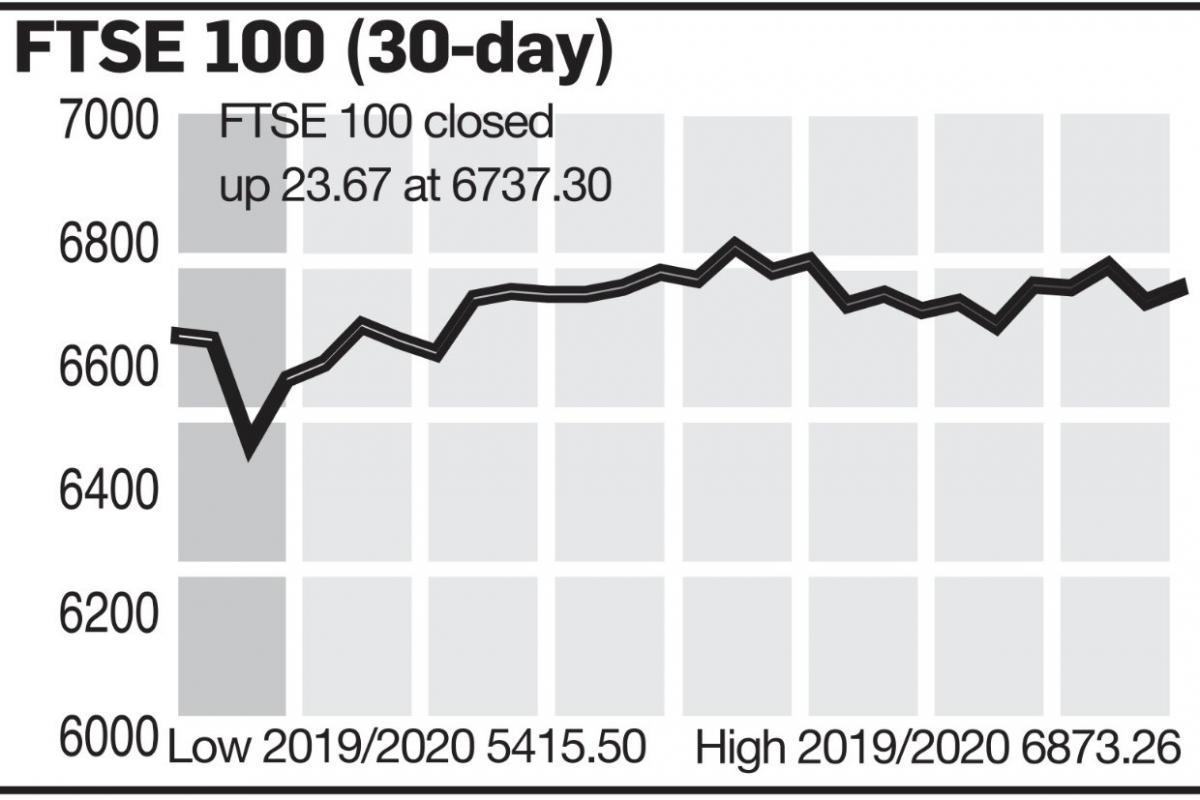 Despite hopes of a swifter economic rebound, it was not the most exciting week in the FTSE 100. There was a relatively calm ahead of the long Easter weekend ending the week at 6,737.3 against 6740.6 the previous week.

In our competition those holding International Consolidated Airlines benefited the most in terms of leaders and movers. Gavin Riddell has regained the lead, Ginger Biscuit drops to second and Michael Riddell is back up to third with KC1 and Lewis Grieve now in the top five.

The above happened against a background in which Sterling hit a 14-month high against the euro, while also strengthening against the dollar. The pound had its best quarter against the euro since 2015, up about 4.8pc, due to the UK’s speedy vaccination rollout and relief a no-deal Brexit was avoided when the transition period ended on December 31.

European markets were subdued after French president Emmanuel Macron launched a four-week lockdown from Saturday. The mood in the US continues to be more bullish amid optimism of a further $2 trillion stimulus package there in infrastructure spending on top of last month’s $1.9 trillion stimulus bill.

Stock market story of the week was the disastrous launch of food delivery company, Deliveroo - which is not part of the FTSE 100 – but plunge massively on its stock market debut.  It hit the confidence of the sector however with JustEat – Takeaway shares falling sharply.

Mining stocks, including Rio Tinto, Anglo American and BHP, were among the best movers. Fashion retailer Next rose 2.8%, even after it reported a halving in annual pre-tax profit when stores were ordered to close during the pandemic.

The greatest lift, however, was British Airways’ owner IAG, which rose 6.7% on the week buoyed by recovery hopes despite the ongoing uncertainty over when travel may be able to resume. In a similar vein, aerospace engineer Rolls-Royce wasn’t far behind.

Aveva’s software is used in everything from the production of Danone yogurts to the machines roasting Starbucks coffee beans - and it estimates it will make £1.2 billion in annual revenues and an estimated operating profit of around £330 million post-merger.

Four more weeks to go and 62 out of our 115 entrants are up since 1st February. Just what happens over the remaining weeks who knows?