Our 94th Charter Night Celebration was held over Zoom on Thursday 29 April. As speakers, we had three Ipswich Town players of the 1970s and 80s: Brian Hamilton, Russell Osman and Terry Butcher. It was a great evening. 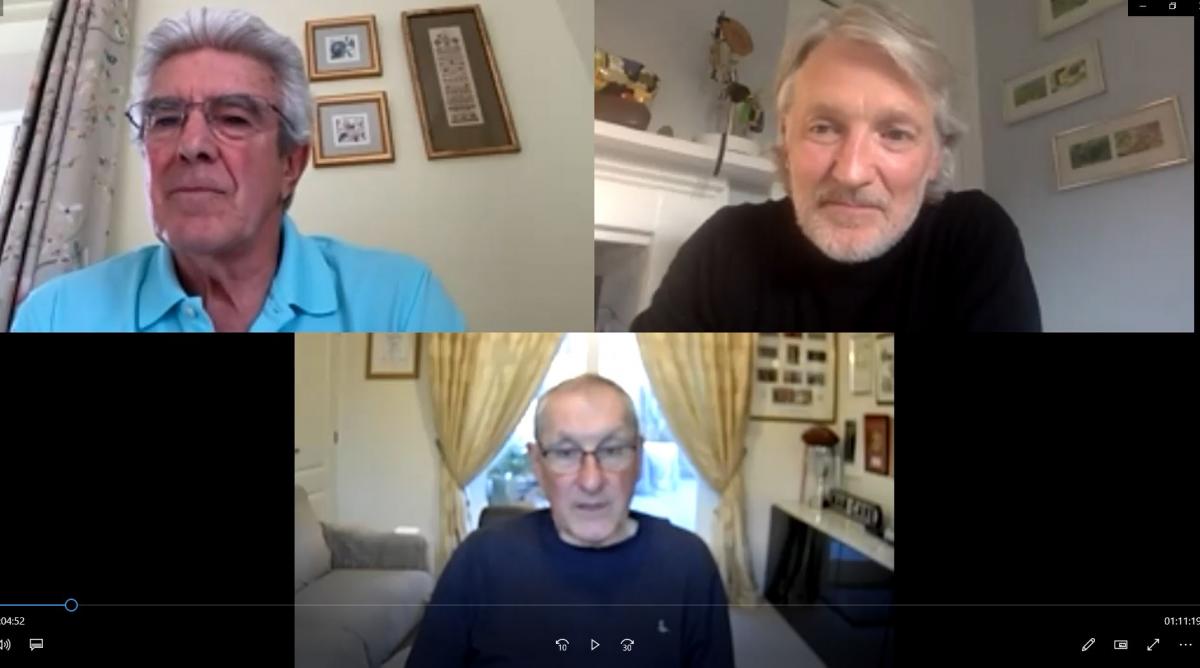 A great night with ITFC

We were delighted to invite Brian Hamilton, Russell Osman and Terry Butcher to relive those great days at Portman Road in the seventies and eighties when the Town were a real power in the football world. As you can imagine they had some great stories to tell about the Robson years but they also had interesting personal experiences: Brian playing along Georgie Best; Russell appearing in the film ‘Escape to Victory’ with Michael Caine, Pele, and Bobby Moore; and Terry Butcher’s experience with Paul Gascoigne and also the international game in 1989 where he received a bloodied face, the photo of which appeared on every national and international sporting page. Then we had a question-and-answer session between the trio and the Rotary Club of Felixstowe and their friends. It was a very interesting evening.

We are proposing that all the proceeds from the event go to the Ipswich Town former players charity. You have to remember in those days there wasn’t the money in the business that there is now and unfortunately several players have fallen upon difficult times. 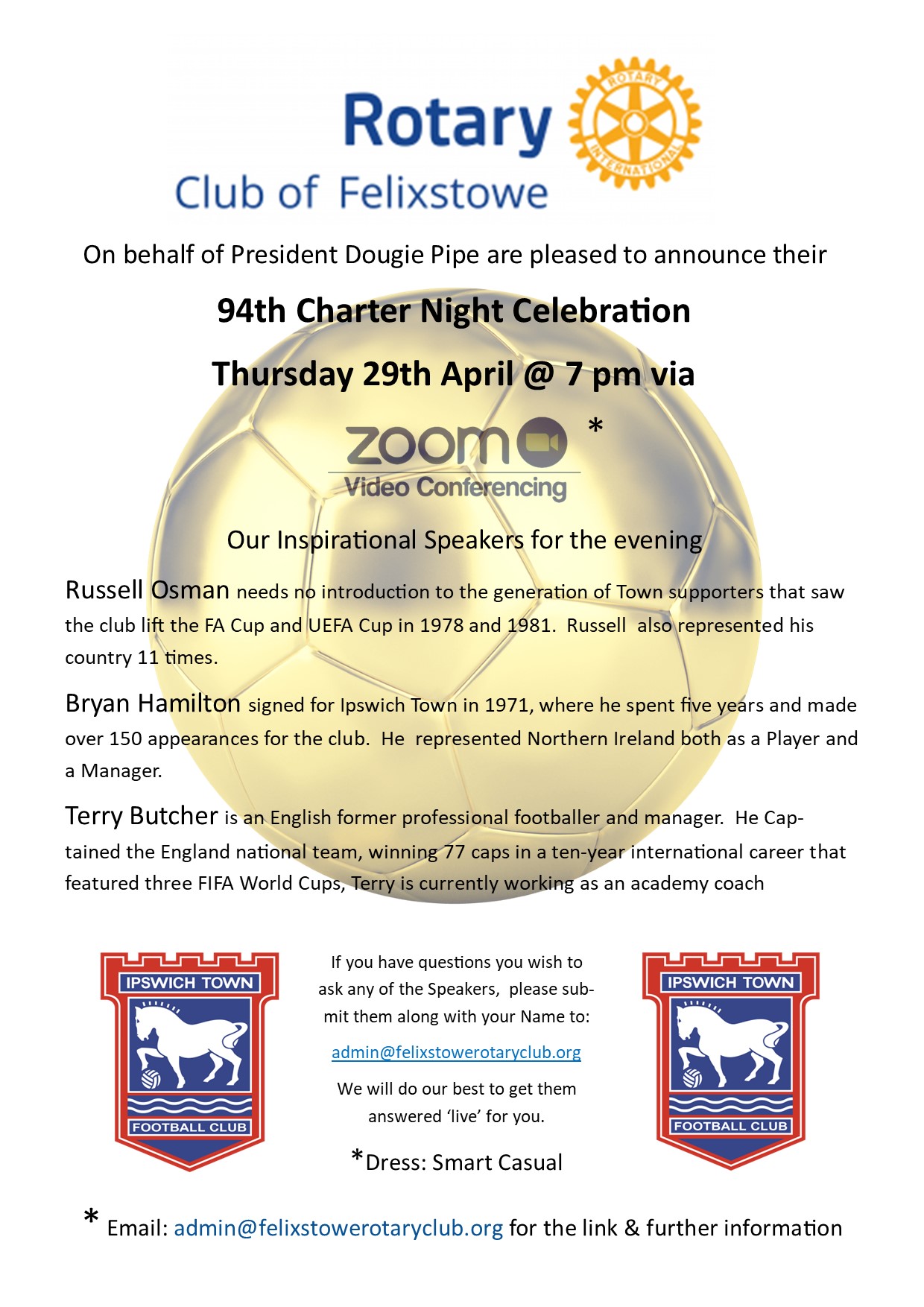 more Meeting on 7 April, we were again pleased to welcome a new member when we inducted David Day into The Rotary Club of Felixstowe.

more It was great to get together at the Orwell Hotel on Thursday 21 April for our Charter Night. And how better to celebrate than with Ipswich Town’s Russell Osman and Terry Butcher.

more Meeting on 17 February, we were very pleased to induct Rob Keus into The Rotary Club of Felixstowe. Our third new member in recent months.

more On 14 October we met together for the induction of Ian Gray into The Rotary Club of Felixstowe. (That’s the second induction in two weeks.)

more It was great to be back to meeting together in the Orwell Hotel for the induction of Nick Barber into The Rotary Club of Felixstowe on 7 October.

more Here we see Mark Davis, the winner of this year's competition.

more It was great to get together under the Felixstowe Golf Club marquee on 24 June to mark the start of the new Rotary year and Bryan Boreham’s presidency, along with the award of a Paul Harris Fellowship to Rotarian Richard Bugg.

more Andrew Rowdon travel agent and Rotarian of Rotary Club of Felixstowe has been awarded highly merited awards for his outstanding work for the travel industry.

back Our Club at work and play