The Foundation of a Builder's tea party!

Wickford Rotary get together and raise a bit for Foundation 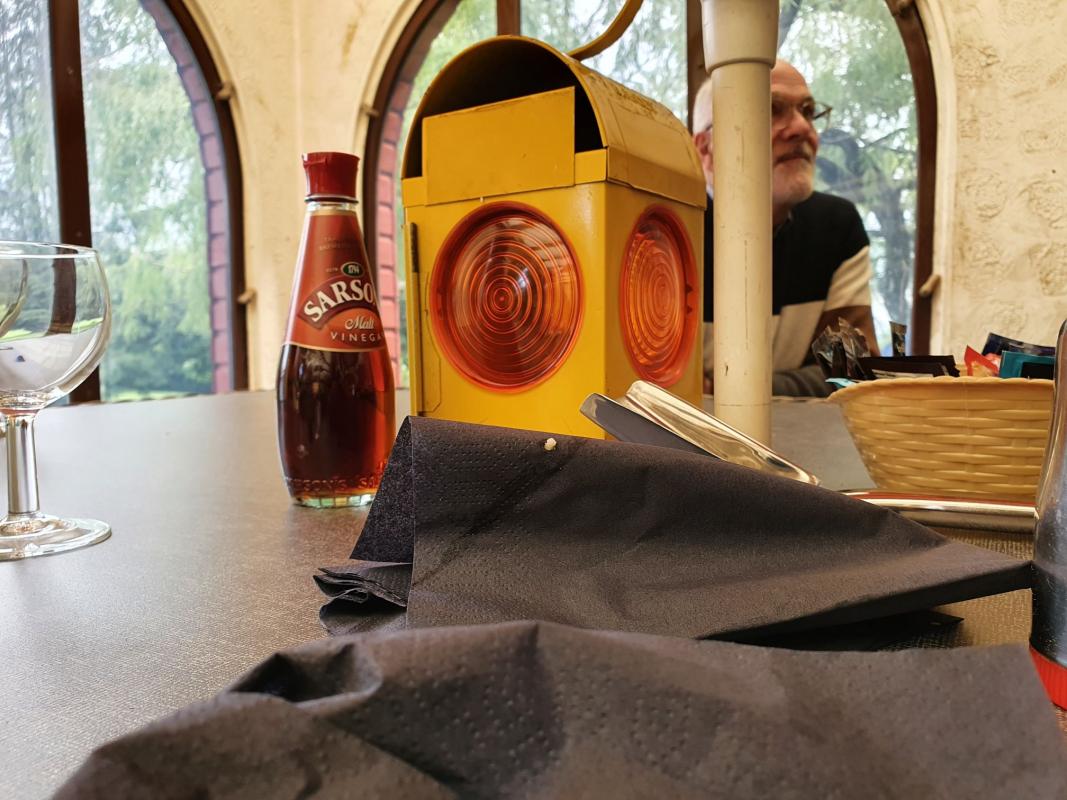 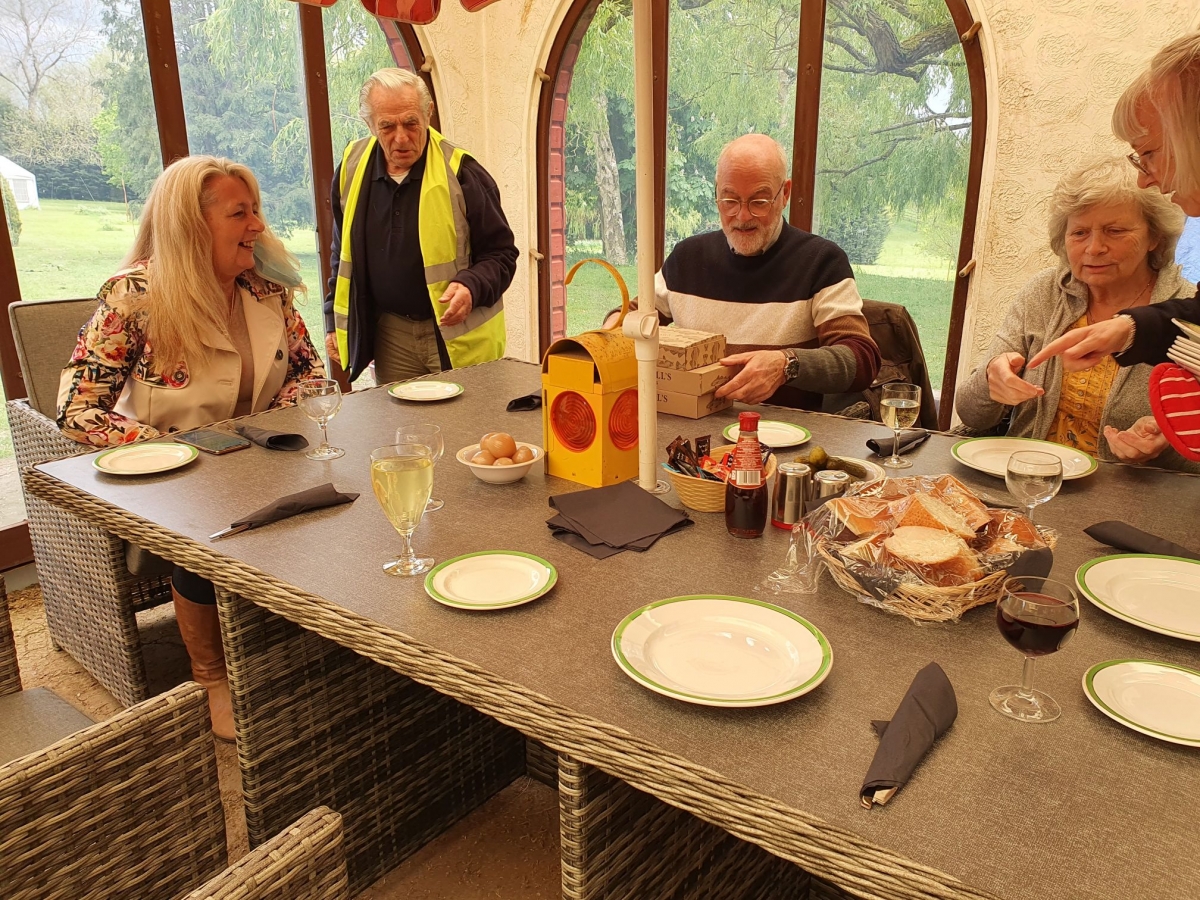 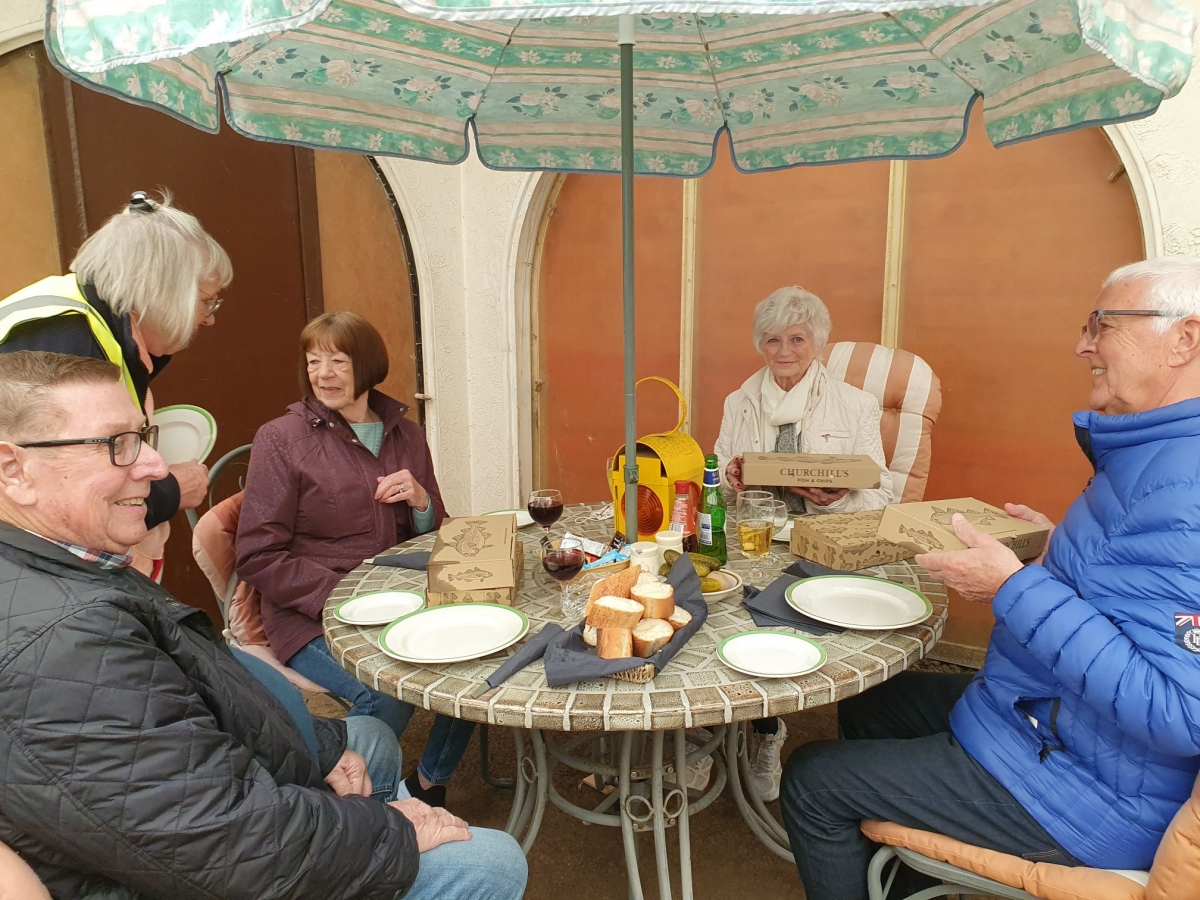 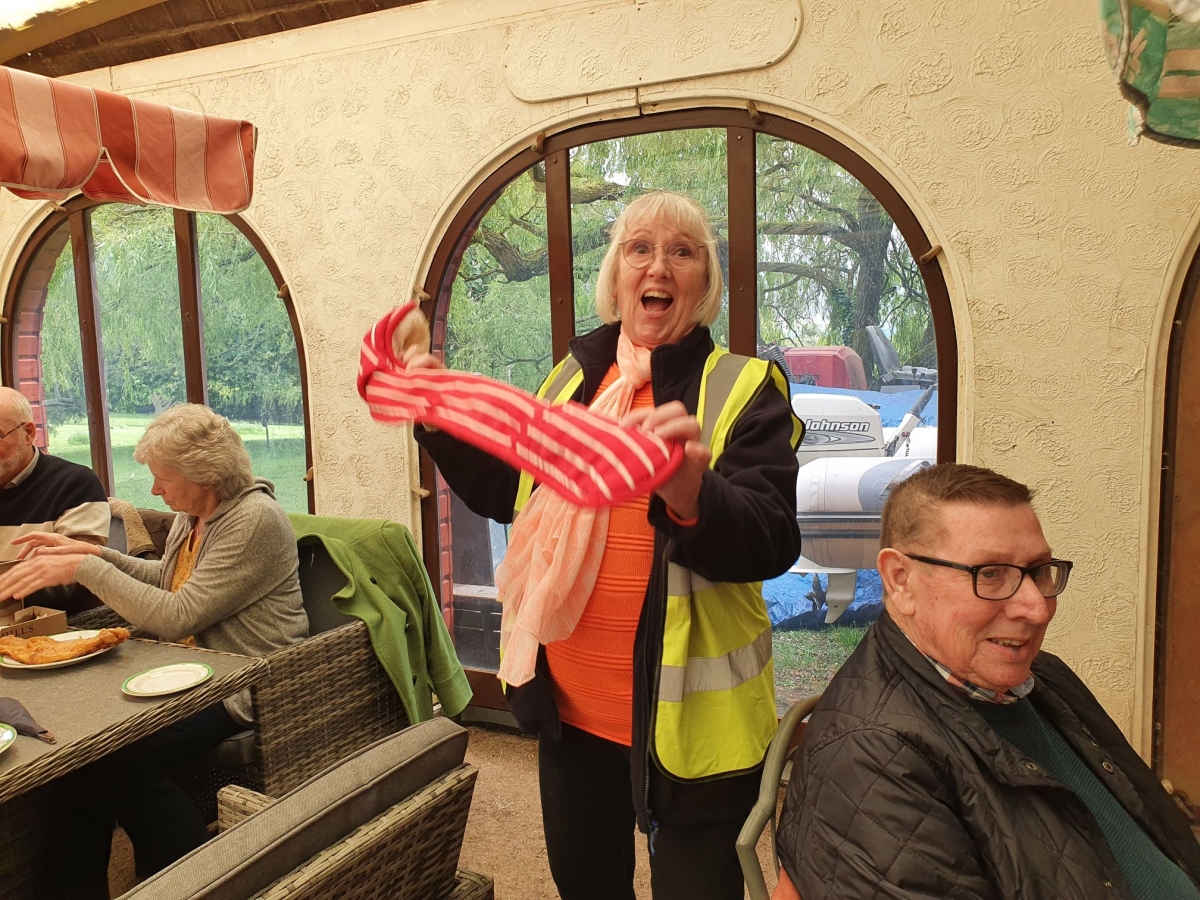 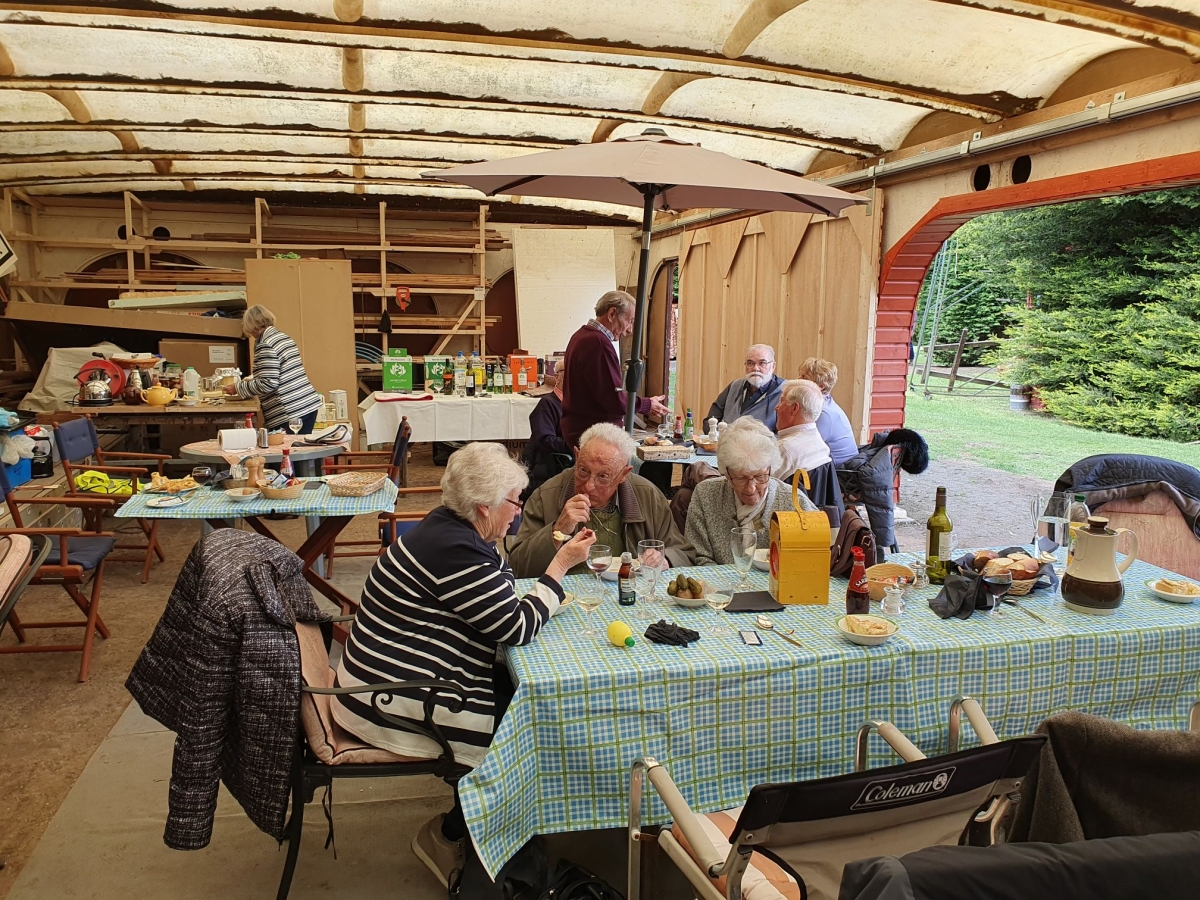 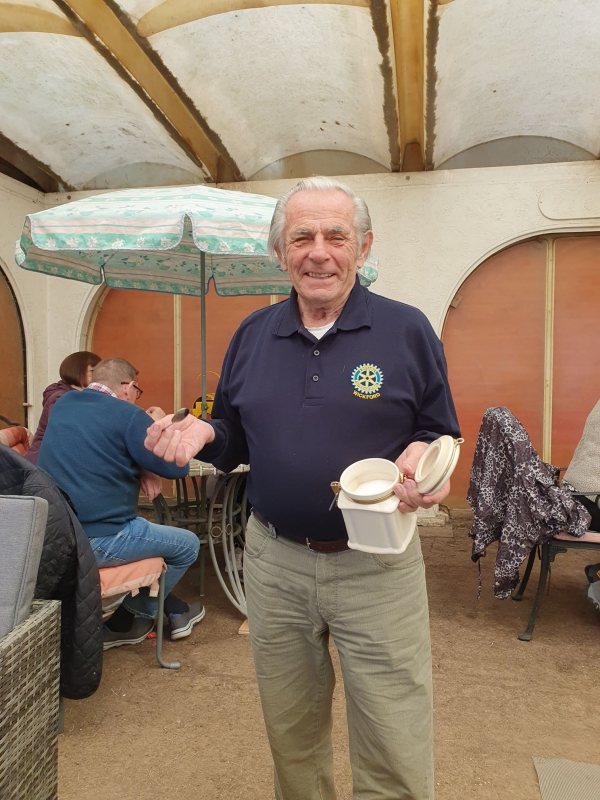 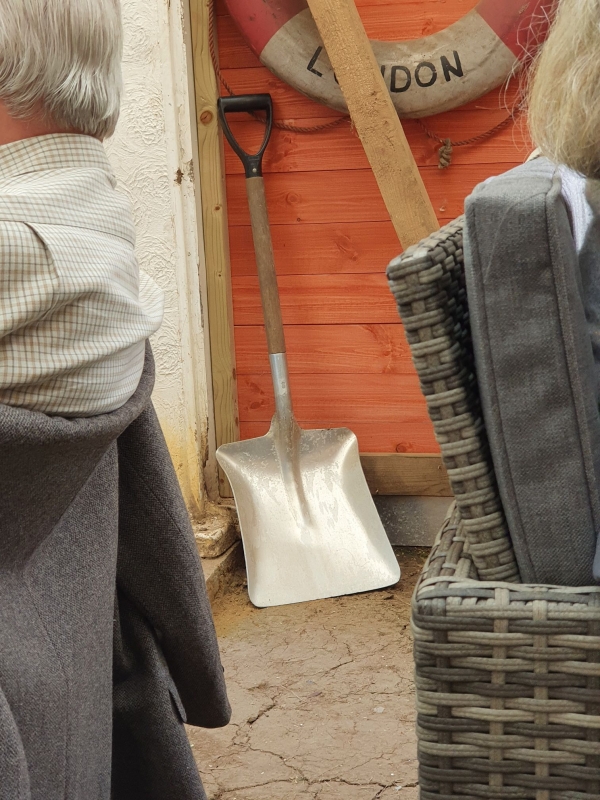 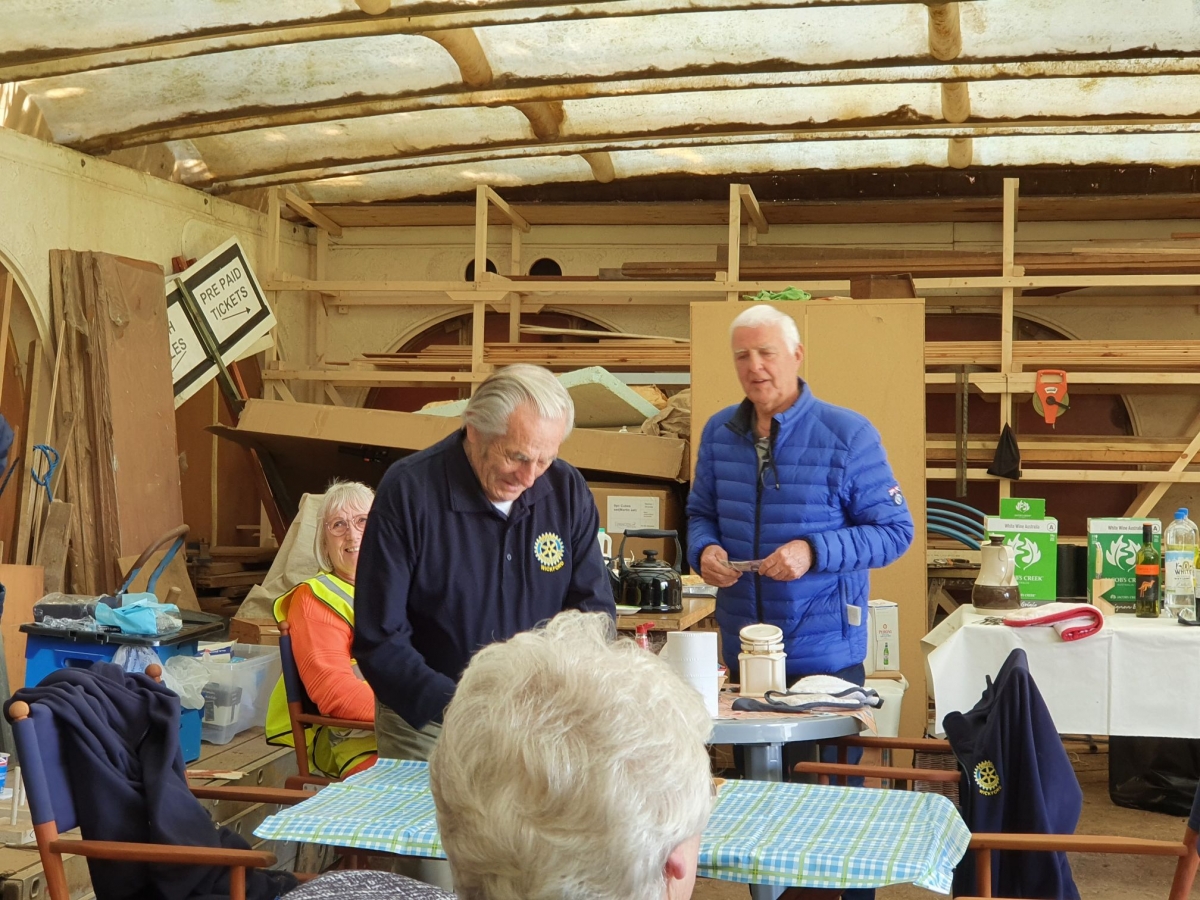 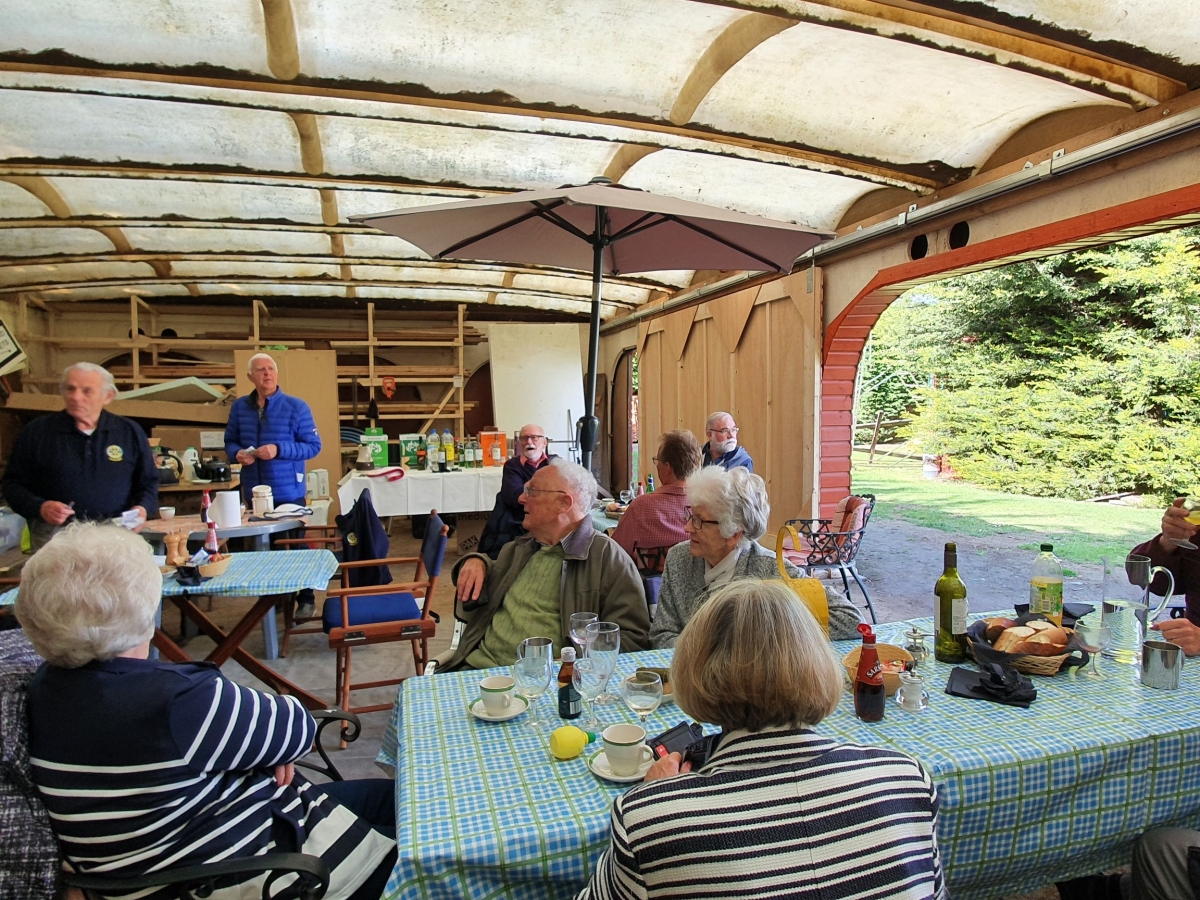 Now that we're allowed to get together again, the members of Wickford Rotary Club gathered for a Builder's tea party to enjoy each other's company and raise a little money for Foundation!

Initially planned as a Builder's themed garden party the weather had its part to play and so the event was moved into a Builder's workshop, quite apt under the circumstances.

Fish and Chips and lashings of builder's style tea was served by Builder Peter his Builder's Mate Pauline and their helpers, to a group of members and spouses adhering of course to the "Maximum 30" rule. Actually, none of us were under 30, but we acted like kids!

The joy on the faces of Rotary friends who had not seen each other for many months made the event even more special, and the event made a profit of £250, which will go to the Rotary Foundation fund. 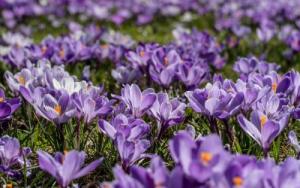 more When you walk through the Memorial Park in the Spring, and you see loads of purple crocuses, think of the Rotary Club of Wickford! 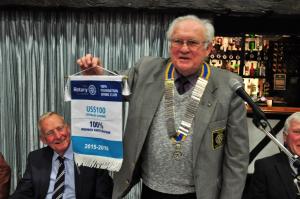