Four of our members were this year honoured with a Paul Harris Fellow award for their outstanding contributions to the club and the community. 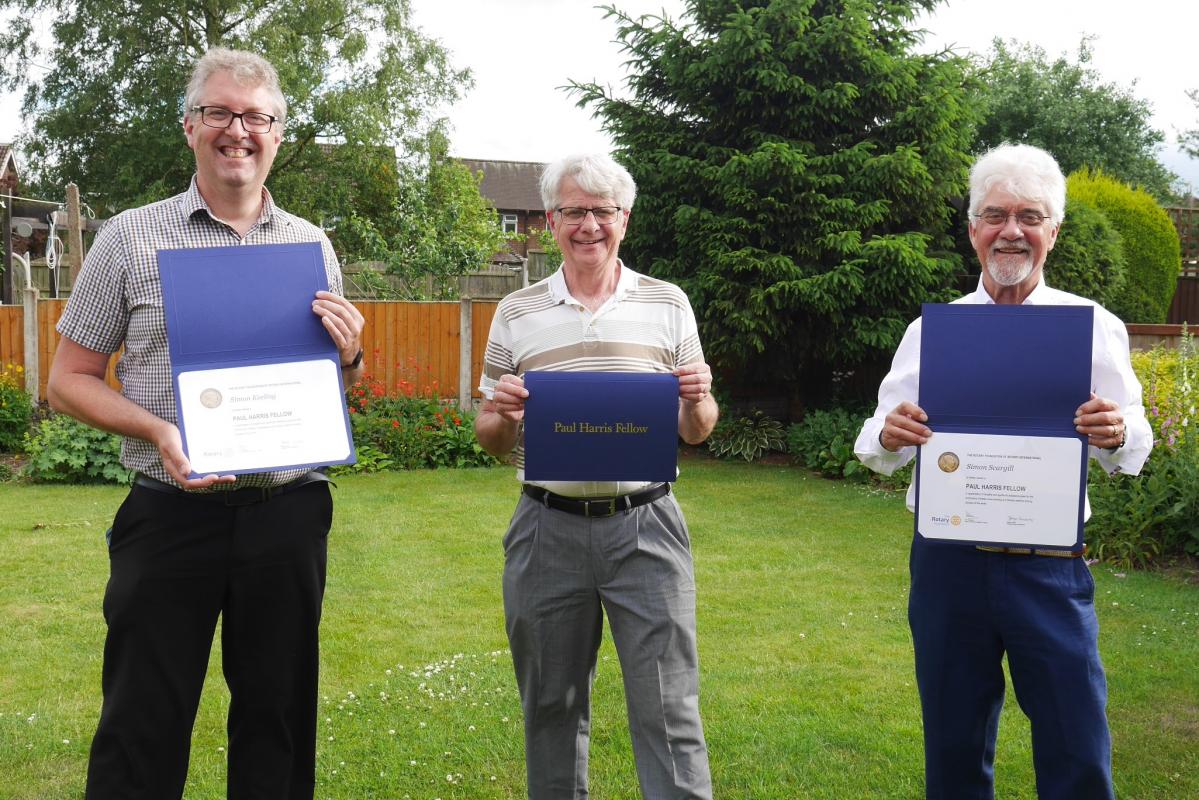 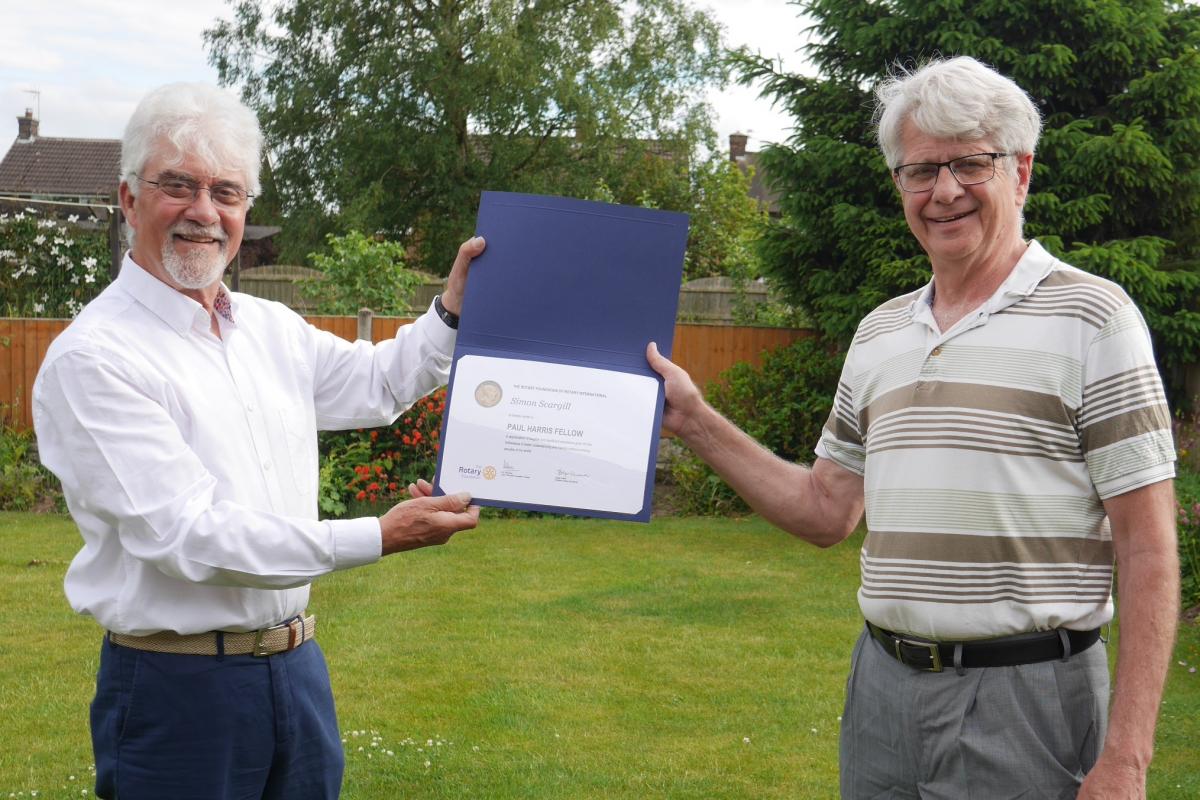 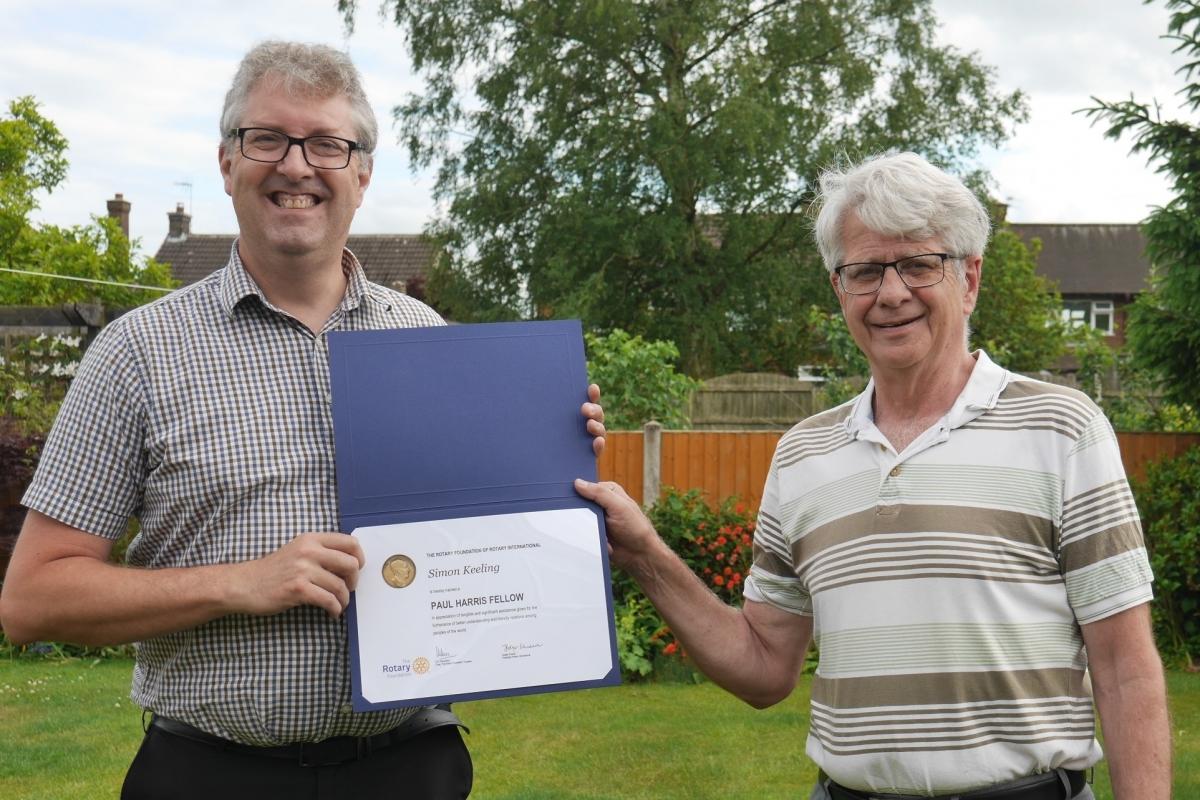 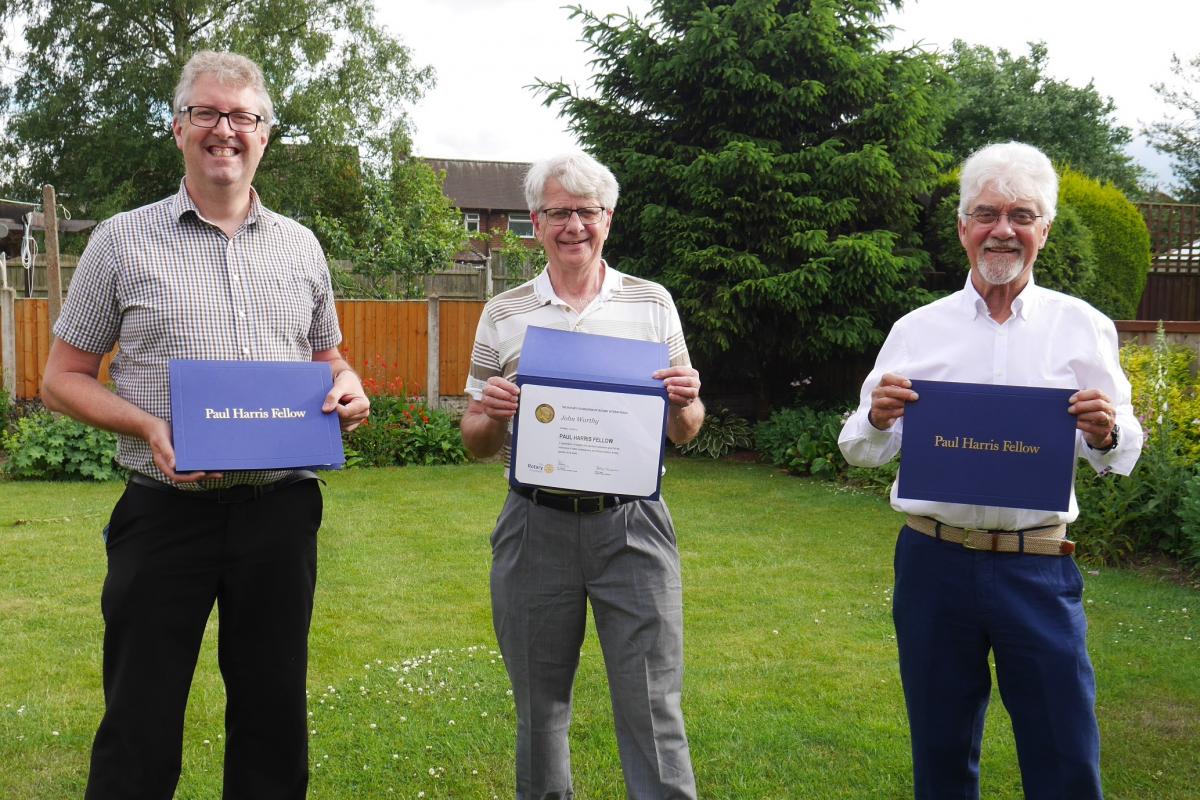 This year we were proud to present Paul Harris Fellow awards to four members that have given an outstanding level of support to the Club and the community over the years but especially during this challenging year, during the pandemic.

Club President Les Bryan was honoured for his exceptional leadership to the club and the membership in a very challenging Presidential year as well as his support throughout his nearly four years since joining Rotary. President Les has led by example and has been involved in a wide range of Rotary projects in the community including the Derby Arboretum's Loudon Lodge restoration, collecting clothes donations to support local refugees and planting crocus corms to promote End Polio Now as well as many more.

Simon Scargill's award was for his exceptional service over a number of years in the International team, which was acknowledged in particular by John Fell during John's Presidency in 2008-09.  He has always been a ready contributor at club meetings, and more recently continues to serve assiduously in the very important role of the club's Safeguarding officer, supporting successive Presidents in all aspects of compliance with relevant UK laws applicable to Rotary clubs.

Simon Keeling received his award  in recognition of his work with the Club's Satellite group since its inauguration. Simon has also been instrumental in re-invigorating the Club's website and social media as well as supporting the development of online meetings and fundraisers and his very active organisation of and participating in community events.

John Worthy's Paul Harris Fellow award was not only for his running of the hugely successful 'Love in a Box' shoebox scheme since its inception, but also his active participation in the International team, his work in setting up the Woodlands Interact club and his efforts in promoting Rotary to friends and family. 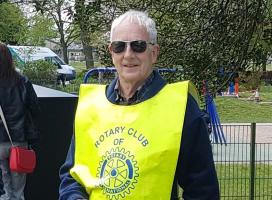 more We welcome guests and visitors to our meetings without any pressure to join, please do get in touch if you would like to know more. 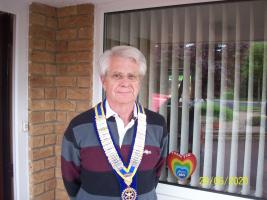 back During this current crisis our meetings have moved online. We are still involved supporting charities and causes and would love to hear from you if want to help.