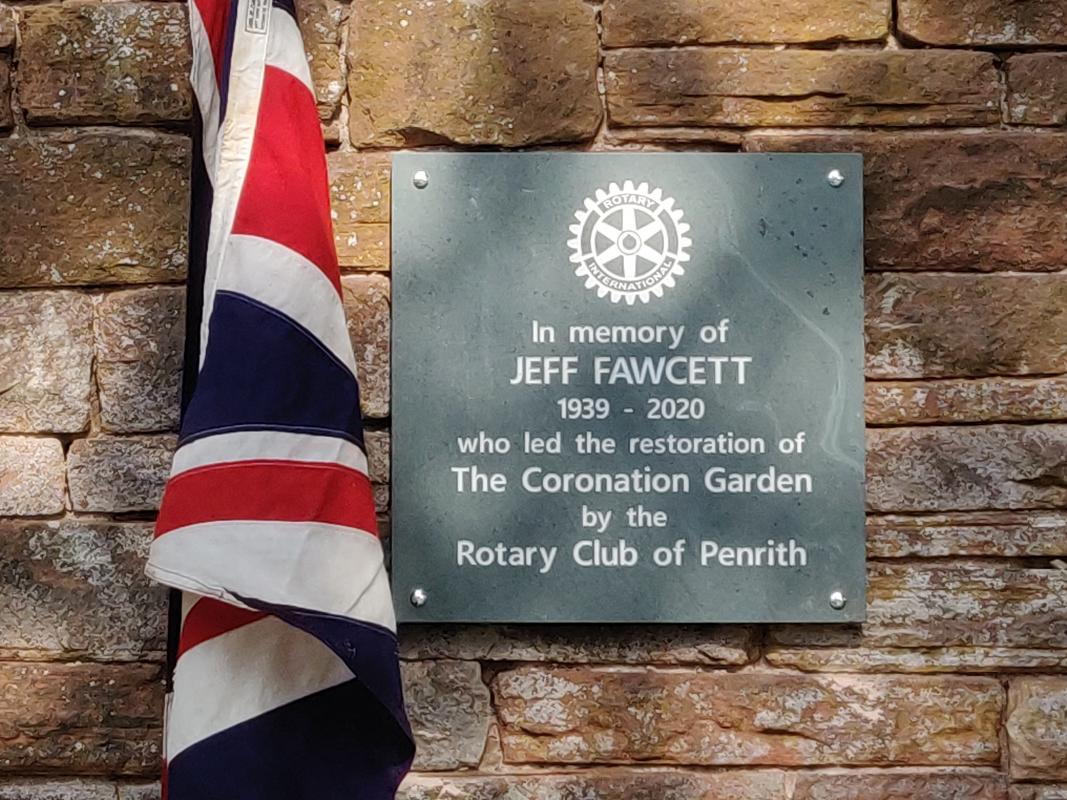 Unveiling ceremony at the Coronation Garden

In glorious weather a crowd assembled at the Coronation Garden for the unveiling of a commemorative plaque to Jeff Fawcett, leader of the garden’s restoration project, who died last year.

Members of his family were present. The event was organized by the Rotary Club of Penrith.

The speakers were (1) Dawn Smart, President of Penrith Rotary Club  (2) Charlie Shepherd on behalf of the Friends of the Coronation Garden  (3) Paul Brunsdon, Architect for Eden District Council  (4) Angela Rush, daughter of Jeff and Anne Fawcett.

After the speeches the plaque was unveiled by Jeff’s widow, Anne.

A tea was provided by 4Eden Café, during which the Penrith Town Band played.

Was born in Workington in 1939. At the age of 16 he joined the Cumberland & Westmorland Constabulary as a cadet and rose through the ranks. As a police inspector he graduated in law. He retired as the Assistant Chief Constable of the Cumbria Constabulary.

On retirement he joined Penrith Rotary Club, becoming an active member dedicated to charitable work. He was a member of the team that established the BEEP scheme in Penrith; was involved in fund-raising events in aid of Polio Plus; organized a walk across Morecambe Bay that had county-wide support and raised £17,000 for the polio-eradication charity; led a fundraising team which raised over £100,000 for the Ratlingate Scout camping centre; was chair of the Citizens’ Advice Bureau, Carlisle and Eden.

Jeff’s retirement was not all work and no play, as he enjoyed travel and was an enthusiastic member of the Wine Appreciation Society of Penrith.

Was opened in 1938 to commemorate King George VI’s coronation in 1937. It was a popular Penrith amenity, but over the years became run-down.

In 2012 Penrith Rotary Club and Eden District Council, working in partnership, were able to realise Jeff Fawcett’s vision for its restoration. Jeff was the driving force in securing a Heritage Lottery Fund grant of £200,000. The scheme involved protracted negotiations with planners, architects, design artists and landscape gardeners. He was supported by his fellow Rotarians, including the club’s oldest member, Peter Armstrong.

After the official reopening Jeff kept a close eye on the Coronation, often picking up litter and cleaning the information boards. 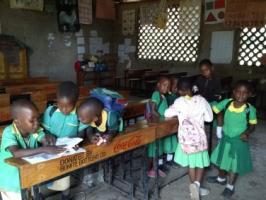 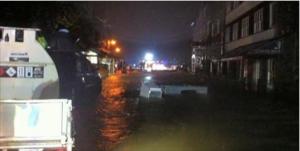 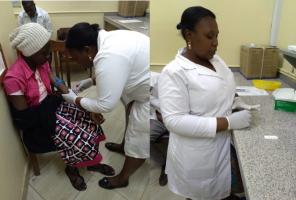