Update on how entrants portfolios are doing. 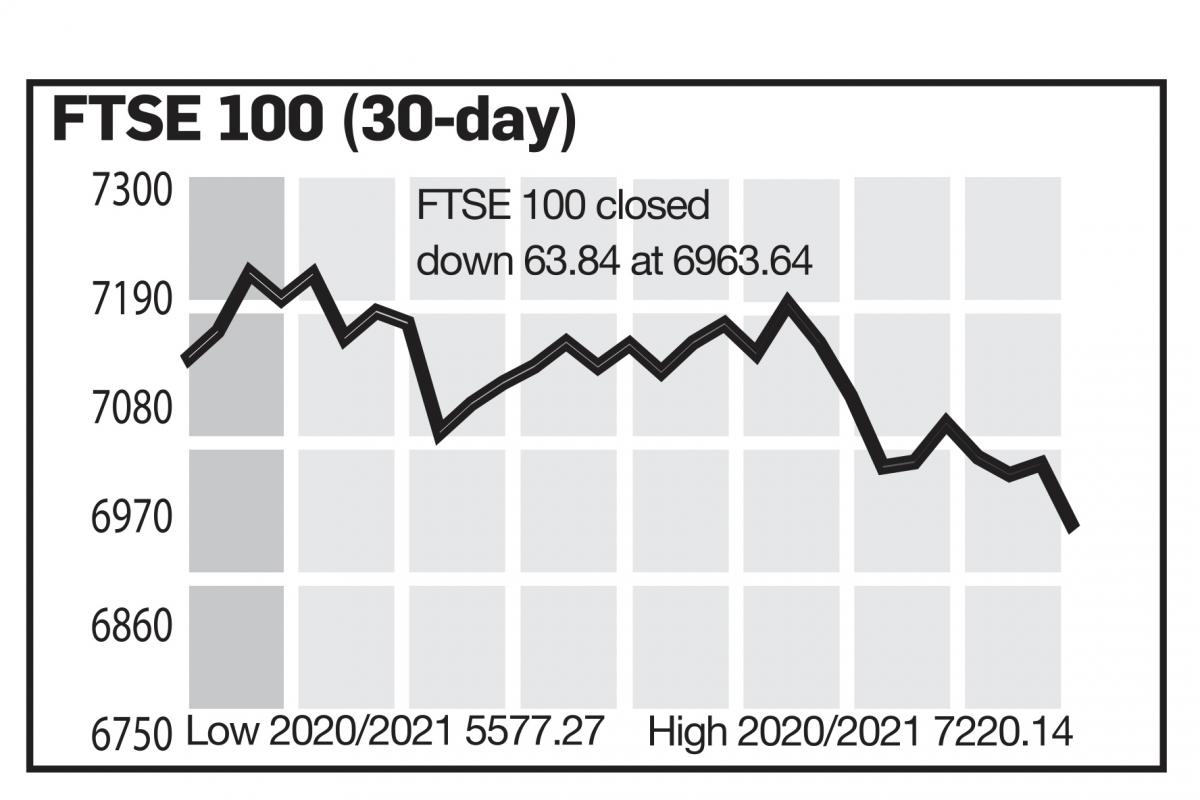 Congratulations to Maureen Walters who leads after Week 2 having made a gain of 2.8% over the last somewhat turbulent week in the FTSE 100. Maureen was one of only nine entrants to stay in the black after the five days of trading.

The FTSE 100 staged an impressive fall to close out the week, sinking to an eight-week low after an initially promising start to the day.  Having opened at 7029.20 on Monday, the index closed on Friday down at 6,963.64 – falling through the psychologically important 7,000 barrier.  It is the first time it has fallen below that since July.


In midweek the energy sector helped to push the FTSE 100 back up towards the 7,100 level, with BP and Shell outperforming, as power prices surged across Europe. The price of Brent crude oil rose 3% to $75.84, also helped to support BP and Shell.

Royal Mail had a good week up 2.5% after a report that it has agreed a deal with Amazon over a click-and-collect parcel service.

Rolls-Royce shares rose close to the top of the index after announcing a £189 million deal to sell its stake in AirTanker Holdings – a company which helps refuel fighter jets. At the end of the week RR showed a 1.8% increase.

Heading up the losers were:-

Antofagasta are copper miners and copper prices are rising but threatened strike action in Chile clearly affected the share price.

Back in our competition Maureen Walters’ portfolio grew by £1525 closely followed by Stuart Farquharson and Captain Slow.

There were spectacular leaps by Lewis Grieve and Ken Mackay up 39 places and 35 respectively. Likewise dramatic drops were experienced by Jean Spriddle down 54 places from 12th last week while both the The Economist and Alastair Noble dropped 34 places.

Interesting comment this week was that consumers are now doing things rather than buying things which might augur well for those invested in restaurants and pubs. There are plenty more weeks ahead to watch how your choices will perform and what factors will influence that.