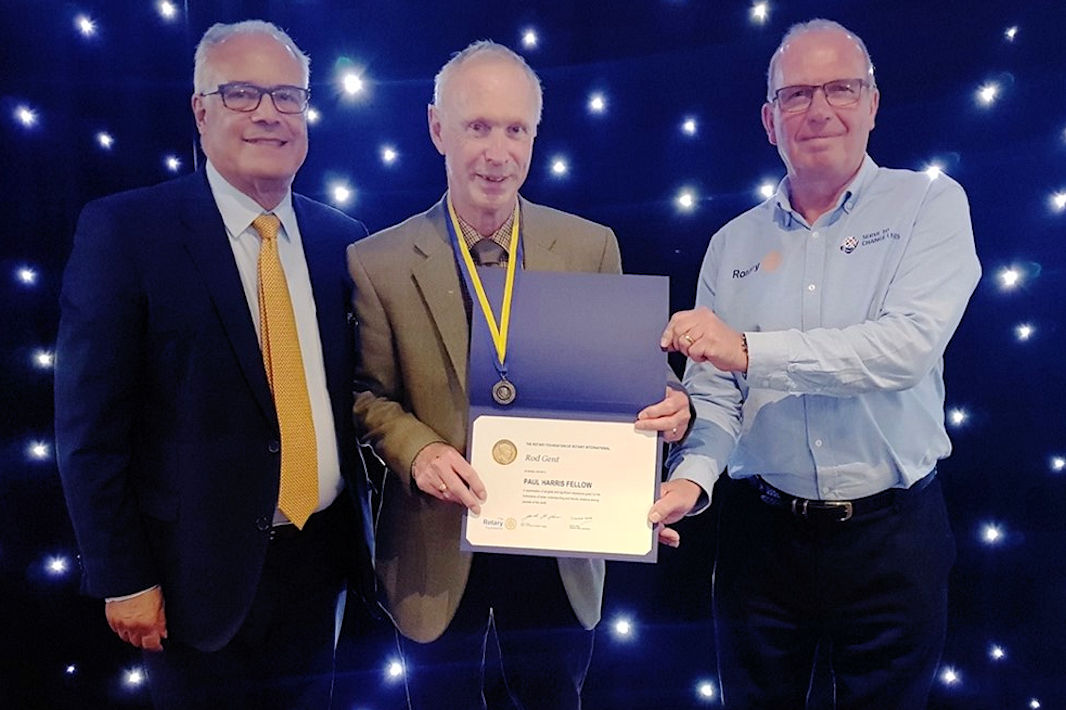 He was fundraising and social vice chairman for 2015/16, fundraising chairman the following year and then community and youth chairman in the year 2017/18.

His very special achievements include establishing the Carers’ Café in Burton.  He is still very much involved there and has also been heavily involved in raising awareness and supporting fundraising for the prostate cancer charity.

The picture above shows Rod receiving his Paul Harris Fellowship from District Governor Martin Bye, together with President Ben.

more An ex-president honoured for his work for COP26

back Enables invisible links from main pages. For current use, see below.