HARP feels the benefit of a bit of golf

The Rotary Club of Rayleigh Mill presents Southend's Homeless Charity, HARP with a cheque from the proceeds of the club’s Charity Golf Tournament 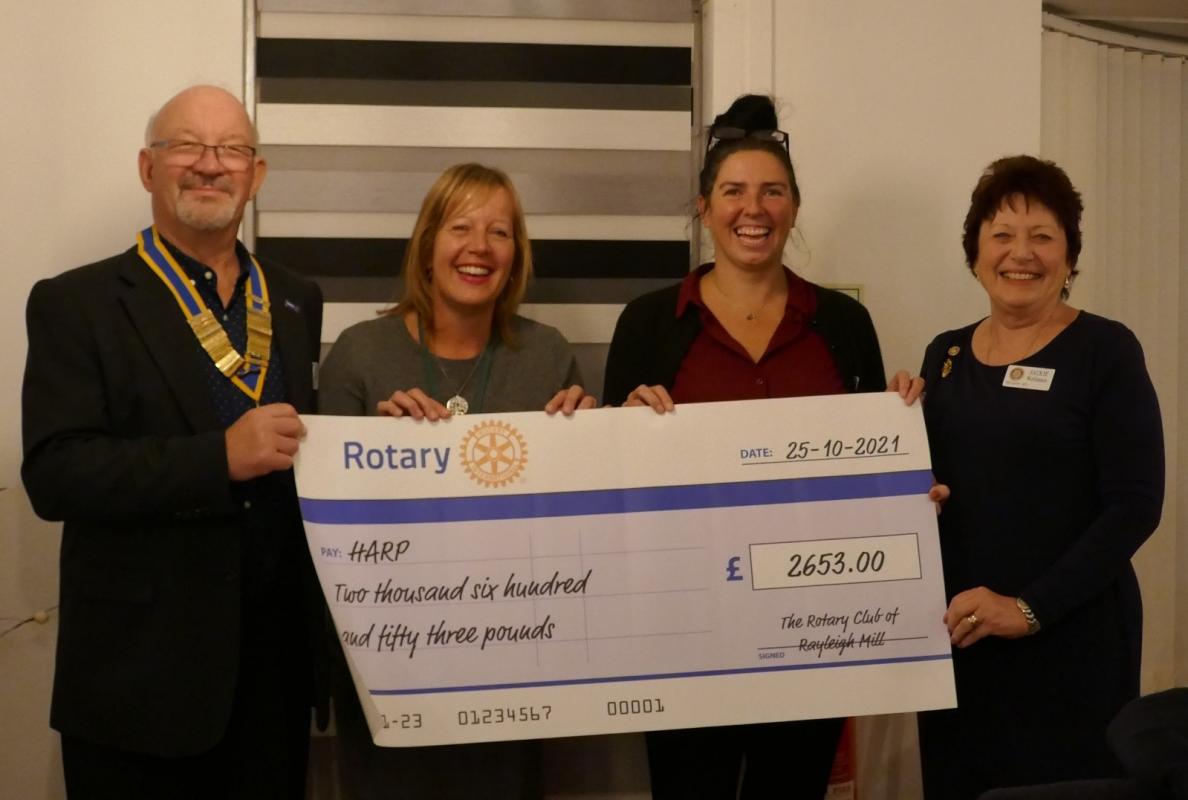 Following the Rotary Club of Rayleigh Mill’s very successful Charity Golf Day on Friday 13th August when the participants not only enjoyed an excellent day of golf, but the subsequent raffle and charity auction raised substantial funds for the Rotary Club’s Charity Fund, the main beneficiary of which was the Golf Day’s nominated charity, the Southend homeless charity HARP.

The successful outcome was celebrated when HARP’s representatives, Dina and Lisa, joined the members of the club at their meeting at their new venue, the Rose Garden Restaurant, Hockley on Monday 25thOctober,

Dina and Lisa gave a brief talk on the enormous amount of work that the workers and volunteers of the charity do to alleviate the problem of housing and re-habilitating the homeless of the town and their new initiatives of the Bluebird project and Learning for Life. They praised the local community for their tremendous support, including all their volunteers, local schools and supermarkets who all make donations in varying forms and who have all contributed to the continuous success of the Charity.

The members of the Rotary Club of Rayleigh Mill were impressed with the large number of homeless people who have benefitted from the help provided by HARP and were more than happy to present the charity with a cheque for £2653.00 to go towards their running costs and their new projects.

The Rotary Club of Rayleigh Mill President. John Cuthbertson, and ex-President. Jackie Wellman, present HARP representatives, Dina Jobson and Lisa Walton with a cheque from the proceeds of the club’s Charity Golf Tournament 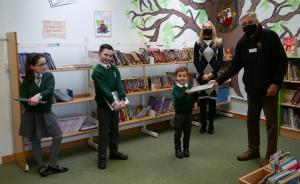 And the cycle goes on

All packed up and on their way to Africa 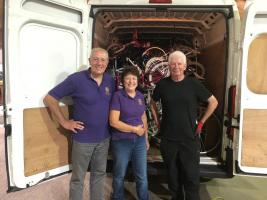 more Our collection of bikes for Africa reaches the landmark of over 500 bikes collected, enough to fill one shipping container! 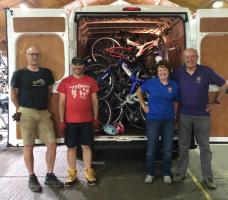 more Yet another (the 9th) collection of bikes for Re~Cycle, which makes over 500 bikes collected

more The members of the Rotary Club of Rayleigh Mill were each asked to nominate a charity for the club to donate £100 in their name from the funds raised by the club. As a result, a total of £2,700 has been donated among 20 charities. See details below. 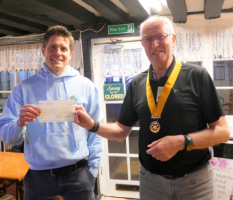 more The Club helps Camp Jojo with a £1,000 donation 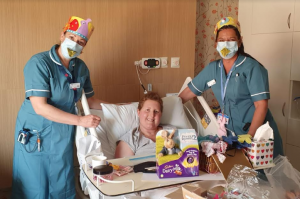 more Our donation towards the costs of maintaining the caring, essential service that Havens Hospices provide.

more Since former President, Jackie Wellman’s, initial bicycle collection staged just after total lock-down eased on 2nd June when she and Rtn. Sertac Yilmaz collected 40 bikes and 42 on the following day, the project has gone from strength to strength. 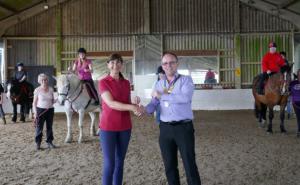 more The members 0f the Rotary Club of Rayleigh Mill, having been made aware of the good work being carried out by the Rawreth Riding for the Disabled Association by their Community and Vocational Chairman, Alan Buxton, voted to make a donation to the charity 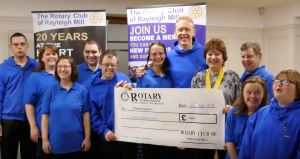 more At a recent meeting, we were entertained by David Stanley and the members of the Southend Music Man Project. At the conclusion of their performance Senior Vice-President Jackie Wellman presented the Project members with a cheque for £3000 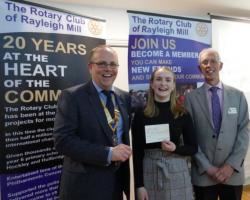 more At the club’s Monday meeting, Katie Packard, a student at Southampton University, visited the Rotary Club of Rayleigh Mill to describe her vision of helping school children in Uganda by building playgrounds 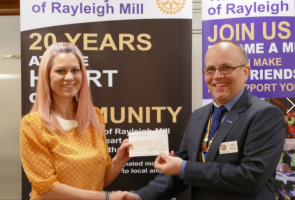 more Hannah Kittle ran the London Marathon to raise money for the paediatric intensive care unit at St. George’s Hospital, London to thank the doctors and nurses who saved her baby’s life 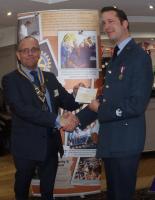 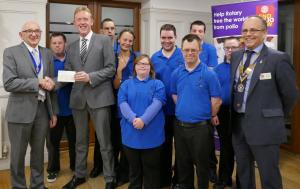 more We we wonderfully entertained at our meeting on 27th November 2017 by some of the students from the Music Man Project and after dinner we were given a truly inspirational talk by David Stanley, their founder. 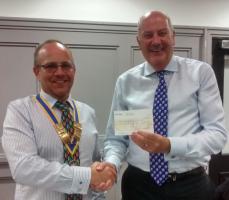 more The Rotary Club of Rayleigh Mill took the opportunity of the visit of District 1240’s District Governor, Nick Sillitoe to present him with a cheque for £600 in aid of BuildAid, one of his nominated charities. 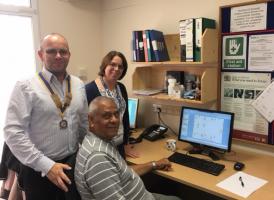 more Rayleigh CAB volunteers Sue Murray and Gordon Raymer were on hand to take delivery of a new computer donated by the Rotary Club of Rayleigh Mill. 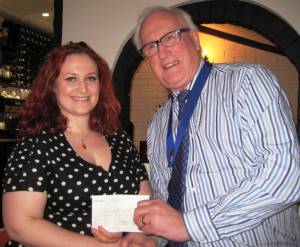 Our donation to Southend Hospital 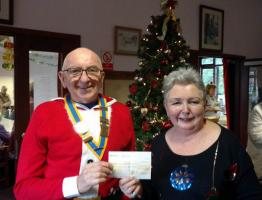 more President Bill Farmer presents a cheque for Â£250 to Carol Warren, the manager of the Hockley and Hawkwell over 55's Club

more RNLI representative Terry Sheppard is presented with a cheque for Â£2,000 from Past President Alec Banyard.