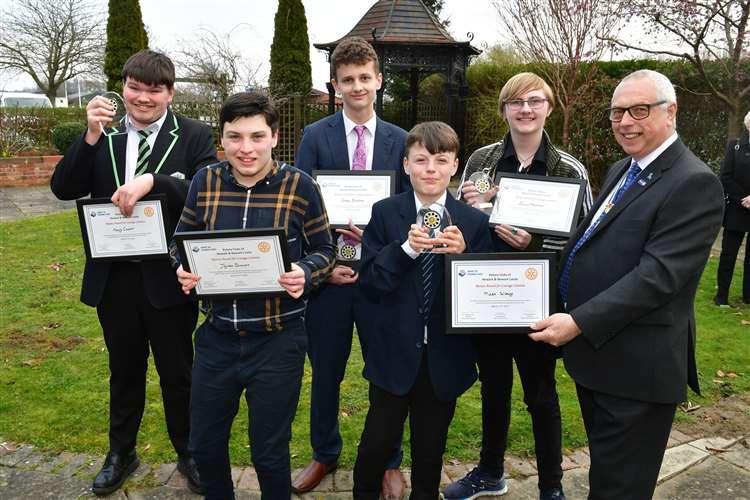 The annual Awards for Courage was hosted by the Rotary Clubs of Newark and Newark Castle at the Cedric Ford Pavilion, Newark Showground. It was the first opportunity that we have had to hold the event “face to face” since the restrictions and what an excellent day it turned out to be despite Covid doing it’s best once again to disrupt proceedings.

Unfortunately the Presidents of both clubs, Geoff Nicholls and David Shannon, plus the District Governor, Martyn Bye, all had to cancel at the last minute due contracting Covid.  However their shoes were admirably filled by Susan Parker, President Elect of Newark Castle; Simon Shaw, Past President of Newark and former District Governor, David Ashley who presented the awards.

Following lunch the audience heard the inspiring stories of each of the winners before they received a certificate and trophy.

Susan Parker, President Elect of Newark Castle Rotary Club, said: “The previous award ceremonies have shown us how much these award winners have had to endure to succeed in life.

“It is again a privilege for the two clubs to present these awards and acknowledge the achievements of these young people.”

Dave Ashley, former District Governor concluded the presentation of the awards by saying:  “We hope that the award winners have had a really good day and I know from experience that they will remember this day for a long time to come. Let’s hope that we are able to continue and do another event similar to this next year where we are able to recognise another five worthy individuals.”

Simon Shaw, Past President of Newark Rotary Club, bought the afternoon to its final conclusion by saying:  “Thank you to everyone for attending, and well done to the recipients of the awards.”

The Rotary Clubs of Newark and Newark Castle would also like to thank all of the sponsors for their generosity in supporting this worthy event and their attendance on the day. The event sponsors for 2022 were: 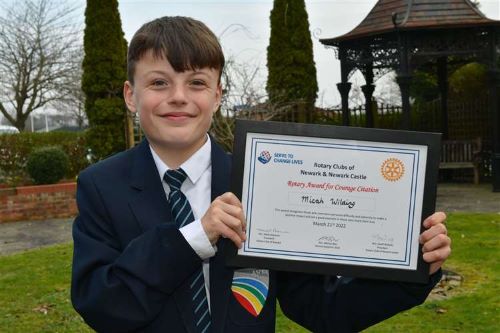 Micah has hyperplastic left heart syndrome which leaves him breathless and extremely fatigued. He also has cerebral palsy and has recently been diagnosed with epilepsy.

Sarah Davies, who nominated Micah for the award, said: "Micah has shown considerable courage and fortitude since starting at SWRA in September 2020. He has a great group of friends, he tries really hard in every lesson and is incredibly determined not to allow his disabilities define him."

"We are incredibly proud of him and in awe of his courage and determination." 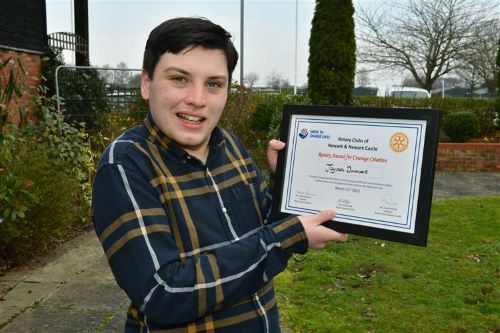 Jayden was given a Children of Courage Award to recognise his infectious personality and positivity and he received the accolade with a big smile.

Teacher Gemma Saxelby, who nominated Jayden for the award, said: "Jayden has been a valued member of our school community.

"He is a happy young man who always makes us smile with his witty jokes and singing. His love for 80s music and Disney films is infectious."

"Over the years, Jayden has struggled with health problems and overcome great difficulties following an operation to enable him to walk."

Jayden said: "I'm one of the best people in the class at school and I'm amazing at doing stuff. I feel happy and very proud. Thank you everybody for my award and to the teachers who nominated me." 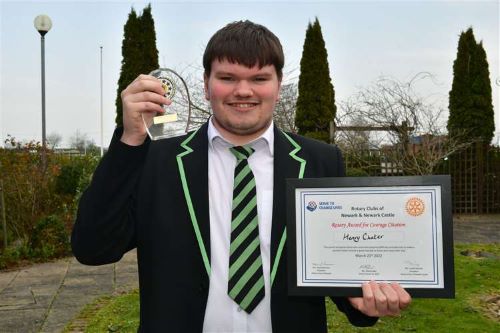 Henry won pupils and teachers over at Newark Academy quickly with his unique personality and sense of humour and was nominated for a Children of Courage award by Glenis Willis.

Glenis said: "Henry has been an amazing young man and he has touched the heart of many people.

"Henry is on the Autistic spectrum and he is very happy— he'll happily chat about how this affects his life.

"He is the most lovable, friendliest guy and he's got an absolutely wicked sense of humour. He just has us all in stitches a lot of the time, even when he's supposed to be very serious."

The year 11 pupil will soon be heading to college to pursue his dreams of making films.

Henry said: "It's great, at first I was a wasn't very keen on coming today but I've really enjoyed it. I'll tell everyone at school." 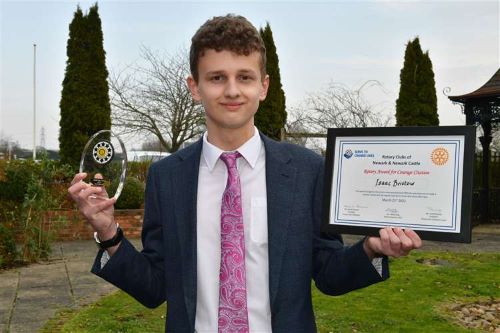 Isaac was nominated for a Children of Courage Award to mark the incredible resilience he showed when his mum unexpectedly collapsed last year.

Kate Baxter from the Children's Bereavement Centre said how Isaac was able to follow instructions and administer CPR until the emergency services and his dad arrived.

Kate said: "We support many young people who have shown courage in different ways and we could've nominated any one of them. In Isaac’s case we wanted to acknowledge the incredible thing he did trying to save his mum's life.

"He was absolutely amazing and we really wanted to recognise that. But also to recognise that despite that adversity, he has shown the most incredible resilience, sensitivity and maturity with a positive outlook for the future."

Isaac said: "I was really excited when I was told that I'd be getting this award. It was different and I've never done anything like this before. It's just nice to be recognised for my achievements." 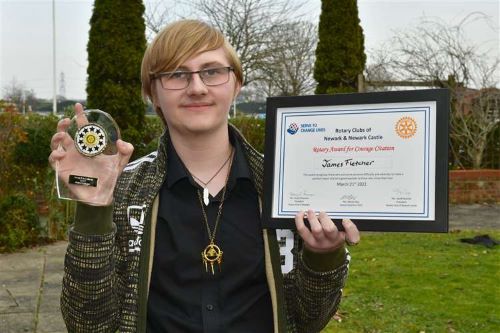 James received a Child of Courage award to mark his achievements, despite having a difficult few years outside of education.

James lived with a foster carer for most of his life and this changed in 2021 when his foster carer retired.  Due to his age, James was unable to be re-housed which meant living independently away from his three siblings.

Justin Day, who works with James on his media studies course, said: "He is a great student, he's one that you get up in the morning to come to work for.

"The last couple of years have been difficult for everyone and doing everything online is nothing that we were ever prepared for, particularly with media studies.

"James has dealt with it so fabulously, he's also found a part-time job and he's just a pleasure to have around.  We're really proud of him and hope that he'll continue his great work in the future."

James was recognised for his resilience and strength in the face of adversity.

Penny Taylor nominated James for the special award. She said: "James is a lovely young man who is always polite, always grateful and a genuinely nice person.

"James is resilient and has had to adapt to changes throughout his life.  We are proud of the way James has matured and adapted to these changes while ensuring his studies are up to date. 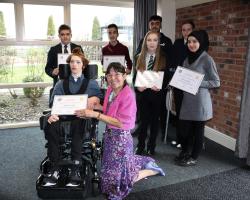 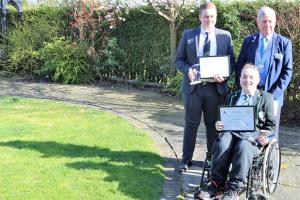