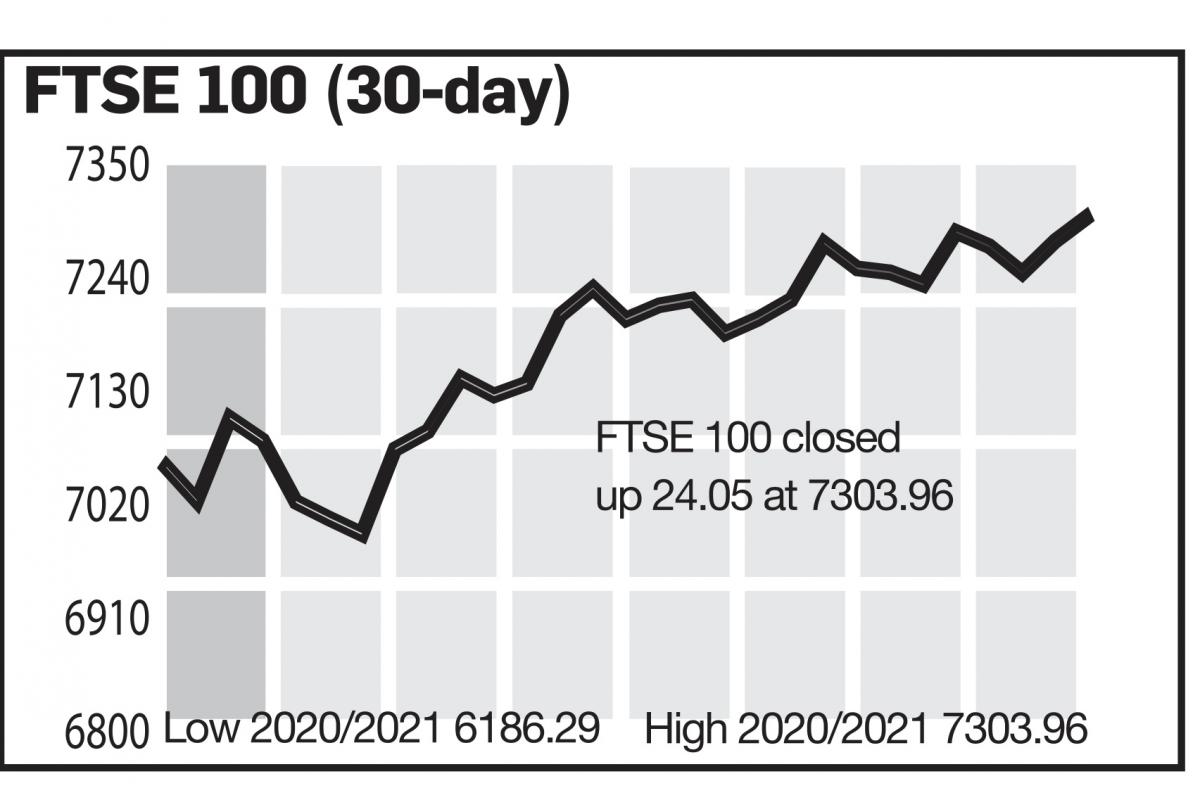 While world leaders descended on Glasgow for COP26, the ups and downs of oil prices impacted the FTSE. On Monday despite Opec+ releasing another 400,000 barrels a day on to the global market, resource and oil firms were among the day’s winners. Then on Wednesday the tumbling price of oil caused BP and Shell stocks to drift on the back of rising US oil inventories. The price of oil jumped higher again on Friday as Opec+ continued to suggest it will refrain from increasing supply. Brent crude increased to $82.63 per barrel.

On Tuesday poor trading updates and commodity price pressure on mining firms meant BP, Standard Chartered and Flutter all pulled the FTSE lower after investors were unimpressed by announcements.

The index closed lower on Wednesday amid trading caution over interest rate decisions at two key central banks.  However the Bank of England’s surprise decision on Thursday to keep its powder dry and avoid raising interest rates helped propel London’s markets higher at the expense of the pound.

Banking stocks led the fallers amid disappointment that low interest rates will continue for at least one more month following the monetary policy committee’s 7-2 vote to keep rates at 0.1%.  However, most other sectors welcomed the news gladly, pushing London’s main markets higher.

Travel stocks led the way on Friday as the FTSE regained more ground on the back of positivity surrounding the breakthrough with Pfizer’s Covid-19 pill as well as good trading from British Airways owner IAG.

IAG led the FTSE 100 after the company said it was seeing a “significant recovery” as passengers return to flying with lockdown restrictions easing.

In company news, Rolls-Royce made strong gains on the FTSE as the engineer was buoyed by the Covid drug update amid hopes it could help the travel sector.

Poorest performers this week were:-

Flutter Entertainment down 8.2%
Standard Chartered plc down 7.4%
Sainsbury’s down 5.0%
Barclays down 4.9%
Ocado Group plc down 4.3%
Antofagasta Holdings down 4.1%

In our competition 62 of our 76 entrants made money on the week. John Beswarick was the star of the week gaining 29 places on the back of a £4102 uplift on the week. Kelly’s Zeros gained 22 places having made £3004 on the week and Sandy Paton 17 places. Going in the other direction were:- Bullish Boris down 16 places, The Piper and Jim Aitken down 15, all with £600+ drops on the week.

Turning to the performance since the start, 37 entrants have made gains and this week saw Sammy The Tammy retake the lead. Six of our top ten remain the same but into it come John Beswarick, Kelly’s Zeros, Lewis Grieve and Smokey & The Bandit.

At the wrong end Beth Farquharson dropped six places to last and while most in the basement region made little progress Kenco2 made a jump of 12 places to get out of the bottom six.