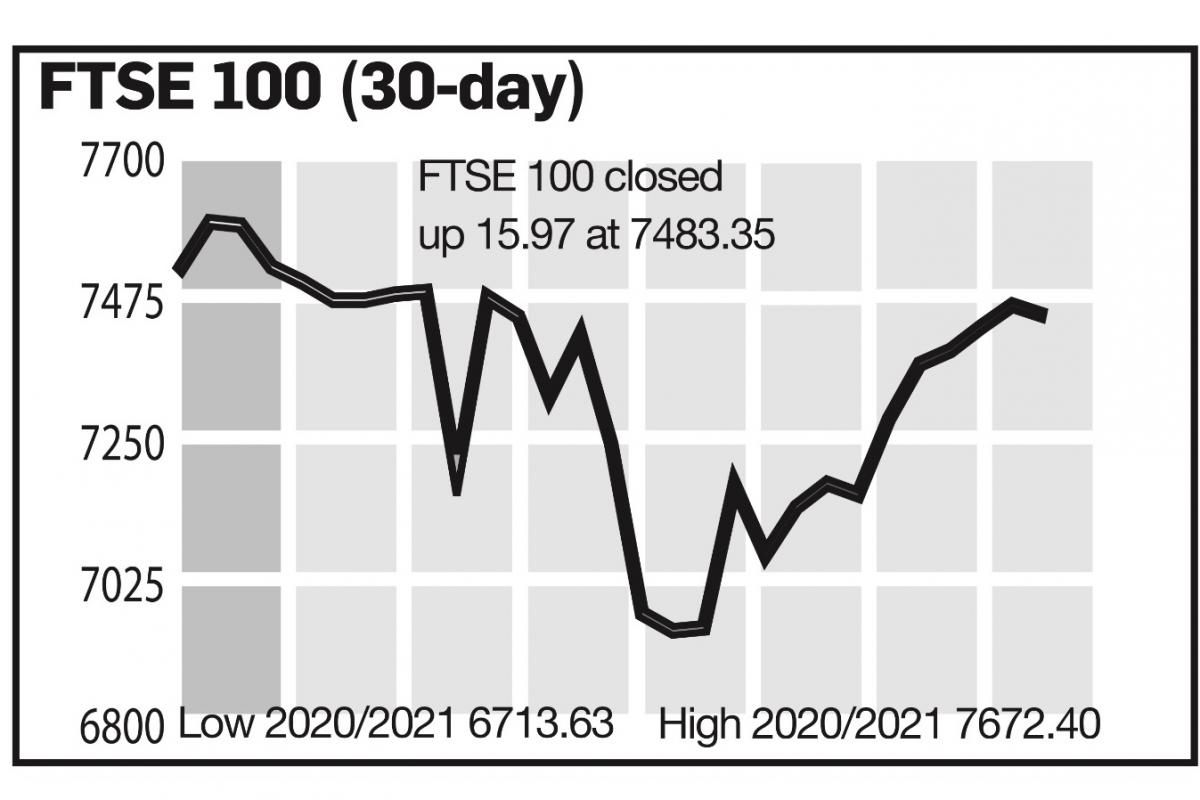 The FTSE 100 index started the week at 7,404.73 and closed at 7483.35, continuing a revival driven by gas and mining firms prices reacting to the war in Ukraine.

Had it not been for the rise in value of the volatile share Polymetal, the two oil companies would have ended top of the index. BP and Shell both gained 8.7% on the week on the back of strengthening oil prices. Oil prices remain high and a barrel of Brent Crude currently worth $120 dollars. Other natural resource giants including Glencore, Anglo American, Rio Tinto and Antofagasta also held up well.

Polymetal International plc, an Anglo-Russian precious metals mining company registered in Saint Helier, Jersey gained 45.5% but this is a share in the high risk category and could just as easily plunge the other way.

Rolls Royce share value soared on Friday amidst speculation that the jet engine maker could be about to be involved in a 'significant corporate transaction' with an as yet unidentified suitor.

M&G jumped after the financial firm said it would buy back shares for £500 million but only 29 of the 100 were in positive territory at the end of this week.

Markets were unmoved by the chancellor’s Spring Statement but the latest UK retail sales figures showed a decline in February, which dragged some high street names down. Next’s shares took a hit after its full-year results left shareholders cold.

Kingfisher the parent company of B&Q and Screwfix parent was the loser of the week losing 10.25% after posting a marked fall in sales in the three months to the end of January.

Weakness in the construction sector due to the downbeat outlook for the UK economy meant Barratt Developments, Taylor Wimpey and Persimmon all languished close to the bottom of the index.

As far as our contest is concerned everyone is currently in profit. After leaping 31 places this week we have a new leader in Sandy Paton, closely followed by kenco and Spider. Euan Mackay edged up to fourth and our first week leader Veronica Mackay is in fifth.

Best movers upwards this week were Jim Aitken up 45 places, Crispy Crumble up 43, Tailgunner up 40.

Fallers this week were Sarah Grieve dropping 32 places, with both Lewis Grieve and Donald Mackay down 29. Ginger Biscuit occupies 64th with Alan Farquharson and Monty’s Paw are just above but at the foot 13 are within a £1000 range.