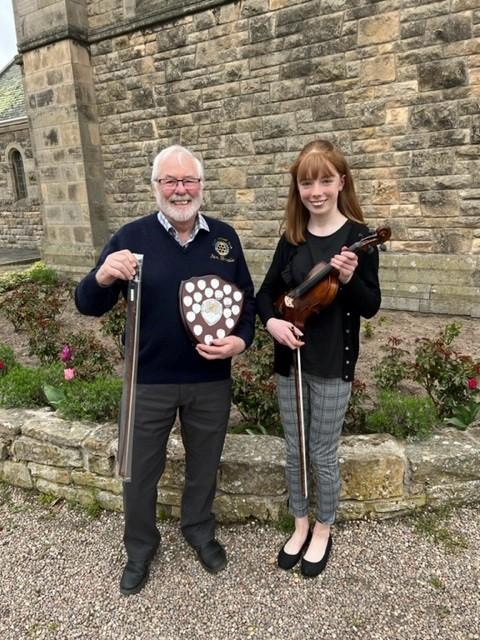 The 50th Anniversary of the annual Festival of Scots Music was hosted by the Elgin Strathspey & Reel Society on 23rd April 2022 in the Williamson Hall.

A day of competitions followed by an evening concert.

The Elgin Rotary Club Bow and Trophy is awarded for the best individual performance in the 13-16 year old classes by a resident of Moray.

The worthy winner this year playing a slow air, march, strathspey and reel was Bronagh Gillies from Dufftown who is seen pictured with President Ian Brodie ready to present her prizes.