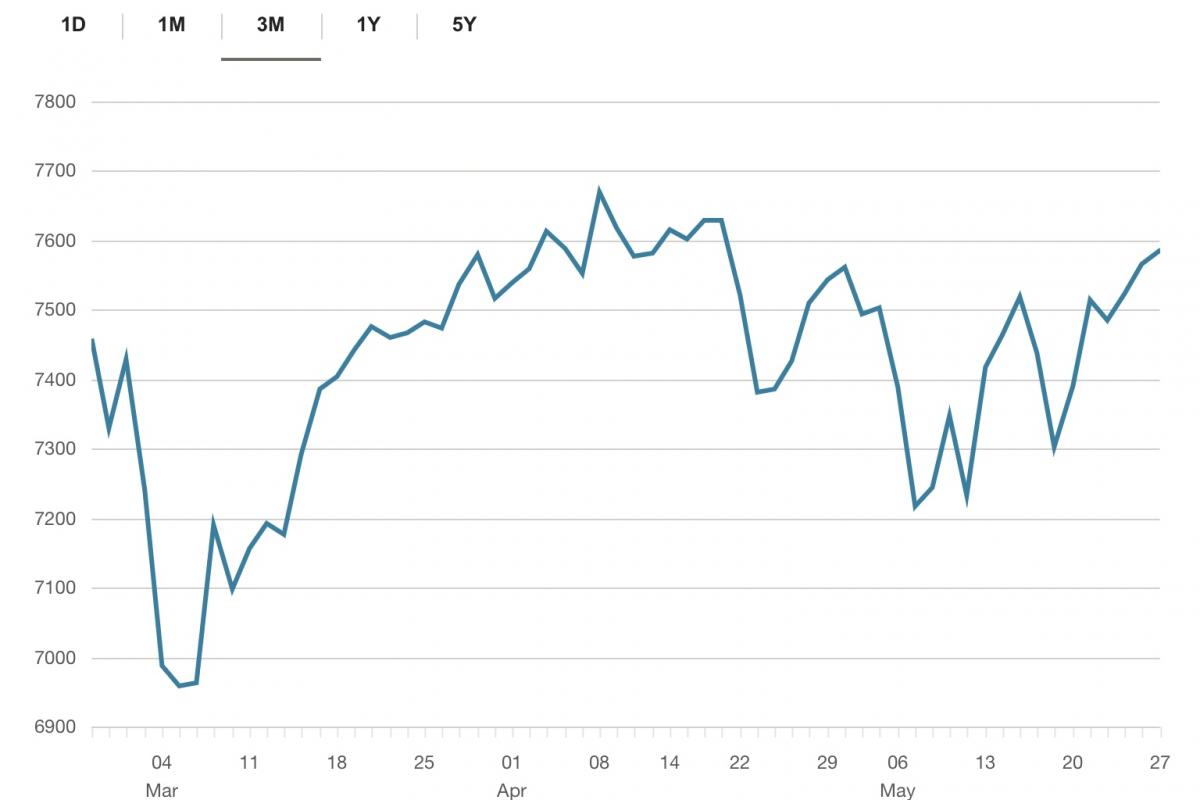 Our Spring competition ended with the FTSE 100 closing at 7585.46 up almost 200 points on the week. Markets ended the week on a high as strong showings for many of London’s financial stocks offset a drop sparked by the new windfall tax. Shares in some of the country’s biggest retailers had been helped by Thursday’s package of support that will put hundreds of extra pounds in the pockets of households across the country.

Energy companies faired worst with concerns of a windfall tax on energy companies.  Oil giants BP (up 3.2%) and Shell (up 2.0%) both saw their shares rise despite the government’s promise to slap them with the tax hike and investors seemed unconcerned by the news.

Sliders this week:-Ken Mackay -16 places, Good Bet -12, Tailgunner -12. Ken was the only contestant whose share values went down this week.

Well only one change in the top ten personnel as Dougal the Cockapoo leapt from 12th to 4th.

The winner however came with a late burst of success to overtake our long term leader kenco. Sammy’s Granny took the top spot with a gain of £2641 on the week. kenco hung in to finish second and Spider was third. Those two were the only entrants whose portfolios broke above £60,000 during our competition.

At the other end Ian Grieve made a huge gain of £2333 in the final week but wasn’t enough to avoid the wooden spoon. He wins the bottle of malt whisky.