The Rotary Foundation helps fund our humanitarian activities, from local service projects to global initiatives. Rotary Clubs and Districts can apply for grants from the Foundation to invest in projects and provide scholarships. The Foundation also leads the charge on worldwide Rotary campaigns such as eradicating polio and promoting peace. Rotarians and friends of Rotary support the Foundation’s work through voluntary contributions.

The terrible cost of polio is highlighted in  THIS VIDEO  which shows Paul, a polio survivor, talking about life in his iron lung.

HISTORY OF THE ROTARY FOUNDATION
At the 1917 convention, outgoing RI President Arch C. Klumph proposed to set up an endowment “for the purpose of doing good in the world.” In 1928, it was renamed The Rotary Foundation, and it became a distinct entity within Rotary International.
GROWTH OF THE FOUNDATION
In 1929, the Foundation made its first gift of $500 to the International Society for Crippled Children. The organization, created by Rotarian Edgar F. “Daddy” Allen, later grew into Easter Seals.
When Rotary founder Paul Harris died in 1947, contributions began pouring in to Rotary International, and the Paul Harris Memorial Fund was created to build the Foundation.
EVOLUTION OF FOUNDATION PROGRAMMES
1947: The Foundation established its first programme, Fellowships for Advance Study, later known as Ambassadorial Scholarships.
1965-66: Three programmes were launched: Group Study Exchange, Awards for Technical Training, and Grants for Activities in Keeping with the Objective of The Rotary Foundation, which was later called Matching Grants.
1978: Rotary introduced the Health, Hunger and Humanity (3-H) Grants. The first 3-H Grant funded a project to immunize 6 million Philippine children against polio.
1985: The PolioPlus programme was launched to eradicate polio worldwide.
1987-88: The first peace forums were held, leading to Rotary Peace Fellowships.
2013: New district, global, and packaged grants enable Rotarians around the world to respond to the world’s greatest needs.
Since the first donation of $26.50 in 1917, the Foundation has received contributions totaling more than $1 billion. 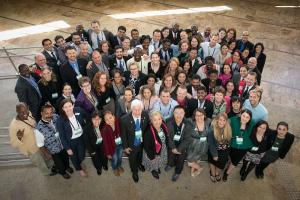 ... People around the world know they can depend on Rotary in their time of need .... 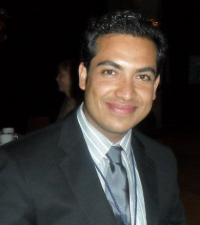 Details about the Rotary Peace Programme and Events 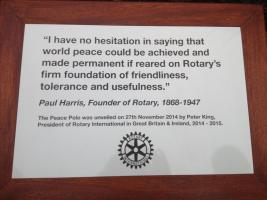