GENEVA, 14 April 2016 "“ Next week marks the beginning of the largest and fastest globally coordinated rollout of a vaccine into routine immunization programs in history.

The world is closer than ever to eradicating polio with only 10 cases of wild polio to date as of April 14th in 2016. The two endemic countries have 8 cases in Pakistan and 2 cases in Afghanistan, a reduction of 60% for the same period in 2015. The End Game Strategy 2013-18 aimed at delivering a polio free world by 2018 at a cost of $5.5 billion over this period. However due to the continuing wild polio transmission in two endemic countries this year an additional $1.5 billion is currently projected to be necessary to finish the job in 2019. This is because if transmission of the polio virus is stopped in 2016, vaccinations must continue for another three years to secure certification of a polio free world.

Between 17 April and 1 May, every country in the world currently using oral poliovirus vaccine (OPV) must withdraw the trivalent vaccine (tOPV) and replace it with the bivalent vaccine (bOPV). This programme involves 155 countries, this will continue to protect infants from poliovirus types 1 and 3 while withdrawing the type 2 component, thereby mitigating the risk of seeding new type 2 circulating vaccine-derived poliovirus (cVDPV2). With careful planning and thorough oversight, the switch will represent a huge achievement for the polio programme and will provide a basis for the eventual withdrawal of all OPV, following eradication of poliovirus types 1 and 3.

The Global Polio Eradication Initiative partners’ press release on the switch is attached for information.

As part of the End Game Strategy for polio eradication, the inactivated polio vaccine (IPV) is being introduced into the routine immunization systems of every country that currently uses the oral polio vaccine (OPV). To date 96 countries have introduced IPV, which will help to boost immunity against all types of poliovirus, giving children higher protection against paralytic polio. This is the most ambitious, largest and fastest globally synchronised vaccine introduction in history.

The gains in polio eradication made to date are precarious and constantly at risk of being reversed. Polio remains endemic in two countries – Afghanistan and Pakistan. Eight countries are considered to be vulnerable Cameroon, Equatorial Guinea, Ethiopia, Iraq, Nigeria, Somalia, South Sudan and Syria.

Until poliovirus transmission is interrupted in the endemic countries, all countries remain at risk of importation of polio, especially vulnerable countries with weak public health and immunization services, and travel or trade links to endemic countries. Circulating vaccine-derived poliovirus is causing outbreaks in Madagascar, Guinea, Myanmar and Ukraine.

It is imperative that Rotarians stay engaged and help raise funds for polio eradication by 2019. Failure to eradicate polio could result in as many as 200,000 new cases every year within a decade all over the world. Rotary started the programme in 1985 and our support must not waiver now. We have vaccinated two billion children and saved over 13 million children contracting polio, a remarkable achievement.  Please help raise the funds required and remember that every pound raised will receive two pounds from the Bill & Melinda Gates Foundation. 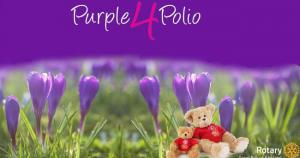 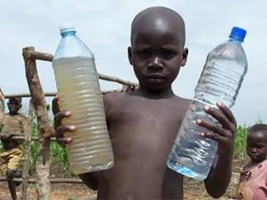 Re-building a school in Nepal 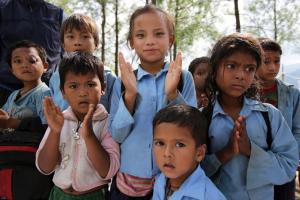 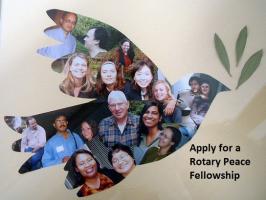