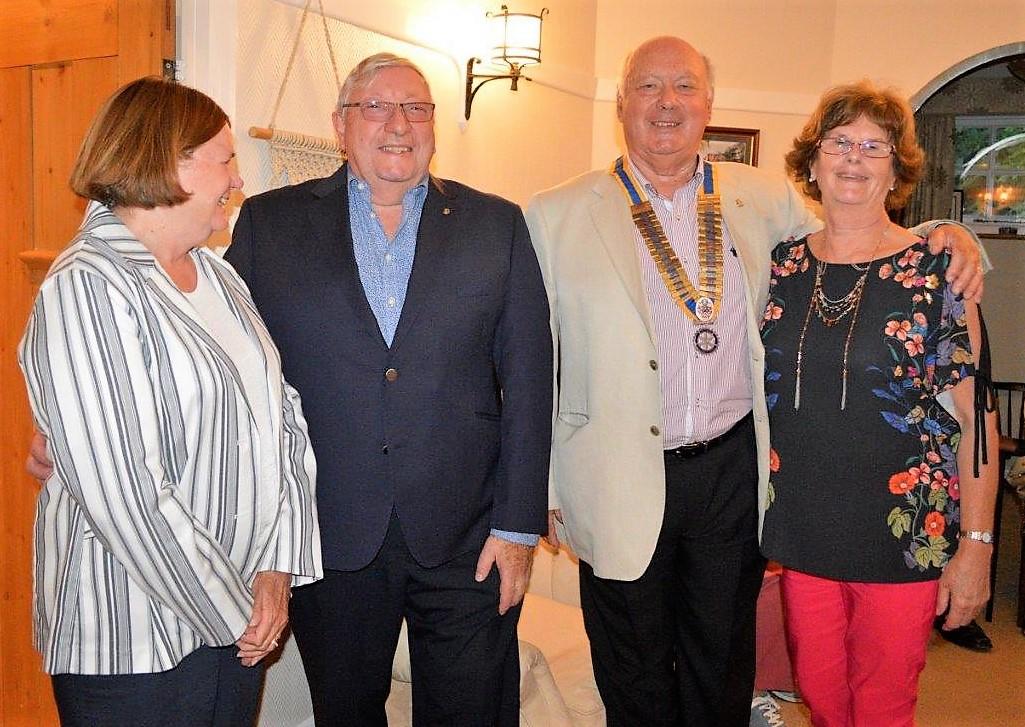 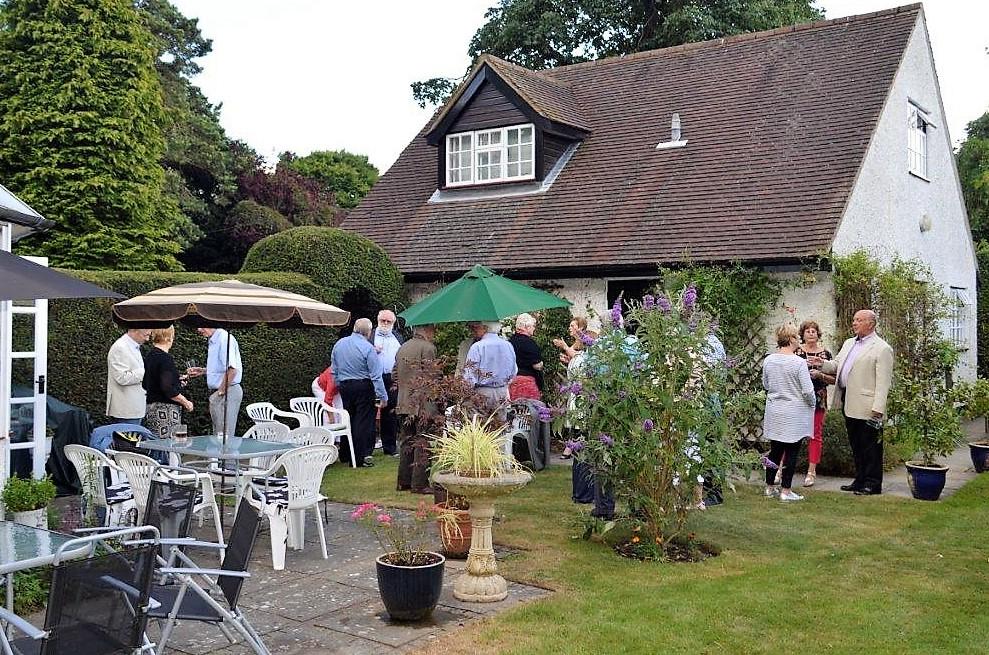 The sun shone and everything was bright and beautiful when Letchworth Howard Rotary Club marked the inauguration of its new president with a garden party at the home of club members Angela and Tony Silver on Monday July 3.

David Glanville has taken on the mantle from Colin Green, who emphasised how much he had enjoyed the role. “I know David is going to enjoy it too,” he said. “It is a great club, because we all get on so well.”

Responding, David Glanville said: “I hope we’ll have another good year, that we all enjoy it and we’ll all do a little bit of good.”

The photographs show members and partners enjoying Angela and Tony’s sunny garden ahead of the formal handover, and, after the handover, (from left) a happy Karen and Colin Green and new president David Glanville and his wife Kathy.