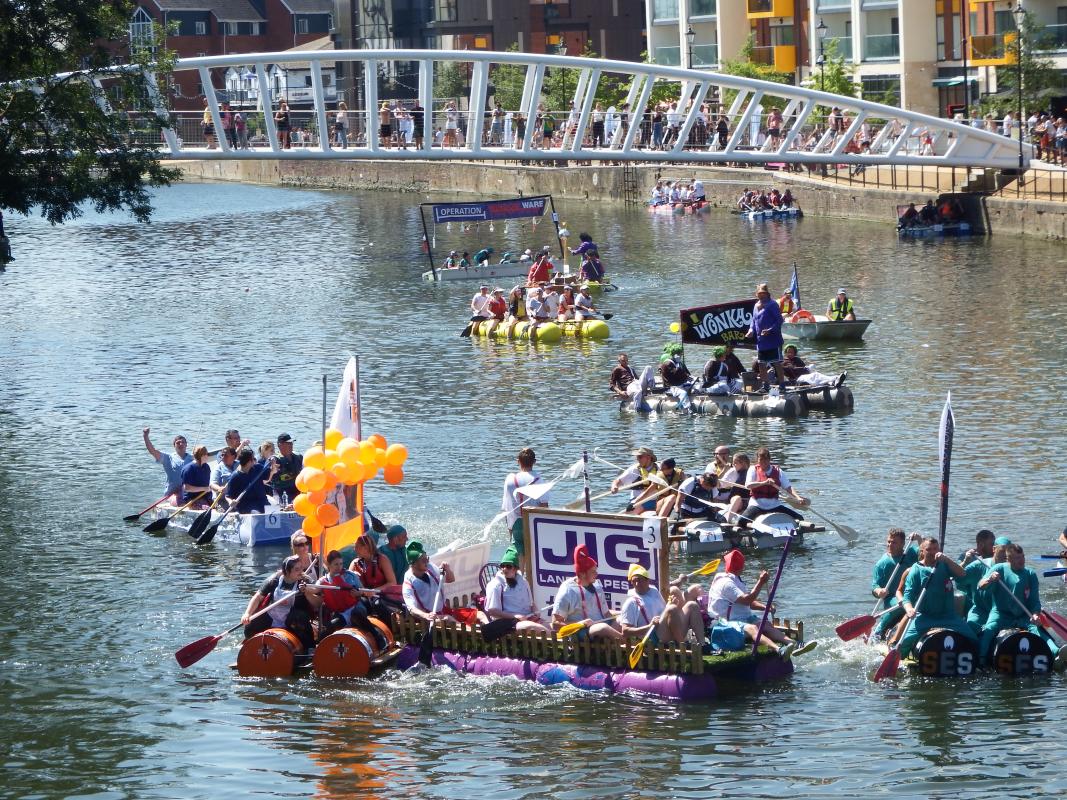 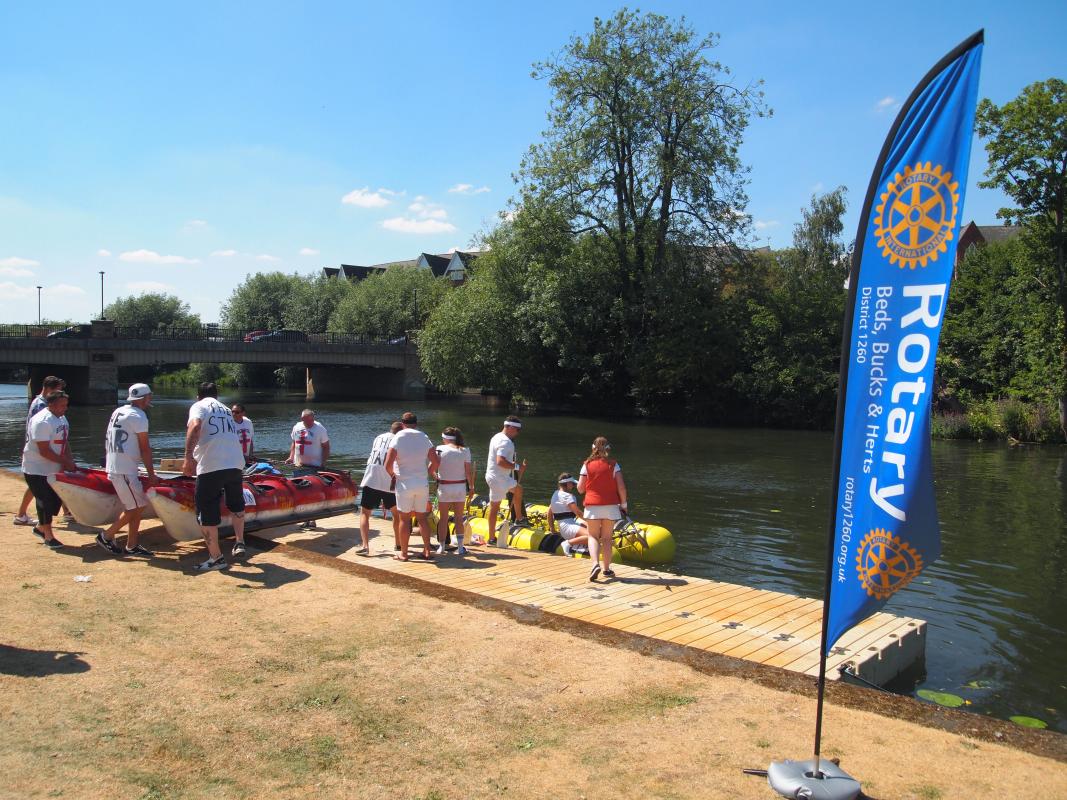 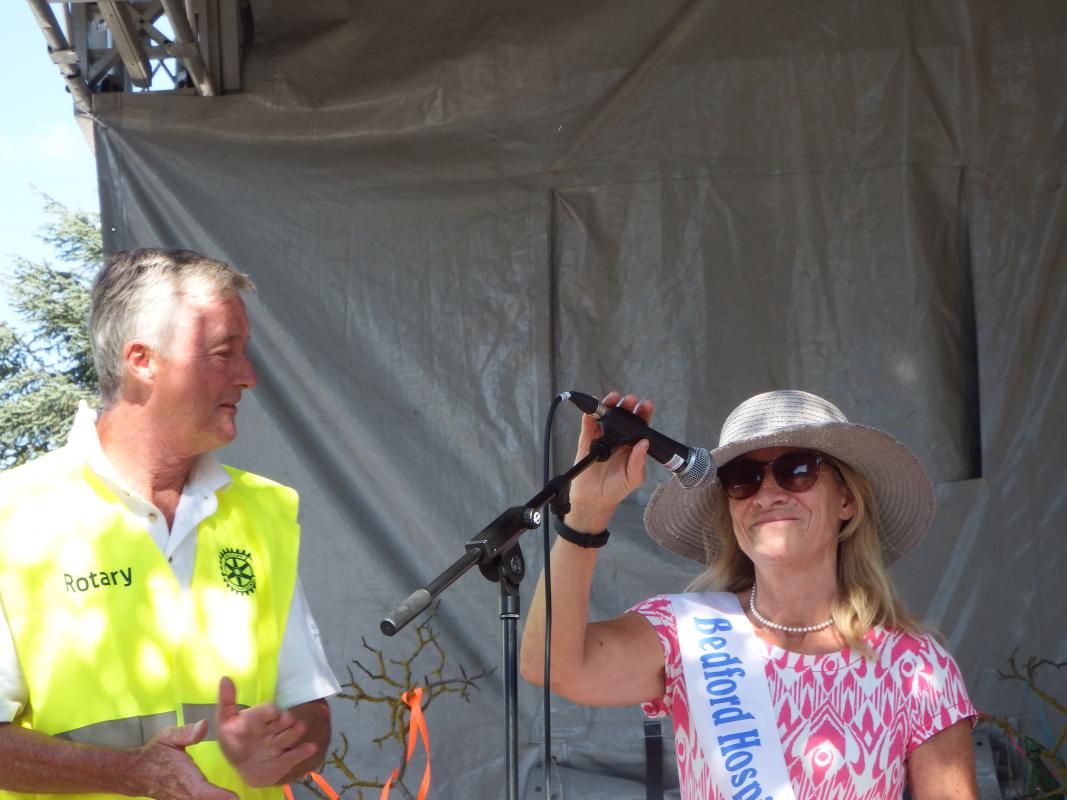 The race, which took place on Sunday 15 July, was one of the highlights of Bedford’s bi-annual two-day River Festival which attracts over a quarter of a million visitors. This year was the Festival’s 40th anniversary.

24 rafts took place in the race, which consisted of 2 heats and a final. The race was organised by the Rotary Club of Bedford Park and 15 members of were working throughout the day, ensuring the success of the event and raising the profile of their Club.

All the raft teams were sponsored, and the proceeds will be presented to Bedford Hospitals Charity by the Club. The initial estimate of funds raised has topped £10,000. A report of the race with photos can be found on the Bedford Raft Race Facebook page https://www.facebook.com/bedfordraftrace/