Who thought it was possible to Bollywood dance to a Country Music band playing ‘Coming Round the Mountain’? 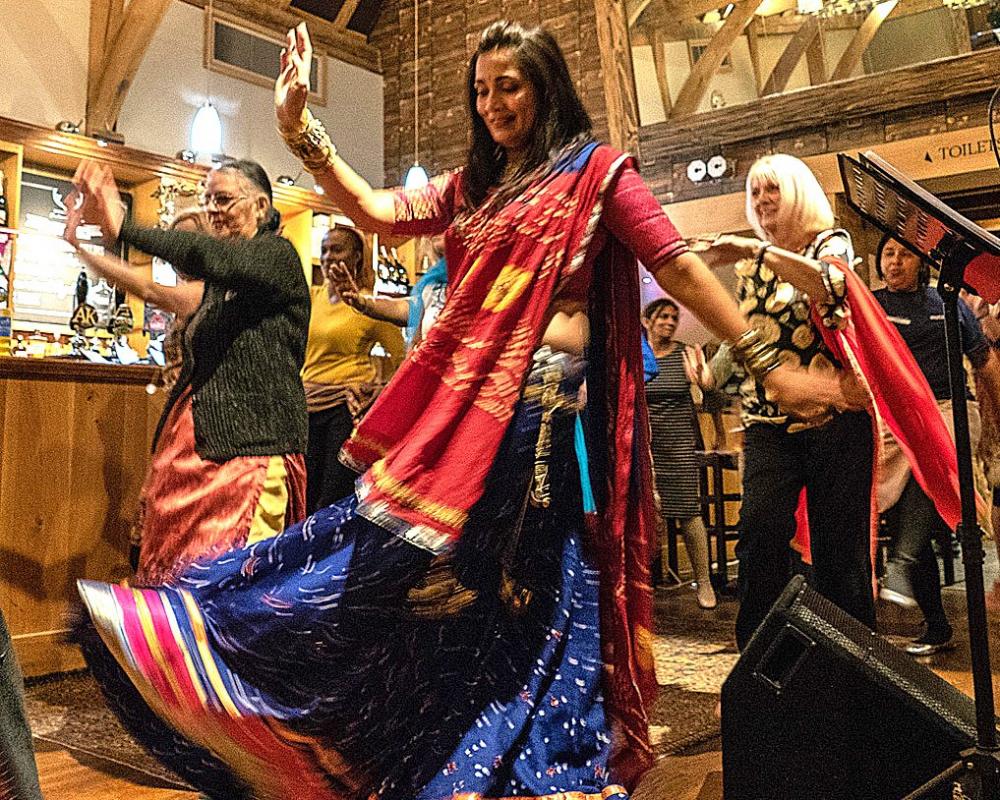 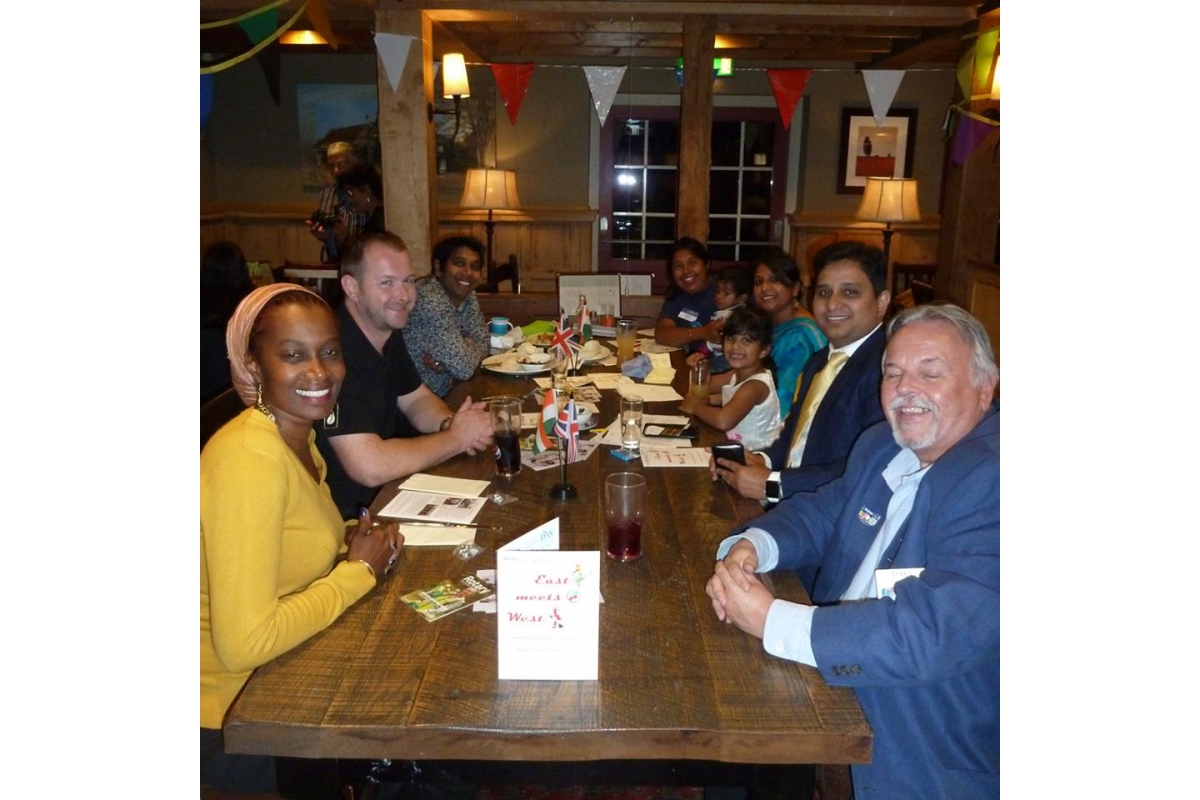 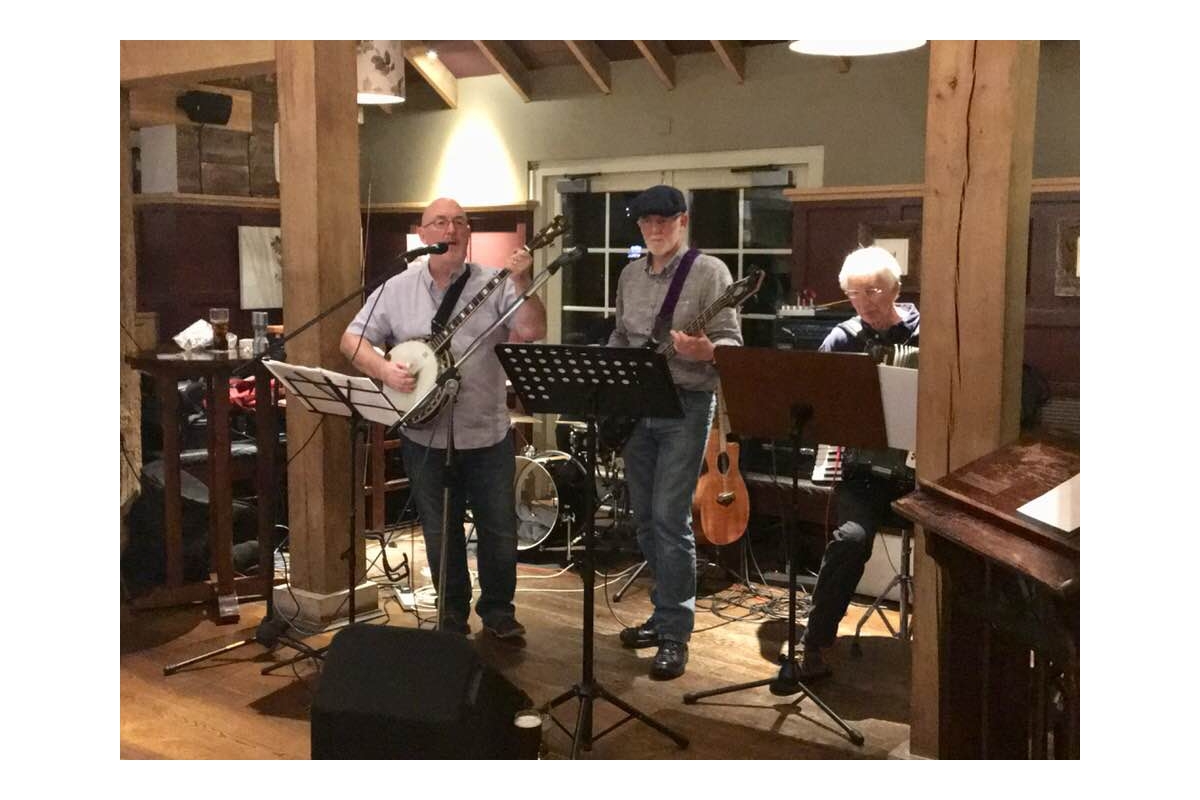 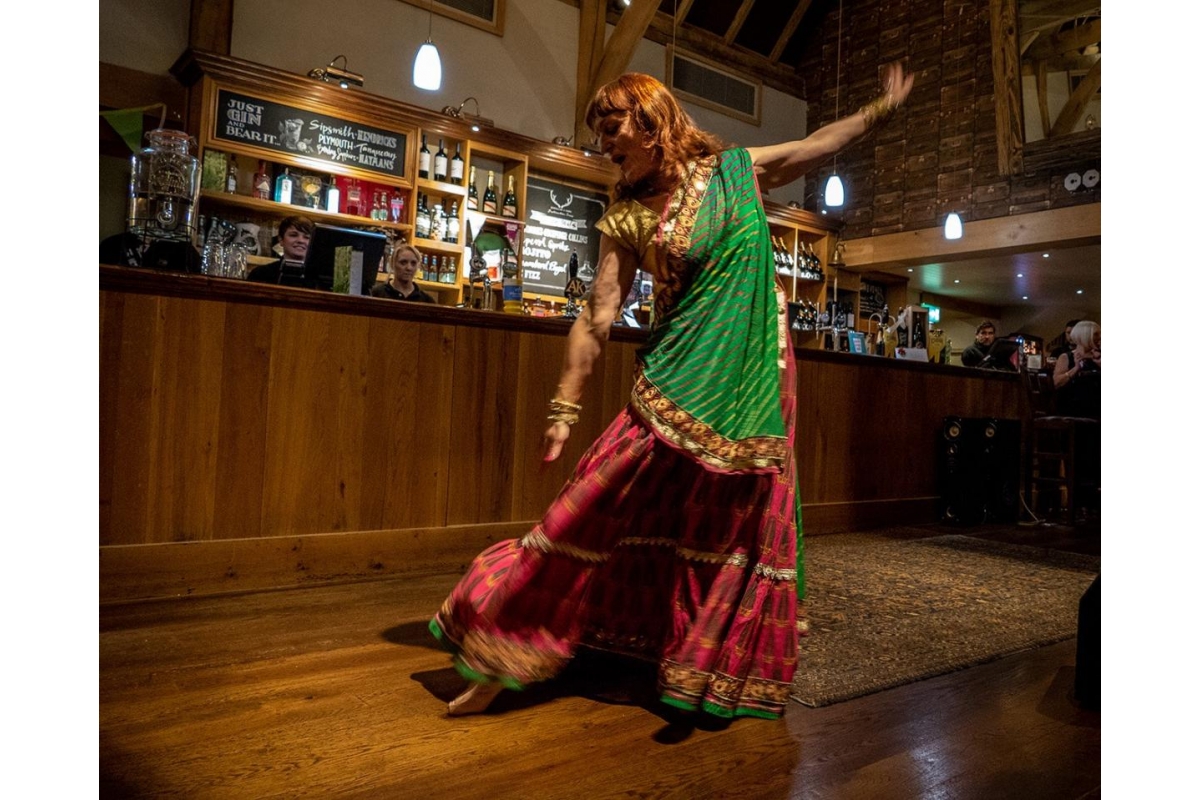 However, in pursuit of funds for their school project in India, that is exactly how Milton Keynes Rotary Satellite Club ended their East Meets West evening with everyone on their feet following the two Bollywood dancers.

An old English pub allowed the Satelliters to take over their restaurant, decorate the room and offer a choice of Indian and British dishes. The toe-tapping band soon got everyone singing and later the dancers encouraged them to try Bollywood steps in a short workshop. Newly learnt dance skills were quickly put to the test when the Country band joined in. Coming Round The Mountain - Bollywood style - has to be world first!

Immense fun was had by all, including our District 1260 Governor, Dave Ford. It showcased the cultural diversity of MK’s fast-growing Satellite club, giving them an opportunity to explain their fundraising goal of refurbishing a run-down and poorly equipped school in India.

The project had been suggested by one of the Indian Satellite members, Mukesh, on his return from a visit back home. He had met with the Director of a very successful private school, which was situated in a village outside the city of Patna, NE India. The Director, Navin, spoke with Mukesh about a dilapidated State school, Jinpura Primary, just ¼ mile down the village road. He had dreamt about helping the students there for some time, but the task was large, and he owed obvious allegiance to his own fee-paying families. The classrooms at Jinpura Primary had no desks or chairs meaning the children sat on the floor. No running water meant very poor sanitation and, with no electricity for fans or heaters, it was stiflingly hot in the summer and very cold in the winter. How could Jinpura students climb out of the cycle of poverty in which they were trapped?

Navin knew about Rotary but the nearest club to his village was in Patna, 45 minutes away by car. When he spoke to Mukesh and learnt about Foundation Global Grants and Milton Keynes Satellite club’s interest in an International project, his face lit up. If the network of Rotary could mean financial assistance for his dream, he would volunteer his efforts to help. He immediately took on the Needs Assessment, getting together the village Heads and parents of Jinpura school.

The Rotary Club of Patna Chanakya has taken on the role of Host Club. They visited Navin and Jinpura, writing a formal letter to the Educational Authorities asking their permission to refurbish the school, improve sanitation and install classroom furniture. Fifteen computers will be securely housed at Navin’s school for the sole use of Jinpura students and an IT teacher employed to run a Basic Computer Literacy course, training staff from Jinpura along the way.

If the project comes to fruition, all the Satellite members will be Bollywood dancing, celebrating the meeting of East and West.