Breaking ground on the Luton Bandstand 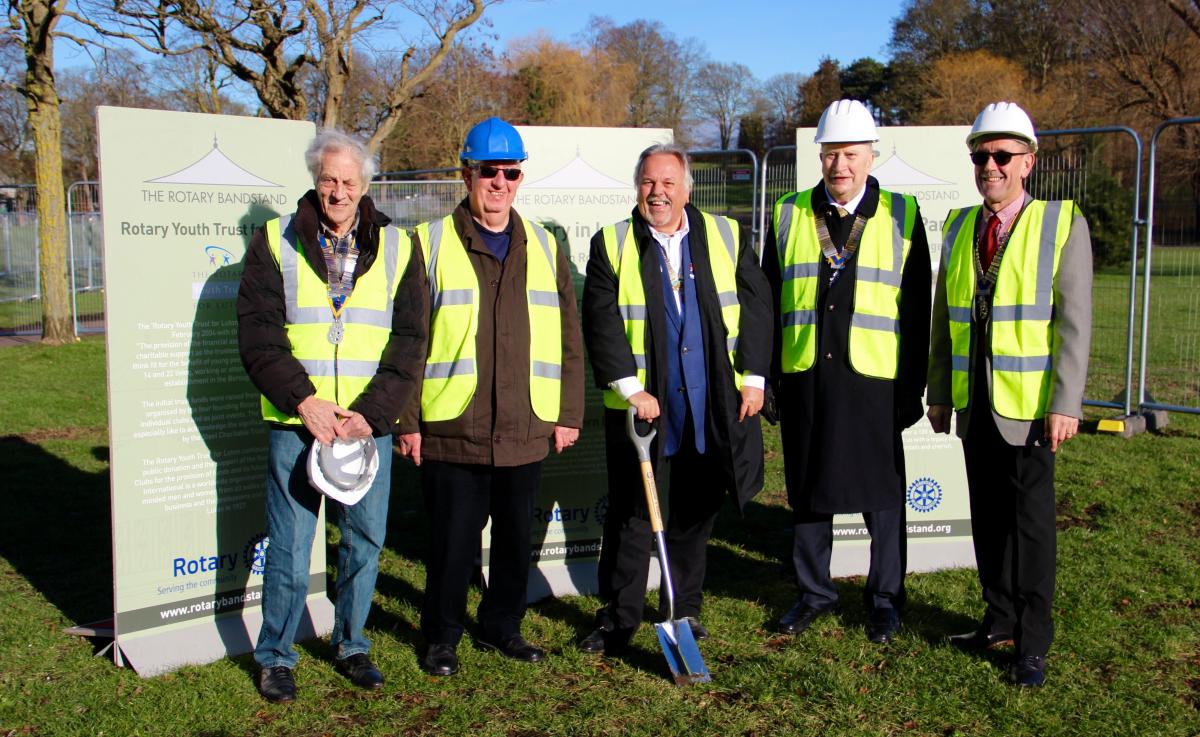 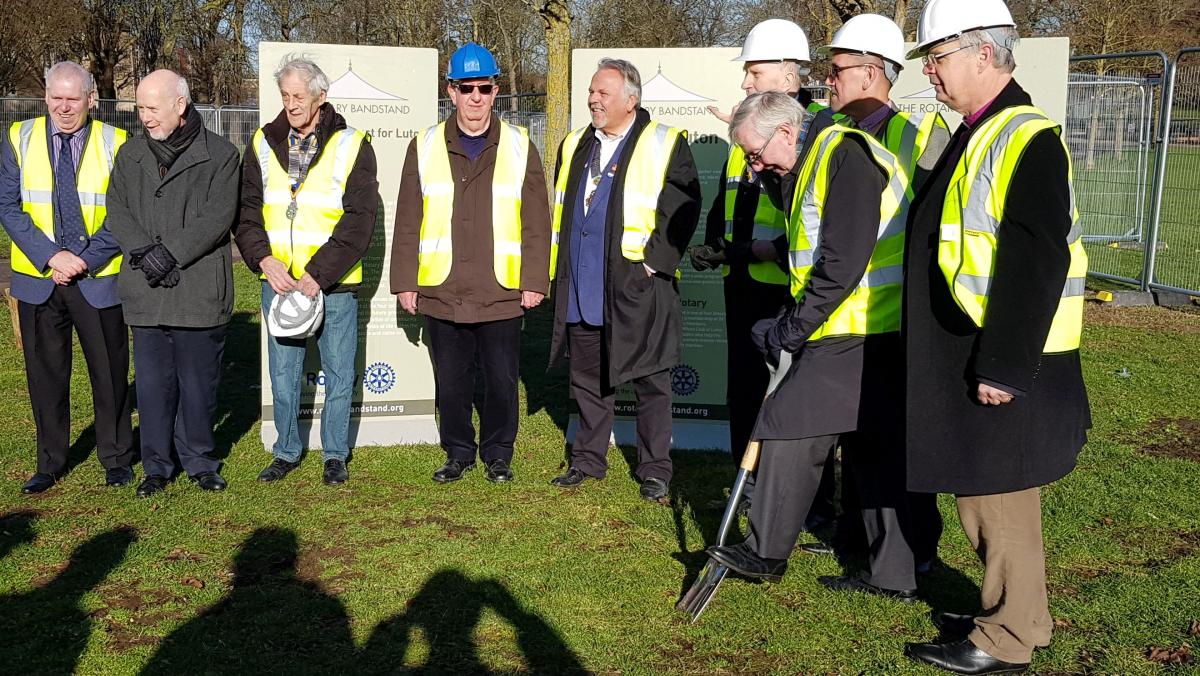 District Governor Dave Ford was present at the ground-breaking ceremony for the Rotary Bandstand for Luton in Wardown Park, on 11 February. Members from the four Luton Rotary Clubs were there too and the four Presidents and DG Dave jointly completed the formalities of ‘breaking the ground’. Also present were the Bishop of Bedford, the Rt Rvd Richard Atkinson, Lord McKenzie of Luton, a former Parliamentary under-secretary for the department of communities and local government, and Kelvin Hopkins MP, Luton North.

After more than four years of delays with a complete architect redesign to satisfy Luton public's opinion and Luton Borough Council's planning department, the Bandstand is now being built.

The new building, which will replace the original bandstand, is of Victorian design and will be sited at the north westerly side of the park, approached via an avenue of trees. Building work is expected to take 14 weeks. When complete the bandstand will be available for all kinds of cultural activities such as music and drama and be a great addition to Luton's cultural heritage.

Four Luton Rotary clubs worked assiduously to set up the bandstand for Luton, led by Alan Corkhill a member of the lead club, Luton North.

The bandstand project is costing around £250.000 and has been financed by the Steel Charitable Trust, local donations and other supporters of Rotary. It has been gifted to Luton Borough Council who will be responsible for its maintenance and the control of the entertainment.

Lord Bill McKenzie, the projects patron, said: "Wonderful day for Luton and congratulations to the Rotary clubs who have worked hard on the project. The bandstand will be a fantastic facility for the local community and will add to the many exciting things in our town. Well done Rotary”