The Rotary Club of Dunstable has, once again, enjoyed a meeting with Flitwick Vale Rotary Club, an annual event held at Poplar’s Nursery, Toddington. 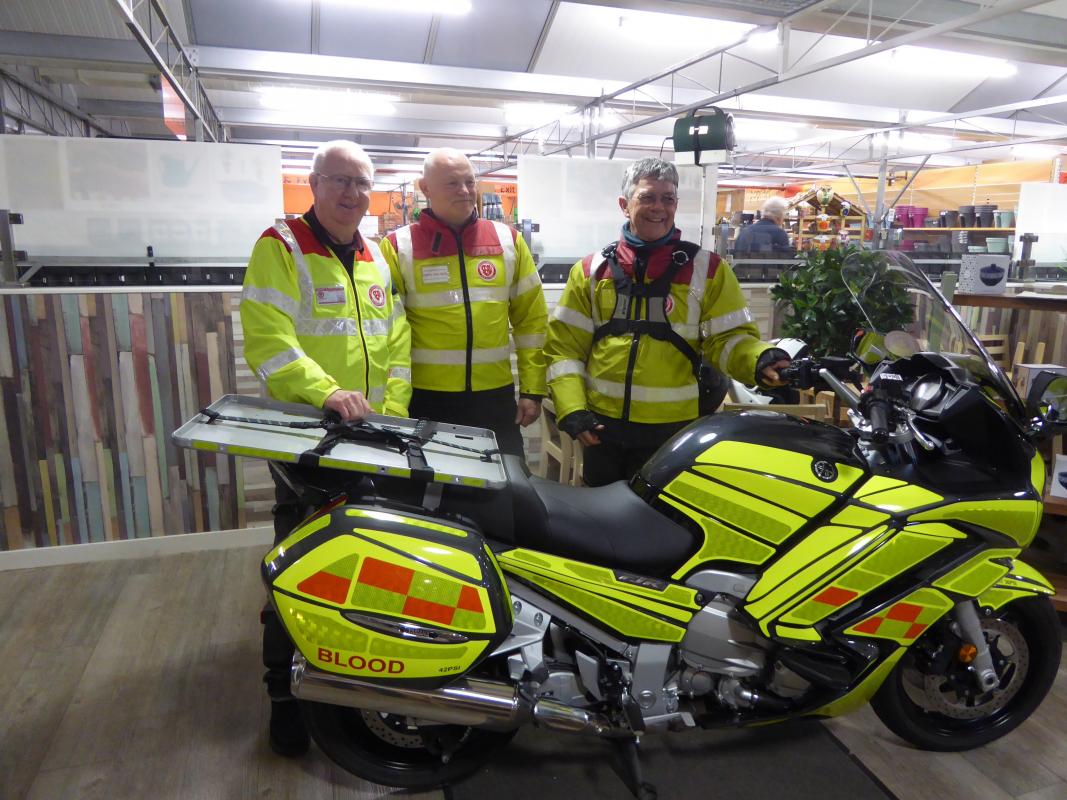 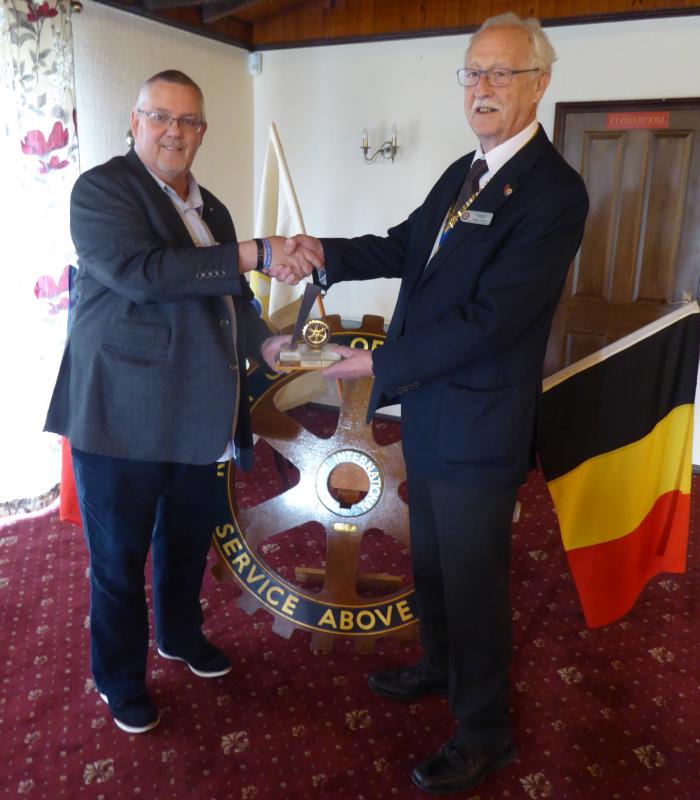 The speakers this year were from an organisation called S.E.R.V. Serviced by Emergency Response Volunteers, Beds and Herts, a charity providing motorcycle couriers, and in bad weather, cars, for blood supplies to hospitals 24 hours per day, 365 days a year. They also transport breast milk, drugs and urgent medical supplies. Founded in 1981 they are part of a nationwide service.

Deliveries are coordinated by the duty dispatcher who receives the request from hospitals and allocates the work to a rider. Three representatives were at the meeting and they brought with them a motorbike for members to study and ask questions about. In 2018 the Beds and Herts group made a total of 1767 deliveries, and 521 so far this year. This was a very interesting evening.

The picture shows the three volunteers and the Yamaha motorcycle at the dinner.

Each year, since 1972, Dunstable Rotary Club presents their “Rotary Award” to a local person or organisation that has made a significant contribution to the welfare of Dunstable and its inhabitants. This year, the Award has been given to Paul Bowen-James, whose charity “Kids In Action” operates from an industrial unit in Boscombe Road. This charity runs several sessions each week from the 10,000 sq.ft building for over 200 handicapped children and adults, together with their carers. Also holidays are organised using the 4 caravans they own.