Baldock Library recently celebrated the 30th Anniversary of having moved to their current premises in Simpson Drive. 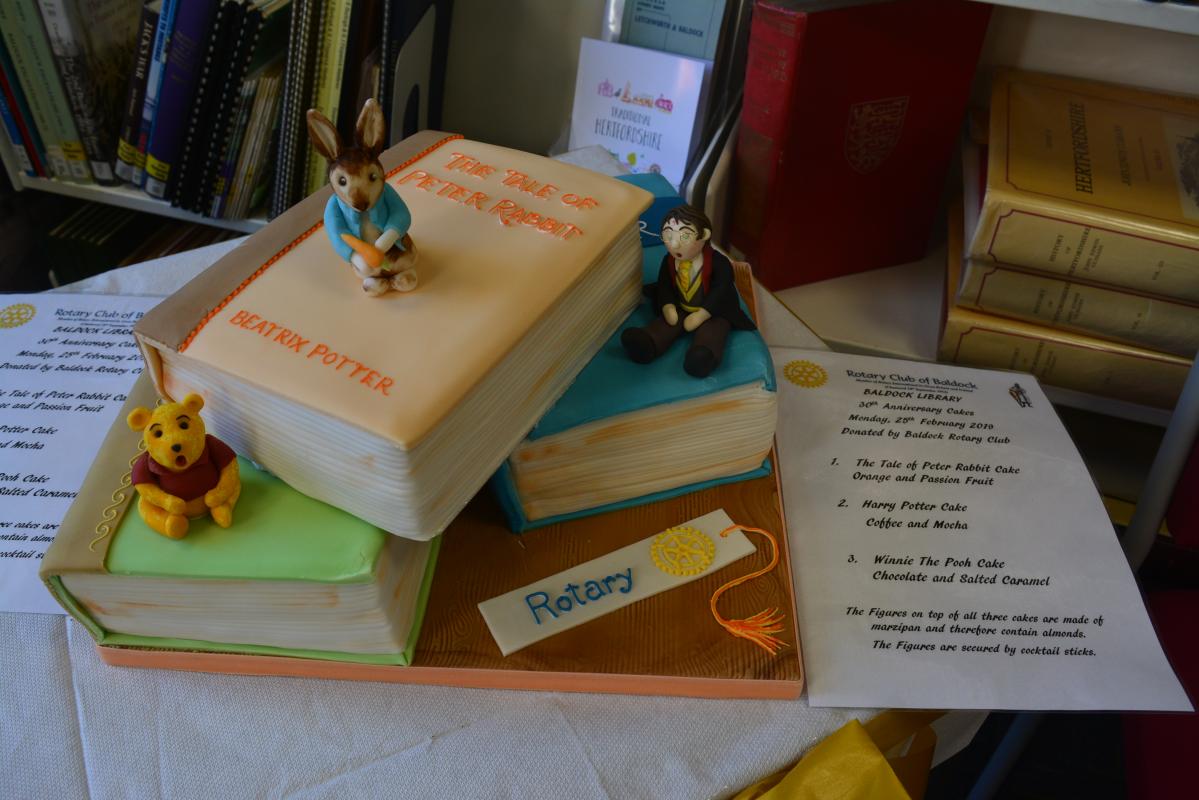 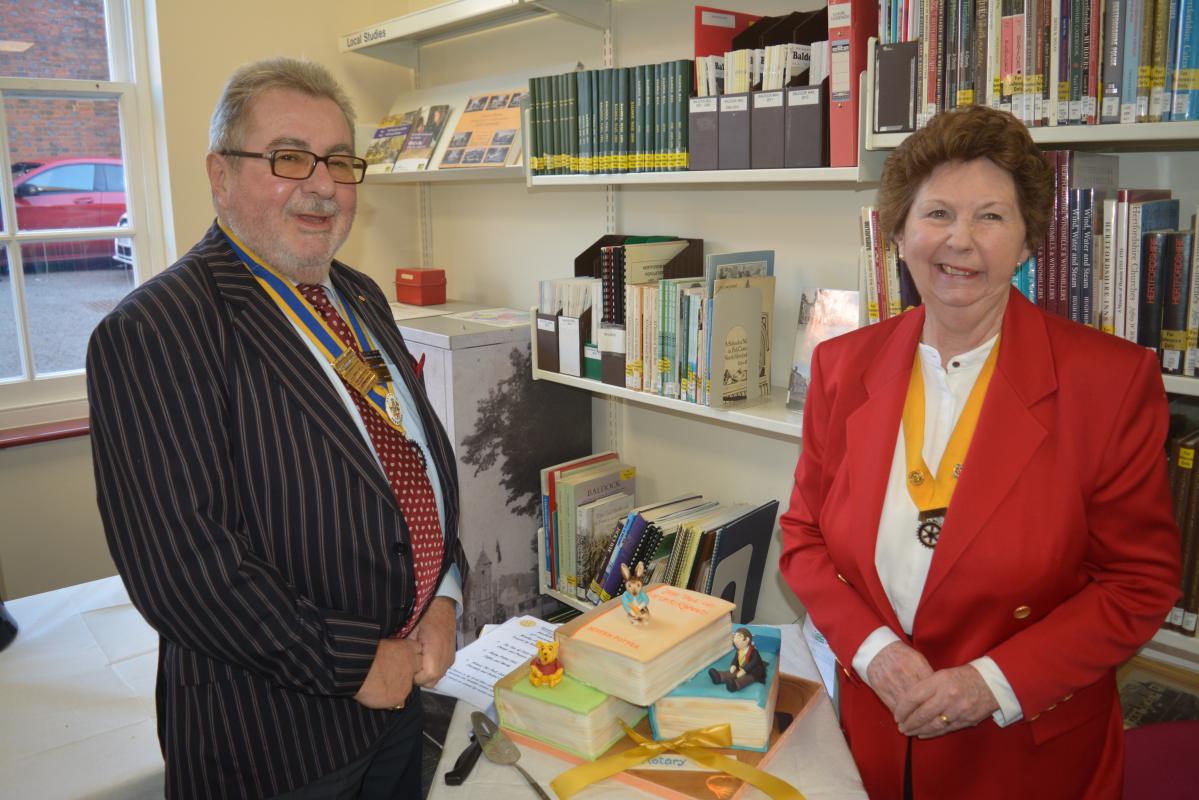 Members of the community were invited to join staff, both past and present, local Councillors and members of Baldock Rotary club to celebrate the occasion in typical birthday style with tea and cake.

Herts County Councillor Terry Douris, Executive Member, Education, Libraries & Localism commented that Baldock Library is a vibrant hub of the community and offered a broad array of activities and services for all ages.  A number of improvements had been undertaken to the children’s area, the reference and study area, IT facilities and outside signage demonstrating the commitment to the library by Herts CC.

Debra Turner, the Library Manager, thanked the groups and partnerships who had supported the library anniversary event, and having introduced the library team she spoke about the future programme of events that the library would be introducing.  She then commented about the extremely creative cake that had been made for the occasion and sponsored by Baldock Rotary Club.  The cake, appropriate for the occasion, featured three very attractive books each having a confectionary model of the lead characters, Peter Rabbit, Harry Potter and Winnie the Pooh.

Keith Britter, President of Baldock Rotary Club, spoke about the role that the Rotary Club plays in supporting community activities, events and projects and how pleased he was that the club was able to make its contribution to the Library’s special day.

At that point, although it seemed a shame to do so, Terry and Debra cut the cake which was thoroughly enjoyed by the attending guests.