A selection of events undertaken by clubs to support World Polio Day.


World Polio Day - Around the District 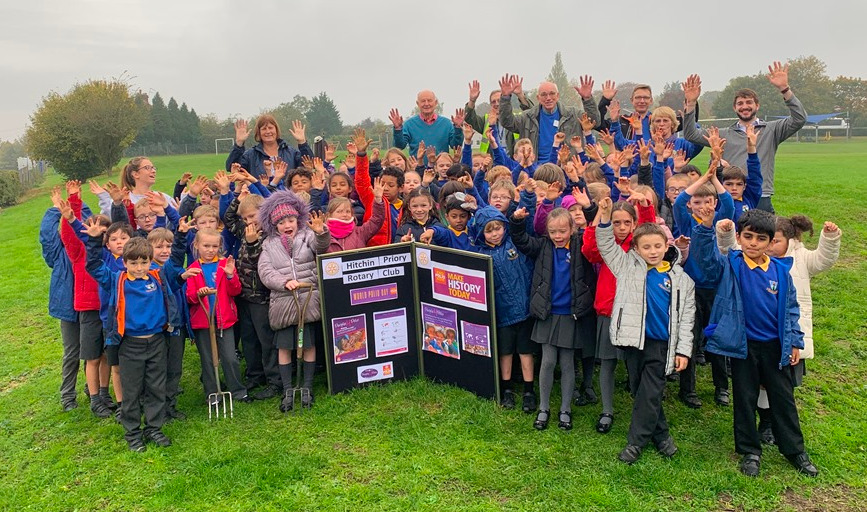 60 pupils at Whitehill JMI School, Hitchin, assisted by their teachers and members of Hitchin Priory Rotary Club, planted 3,000 crocus corms on the school's playing field. The children took a great interest in the project and hugely enjoyed the task they enthusiastically took part in.

When they appear next Spring, the purple flowers will display on a sloping corner of the field, visible to people and traffic passing on the adjoining road. 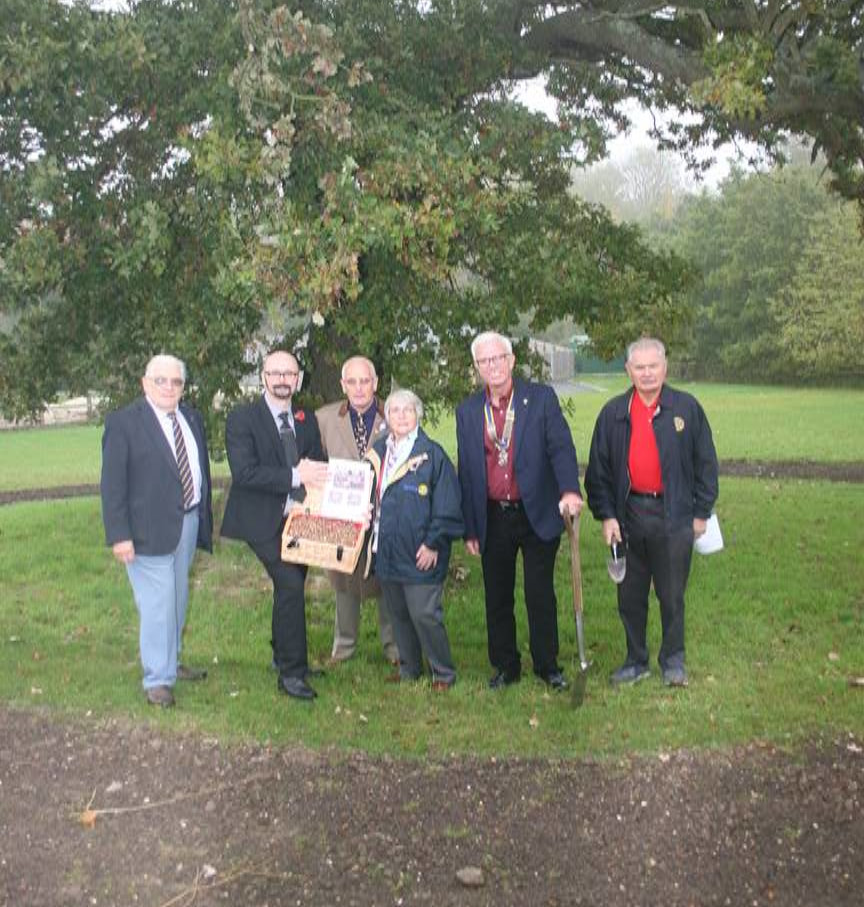 Members of Hoddesdon attended a planting ceremony at Woollensbrook Crematorium here in Hoddesdon, to mark the occasion of World Polio Day.  Hoddesdon Rotary purchased 4,000 crocus bulbs and these have been planted at our local crematorium enhancing the beautiful surroundings but equally reminding those that see them of our objective in ridding the world of polio.

Rotary’s campaign to end polio is in the final push, specifically from the two remaining countries where the virus persists, namely Pakistan and Afghanistan.

The proceeds from the crocuses have been added to ‘End Polio Now’ with funds being raised by Rotary Foundation where every pound is matched by a further two pounds from the Gates Foundation. 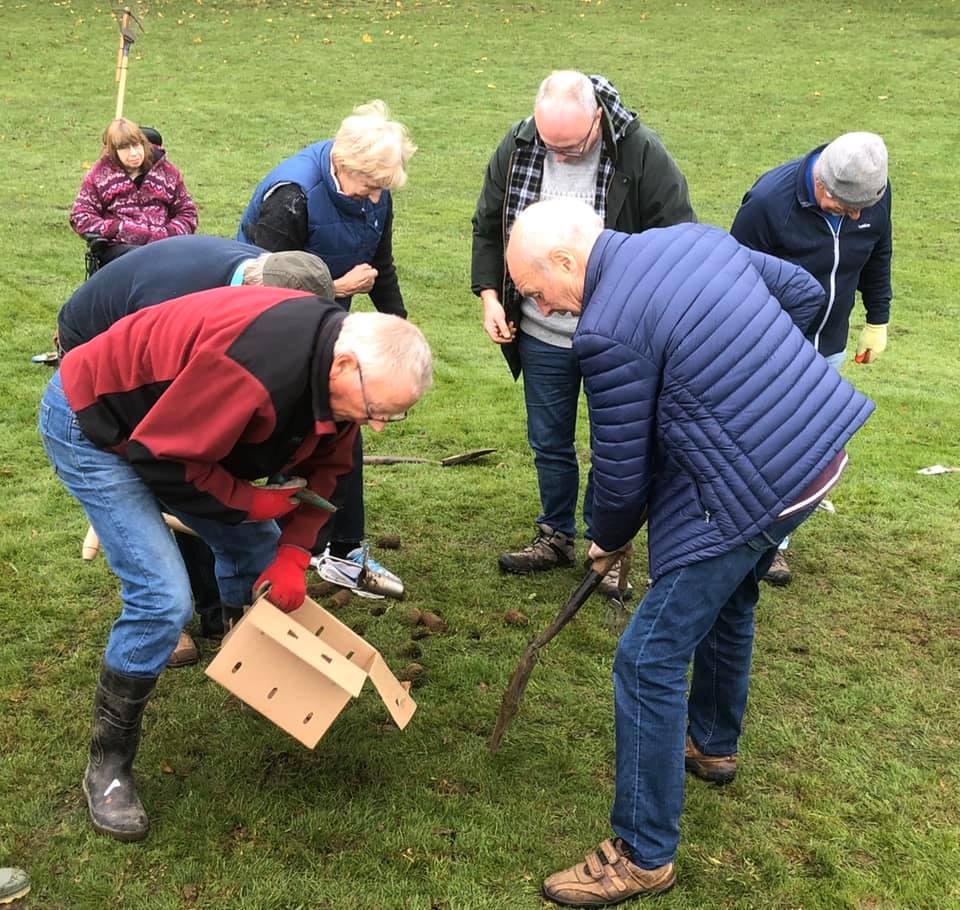 Rotarians from Leighton planted crocuses bulbs in Pages Park to mark our campaign to eradicate Polio from our world. 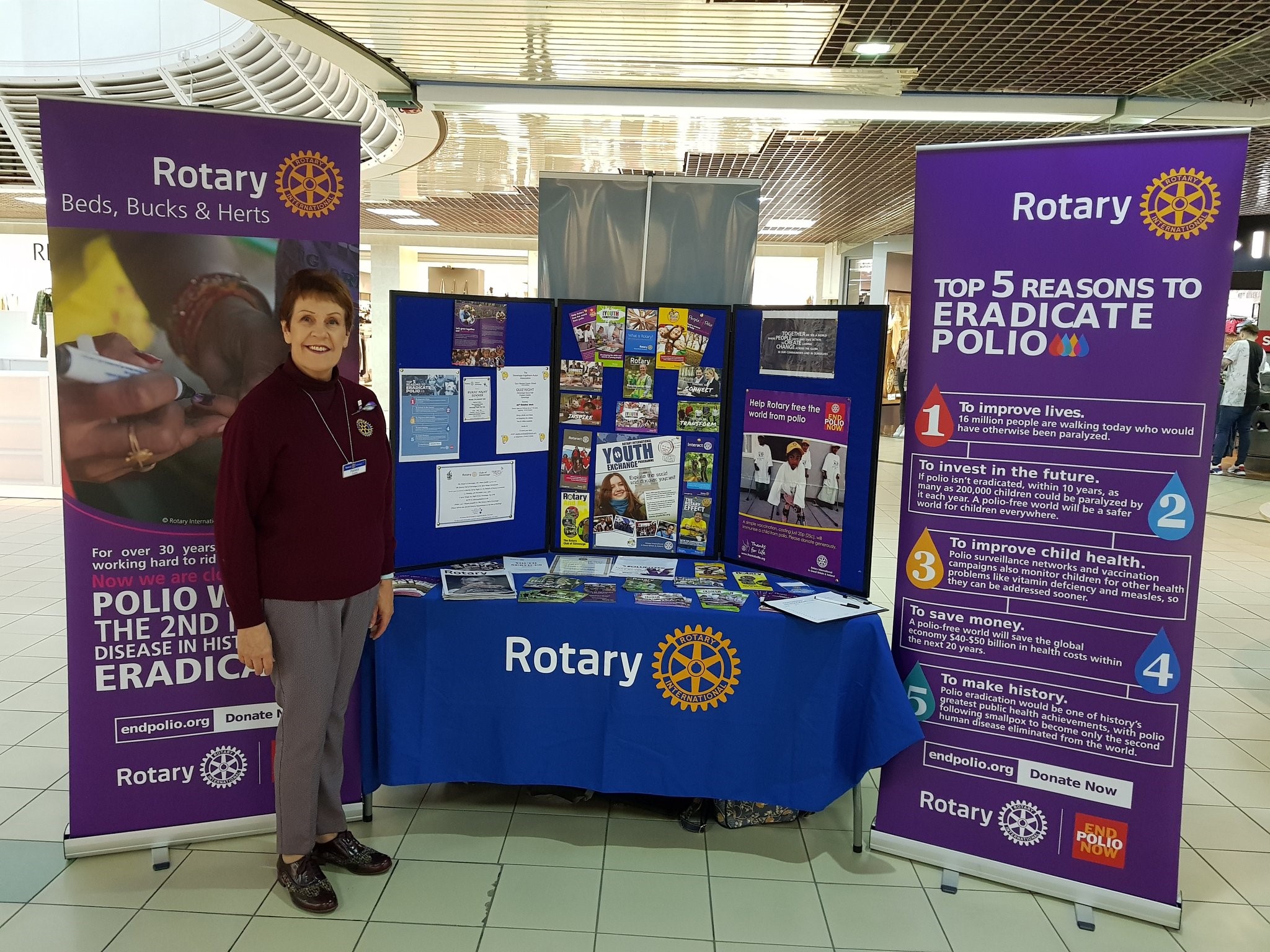 Stevenage Rotary planted crocus bulbs with Bedwell school and the Mayor Simon Speller.  Plus we set up an information display at The Westgate shopping centre. There were also planing to plant more bulbs at a Community Garden and another school.

We have organised the following:

The good news is that the school children and teachers are very enthusiastic about the End Polio programme and have even passed on information to parents. One school has asked if they can arrange a collection for Rotary for the project. 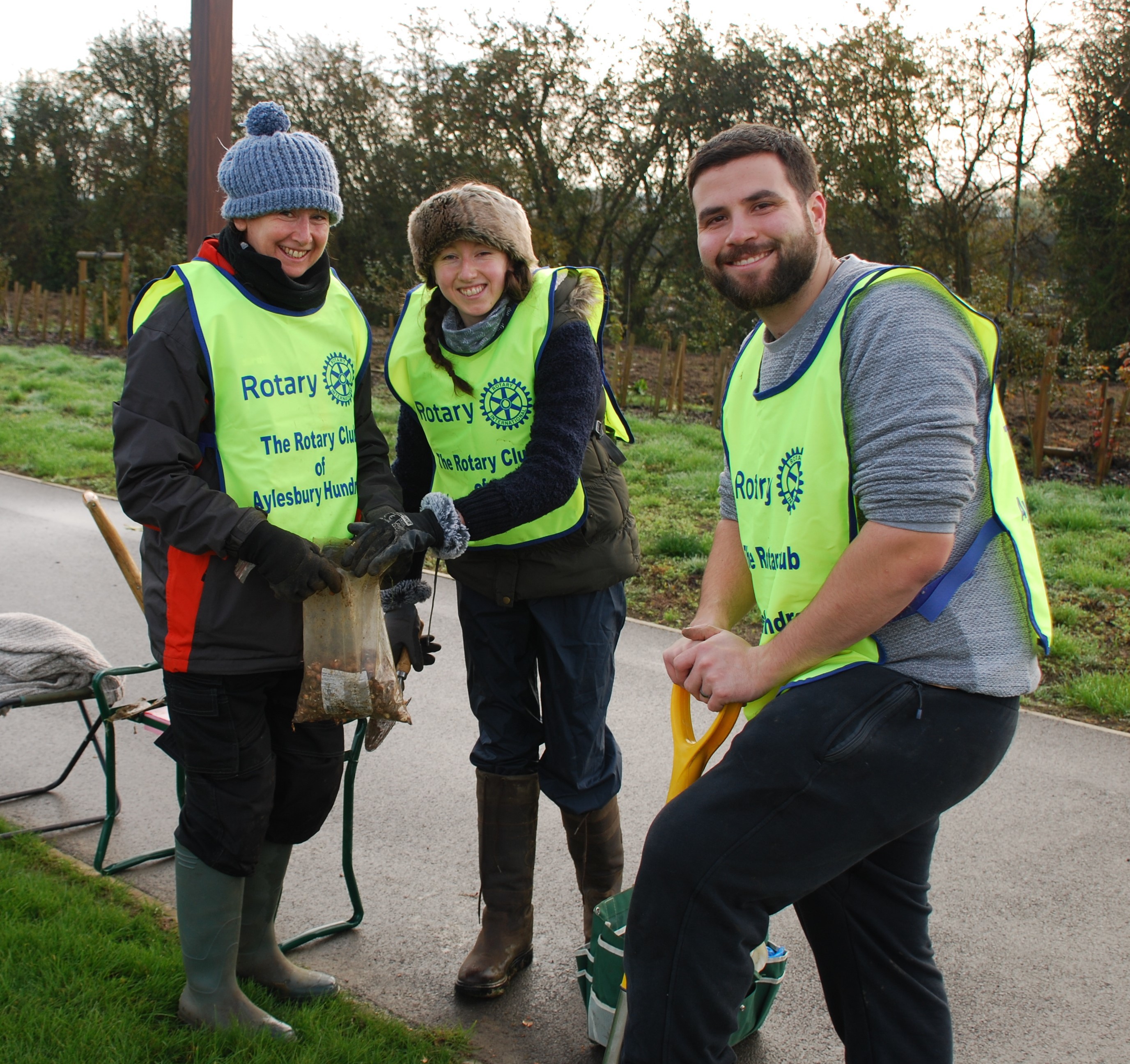 In November two teams of club members went crocus planting on the giant new housing development of Kingsbrook in Aylesbury and planted 8000 crocus corms in the verges and centre island of the main road through the area.

Supporting the awareness of ‘End Polio Now’ they will come up yearly and be in full view of all who travel this highway. The teams started at 9.00am and had completed the planting and cleared up by 11.30am (is this a record)?!

A glimmer of an idea comes to fruition - Back in February our incoming DG Mary Whitehead started to spread the message that she wanted us to do ‘Something Different’ in her year.

So just before World Polio Day 50 of us gathered at the Regency for a night of fun starting with an excellent Chinese banquet, followed by a Purple theme raffle and finishing with a bit of Karaoke. Jason started us off with a bit of Elvis, then Barbara Middleton was sponsored to sing a bit of ABBA and then others got into the act.  There was a variety of standards – from the very good to the not so good, but it didn’t matter as we were all there to have fun and raise money to help End Polio. 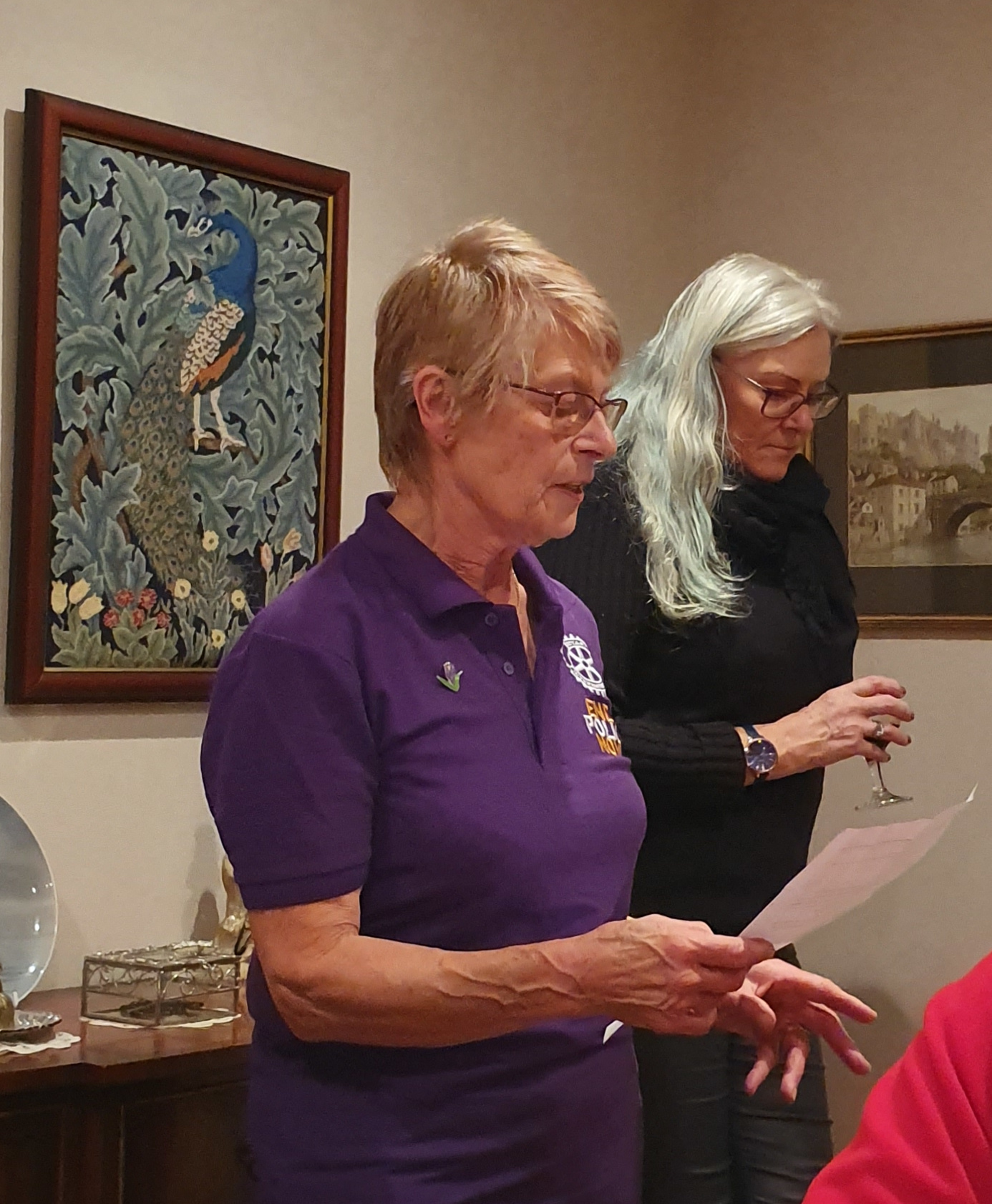 And lastly even the DG got in on the act, hosting a Fill your Plate for Polio evening.  As well as Mary saying a few words on why we were gathered, another Rotarian and Polio sufferer explained a bit about living with the disease. 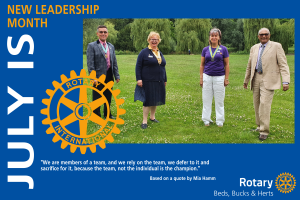 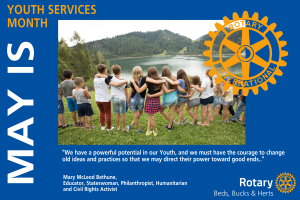 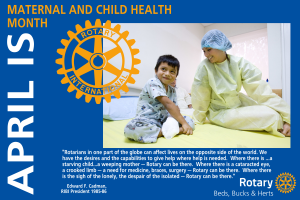 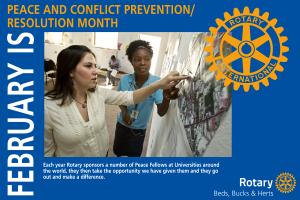 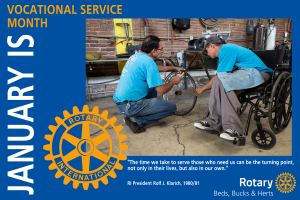 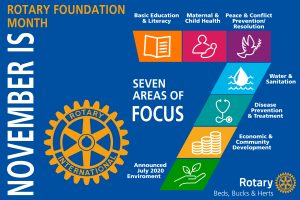 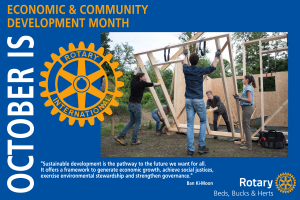 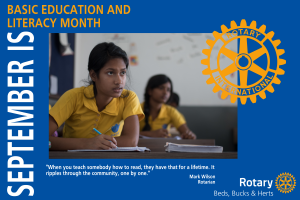 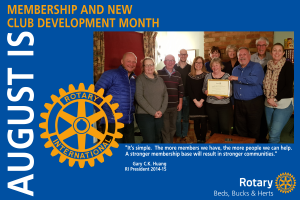 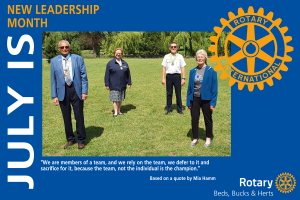 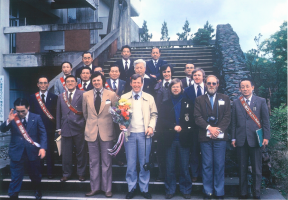 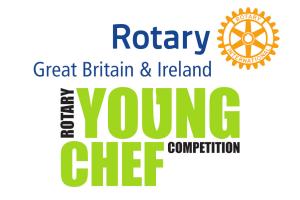 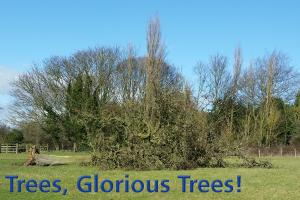 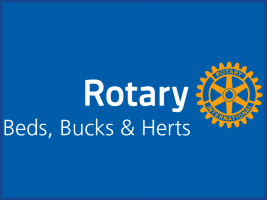