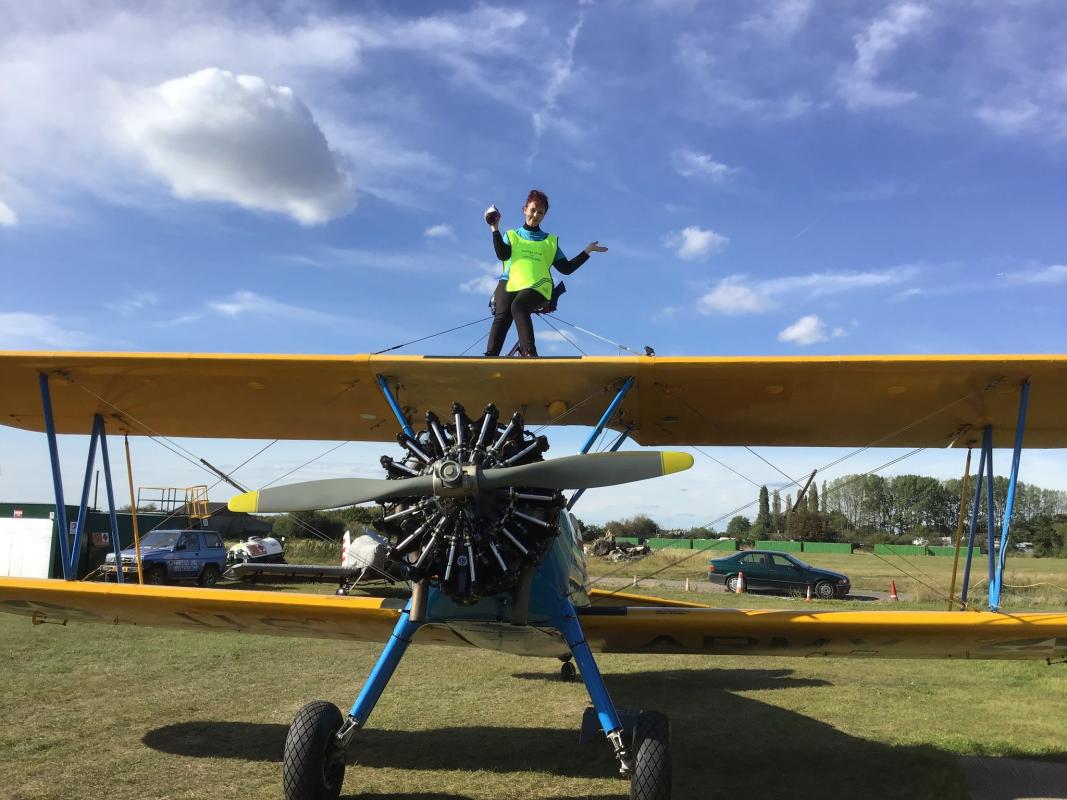 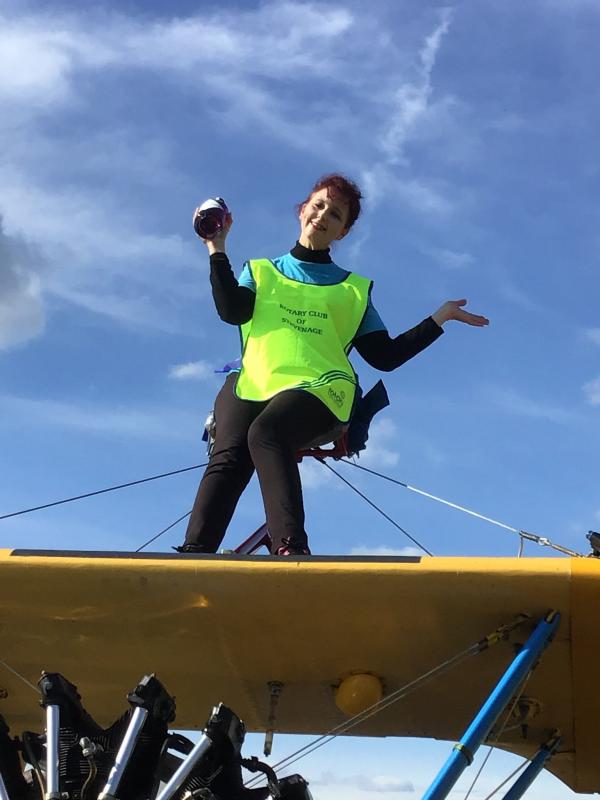 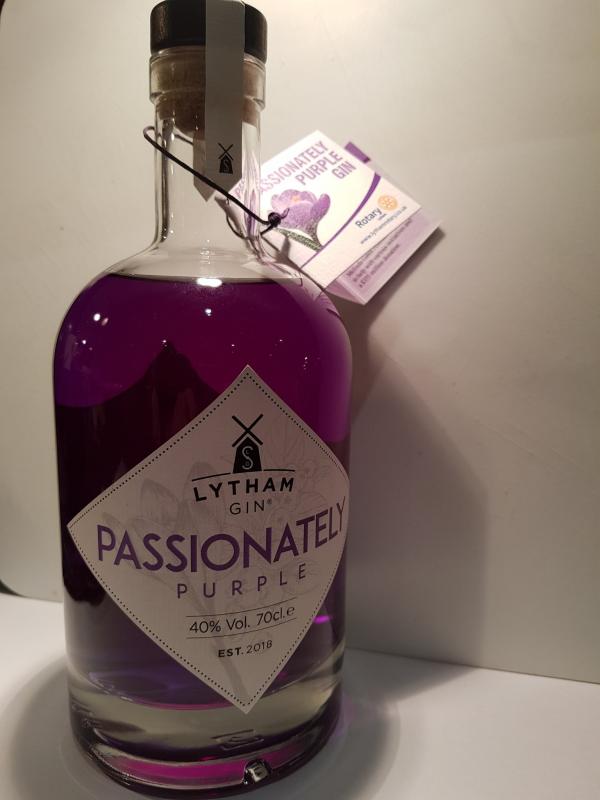 That was the opinion of the judges when making the winning selection for this year’s promotional photo award involving a bottle of the famous gin.

Entries were received featuring America, India and the UK but the glittering prize donated by Riviera Travel went to Rotary Stevenage.

Promotors Rotary Lytham, who launched the special purple craft gin in October last year, broke the news to Stevenage club’s President Gerry Strohm who said: “How fabulous or should I say magnifique?” for her super prize will be a three night stay for two in either Paris or Bruges with travel and excursions included. The photo featured PassionatelyPurple Gin’s wing-walking adventure with Gerry which also helped the club raise £1600 for their local hospital’s charity.

The gin’s fame continues to spread with 1200 bottles now sold netting over $25,000 dollars for End Polio Now when embraced by the Bill and Melinda Gates Foundation.

Rotary Lytham now has a friend for the 70cl bottle — a taster/friendship 20cl version at only £15.

Help us take sales to new heights by ordering now for Christmas at https://www.rotarygbi.org/media/2019/10/PASSIONATELY-PURPLE-GIN-ORDER-FORM.pdf

We can guarantee delivery by carrier if ordered not later than 10am on 20th December.