Experiences of a Japanese Prisoner of War

"Its not just your age" Talk on Spinal and Skeletal health.

Flowerpot Inn to and from

Polio Plus and RI update

Polio Plus and RI update

"The Rise and Fall of Skindles"

Shaping the Future of Healthcare 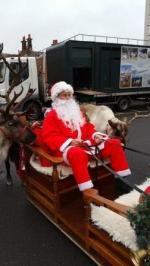 The Wild, Weird and Wonderful was just the subject matter! read more...

Writers Workshop with Ali Sparkes and some future authors.

Chris Chugg takes over the Presidency from Barry Hatch.

Going through Hurley Lock about 2 pm

Speaker - Martin Trepte.
This is a Partners and Visitors Evening

By Michael Broom of H B Dobbins

An opportunity to see and experience the activities