This event marks the handover by the current President of Nailsworth Rotary, Eve Blundell, to the incoming President, Jonathan Bowen-Davies. read more...

Caroline Tosh is a locally-based osteopath, and she will share with us how this form of treatment can benefit a wide range of people. read more...

The incoming President of Nailsworth Rotary, Jonathan Bowen-Davies, will outline his plans for his Presidential year which starts on 1st July 2018.

This is Gloucestershire's longest established independent record shop, and stocks over 50,000 pieces of vinyl and CDs - both new and second hand. read more... 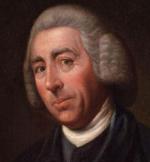 He worked for one King, six Prime Ministers and half of the House of Lords. What was the secret of his success? read more...

The aim of the presentation is to take the audience on an emotional roller-coaster - a journey through what protecting some of Africa’s most iconic and endangered species and habitats actually involves. read more...

Dinner followed by a talk.

Details of this event will be published in due course.

Thu 1st March 2018 Nailsworth Climate Action Town Group - This talk has been postponed because of the weather forecast for 1st March.

Thu 15th February 2018 The Camera Obscura - Past and Present

Mike Rignall will share some of his in-depth knowledge of cameras with us, focussing on the Camera Obscura, sometimes referred to as a pinhole camera. read more...

Committed to supporting vulnerable and marginalised adults in the Stroud District read more...

Details of the new speaker and subject will be announced soon. read more...

This regular meeting looks back at recent activities and looks forward at planned service, fund raising and social activities.

This will be held at Egypt Mill, and details will be made available in due course.

This meeting will be held at Minchinhampton's New Golf Club.

Roger Benson, who used to own Burleigh Court Hotel, will be our speaker read more...

Michèle Lazarus will tell us how hypnotherapy can resolve a wide range of problems from relieving anxiety to weight management read more...

This event marks the 10th anniversary of the Rotary Charter being awarded to the Club, and will comprise an action-packed evening. read more...

Christina is a renowned explorer, writer and film maker, as well as the founder of The Dodwell Trust, a charity dedicated to the country and people of Madagascar. read more...

Driving a car is an important part of personal, family and work life for millions of us. However, there comes a time when each of us needs to reduce our driving, or even stop altogether. How does one meet this challenge? read more...

Alexia Clark, the Museum's Documentation and Collections Officer, will present an overview of the Museum, its collections and exhibitions. read more...

Robin Mitchell will provide an update on the two improvement projects in Vumilia, Tanzania, which Nailsworth is funding read more...

Alan took over as District Governor of Rotary District 1100 in July 2017, and he will be giving us details of his plans for the District during the year ahead. read more...

An evening at the Nailsworth Bowls Club which will involve some instruction, a game and then refreshments

The speakers from the Best for Ben Charity's Committee gave us an overview of this recent very successful campaign to get Ben back into his home in Avening following his traumatic accident over one year ago. read more...

Dr Gareth Parry, Head of Community Programmes at Gloucestershire Wildlife Trust will give an overview of the effect of different carnivore species on our environment read more...