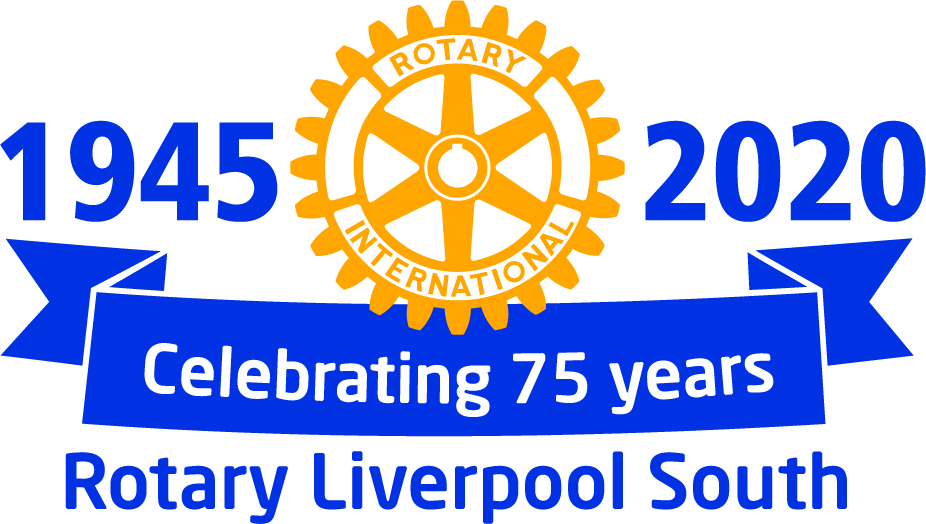 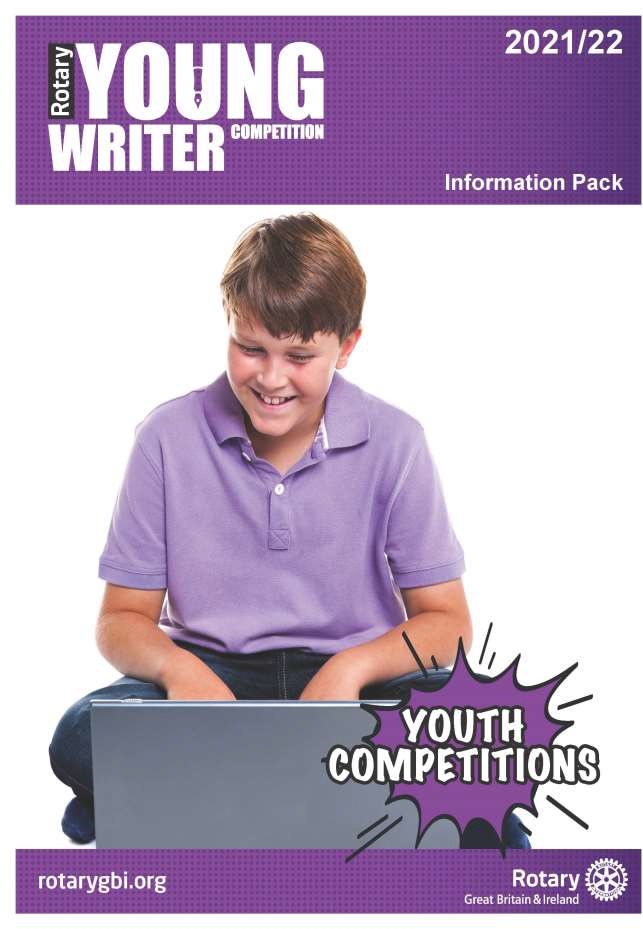 Entries should be given to your class teacher by Friday 18th February.

The presentation evening will probably be held on Zoom in March when the winning entrants will be read out by our members.

You, your parents and the school contact will be invited to this event.

Task: to produce a piece of original writing entitled, ‘Environment’. The entry can be fiction or non-fiction, prose or a poem, as long as the piece relates to the theme. Up to maximum of 550 words for prose entries. Up to a maximum of 40 lines for poetry entries. No pictures/drawings to be part of the entry. All entries to be legible. Can be written or typed.

During the month, we were fortunate to have presentations from Parkinson’s UK and Liverpool Sunflowers Cancer Care. Both meetings provided members insights into illnesses which may affect any one of us.

If you were unable to attend you missed a wonderful evening of nostalgia, fact finding, awe and one of our most eloquent speakers.

Sharon is responsible for the 235 vehicles that form Liverpool’s Large Object Collection which used to be housed at the Princes Dock, but now mostly in Storage in the depths of Bootle – from bicycles to steam locomotives. She informed of the plans to bring many out of storage and put on display in a new facility at the Wirral Dock Branch Park. Sharon told us the stories of a few of the exhibits.

Pride of place was The Lion Locomotive - in 1837 the Liverpool and Manchester Railway ordered two locomotives to haul luggage trains, which were later called 'Lion' and 'Tiger'.

In 1859 Lion was sold to the Mersey Docks and Harbour Board and installed as a stationary pumping engine at Princes Dock. She was rescued by members of the Liverpool Engineering Society. After restoration at the Crewe railway works she took part in the centenary celebrations of the Liverpool and Manchester Railway in 1930, pulling a replica train. During the period prior to the Second World War Lion stood on a plinth at Lime Street Station but was removed in 1941 and not replaced. In 1980 Lion took part in the 150th anniversary celebrations of the Liverpool and Manchester Railway at Rainhill under her own steam. However, in 1992 she retired from active service and is now on display in the Museum.

She went on to tell us about the building of the Mersey Underground Railway and the Cecil Raikes Steam Train. She showed us beautiful pictures of Liverpool’s last tram and told us the story of its restoration. There also tales about many different motors cars e.g. the 1910 Vulcan and the first Ford Anglia made at Halewood. And then there were the fire engines, the horse drawn carts, the bicycles and the famous Mason’s Removal Van (a company still going strong to this day).

There was almost too much to take in, but a remarkable reminder of what an innovative city Liverpool was.

The next 24th of October is going to be a special day for Rotary, the "The world polio day".
Today the number of cases is down by 99.9%. Over the last 35 years, Rotary members, working with communities around the world, have contributed more than US$2.1 billion and countless volunteer hours to the fight to end polio.

Inspired in part by Rotary’s volunteer commitment and fundraising success, the Global Polio Eradication Initiative (GPEI) was launched in 1988.
This remarkable partnership which includes Rotary, World Health Organization, UNICEF, the US Center for Disease Control & Prevention and, more recently, the Bill & Melinda Gates Foundation and GAVI the Vaccine Alliance. These organisations work alongside governments of the world to end polio.
Because of the efforts of Rotary and our partners, nearly 19 million people who would otherwise have been paralysed are walking, and more than 1.5 million people are alive who would otherwise have died.

Despite there only being a handful of cases left in the world, continued campaigning, health worker training and vaccination programmes are essential to stop the disease returning and ensuring the world is certified polio-free. Over 400 million children still have to receive their polio vaccinations by the GPEI partners multiple times every single year in more than 50 countries.

With polio nearly eradicated, Rotary and its partners must sustain this progress and continue to reach every child with the polio vaccine. Without full funding and political commitment, this paralyzing disease could return to polio-free countries, putting children everywhere at risk. Rotary has committed to raising US$50 million each year to support global polio eradication efforts. The Bill & Melinda Gates Foundation has pledged to match that 2-to-1, for a total yearly contribution of $150 million

Rotary’s people of action have used their passion, energy, and intelligence to improve lives through service.

Visit endpolio.org to learn more about Rotary and the fight to eradicate polio. 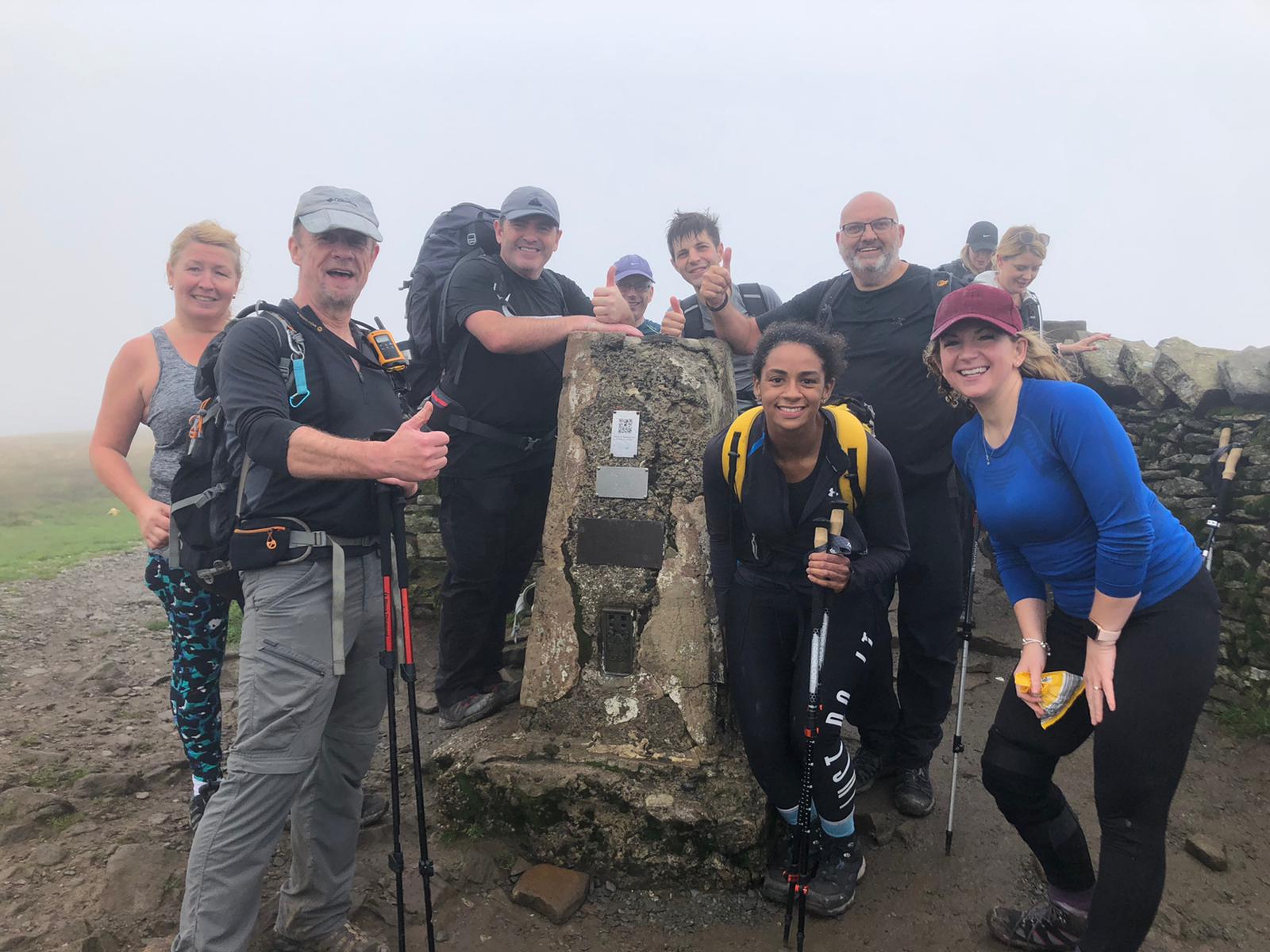 What did Liverpool South Rotarian, Emilio Greco, say about his Challenge to conquer 24 miles of the Pennine Range of the Yorkshire Dales National Park, including the peaks of Pen-yghent, Whernside and Ingleborough. He joined a group of fellow Rotarians to raise funds for the Liverpool University Hospitals’ Charity to purchase specialist equipment and improve facilities for patients and staff at the Royal, Aintree and Broadgreen University Hospitals.

“ It has been really a great experience and raising funds for the hospital made it even better. I was quite reluctant to take on the challenge in the beginning because it's easier to say no. But life is stepping outside your comfort zone and as a Rotarian I have chosen to be a person of action.
Working for the hospital I realise everyday how many people we help and the difficulties we face to provide the best service possible. Therefore, I decided to do that and I smashed the target (£200) thanks to the club support as well! A total of £575 was raised just by me (the most collected by one person) and I am still receiving money. I cannot wait for the next one!” 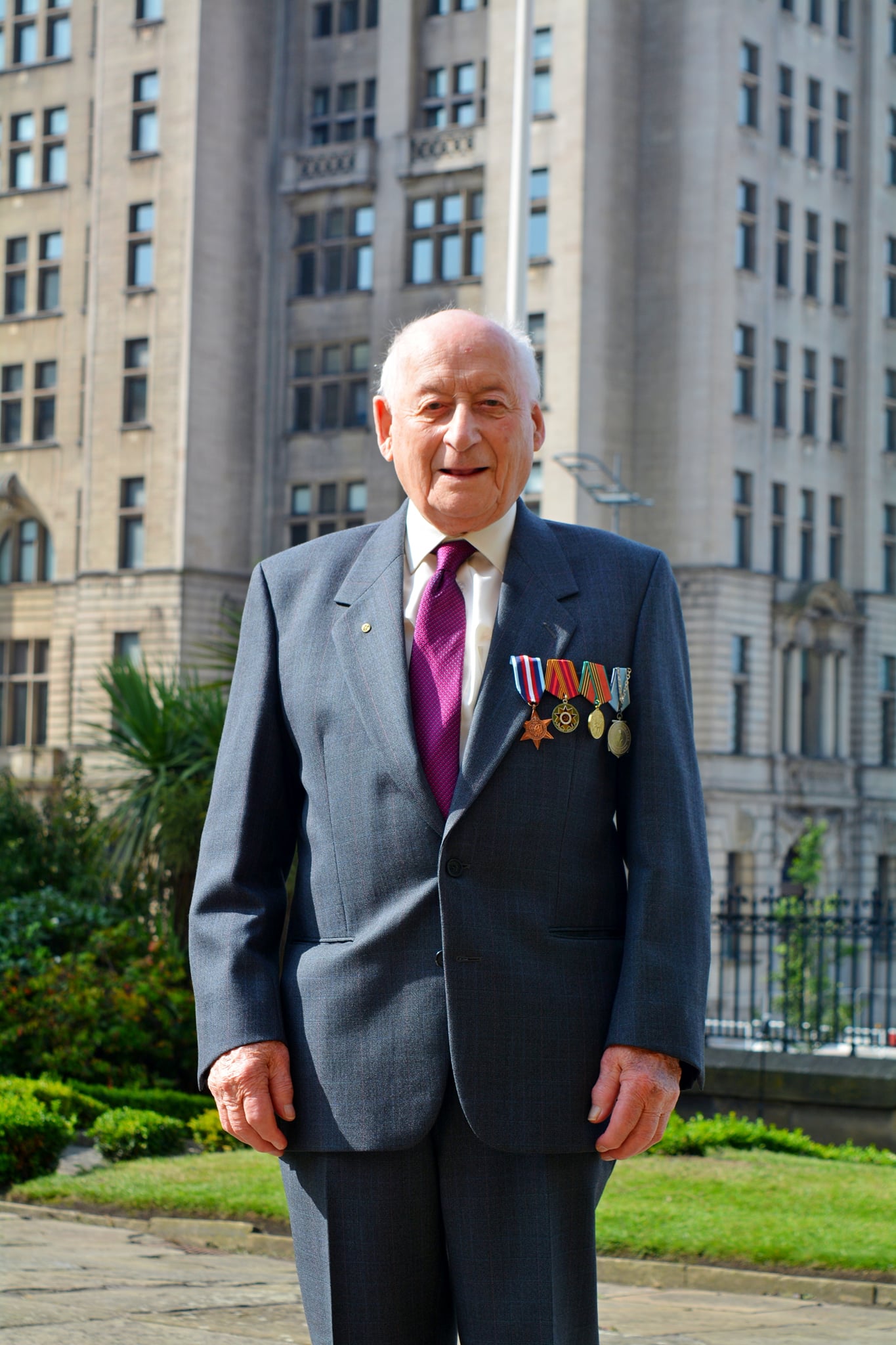 A national service to mark the 80th anniversary of the Arctic Convoys was held in Liverpool on Thursday 12 August 2021.

The event, at Liverpool Parish Church,was followed by a wreath-laying ceremony at the Arctic Convoy memorials in St Nicholas’ Church Gardens.

The service will led by the Rector of Liverpool, the Revd Canon Dr Crispin Pailing, and guests – including UK and foreign dignitaries – were welcomed by Mr Mark Blundell, the Lord Lieutenant of Merseyside, and Cllr Mary Rasmussen, the Lord Mayor of Liverpool.

After the service, they were shown Western Approaches, which was established in February 1941 with the primary objective to provide protection for the convoys and control their journeys to and from the UK.

The visit concluded with a reception for 150 guests at Liverpool Town Hall where two veterans of the Arctic Convoys, one of whom is Rotary Liverpool South member Alex Crowe, received a presentation from the Lord Mayor.

The event was held on the 80th anniversary of the first convoy leaving Liverpool on 12 August 1941 at the beginning of Operation Dervish.

A video Alex speaking about one of his journeys is available on Twitter at the following link: Alex Crowe Remembers 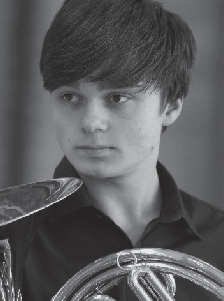 Daniel reached the finals and finished 2nd in the Lutine Prize at ‘The Guildhall’ in London on Friday 25th June 2021.

In the summer of 2019 Daniel was sponsored by the Rotary Club of South Liverpool to attend the week long International Junior Masterclass Course of The Franz Liszt Conservatoire and University, Weimar, Germany. The only student to be selected from the UK, he was shortlisted for the soloist’s recital final and was subsequently awarded second prize overall.

Daniel's performance can be watched online until 10th July 2021 on the following link (at 01:29:14 (about half way in) The Lutine Prize | Guildhall School of Music & Drama (gsmd.ac.uk)

President Joan overseeing the CRG Homecare (Liverpool) cake bake on 20th May 2021 with all proceeds donated to the Covid India Relief Fund via Rotary Liverpool South. 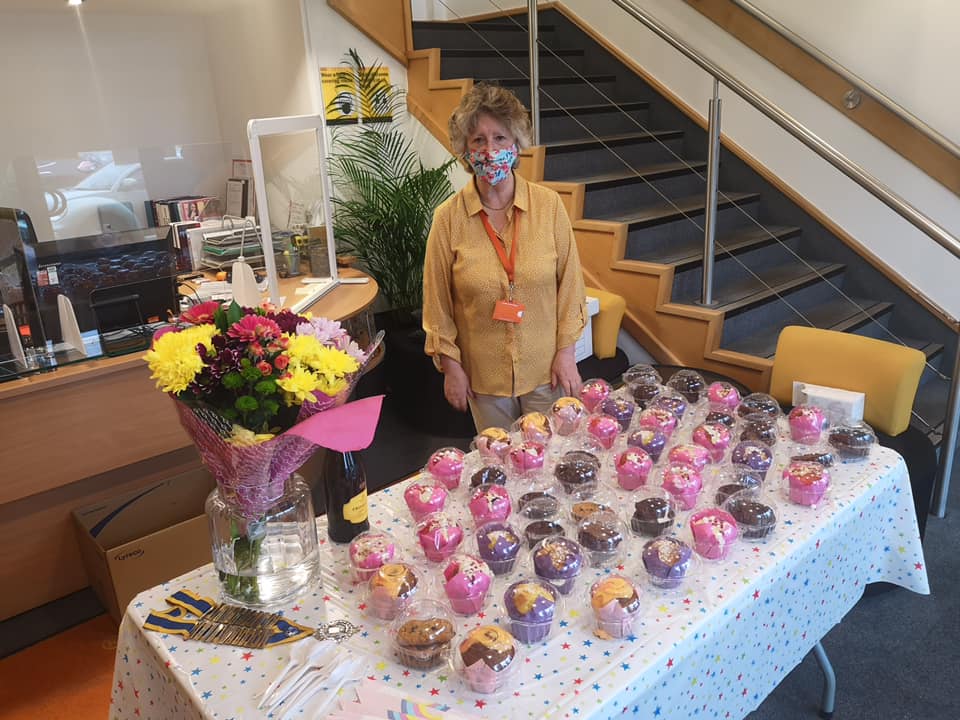 Rotary Liverpool South President Joan handing over the 4000 face visors donated to the local Knowsley Foodbank (part of the Trussell Trust) during April 2021.

We also donated PPE items (face visors and sanitisers to two local schools in our area. 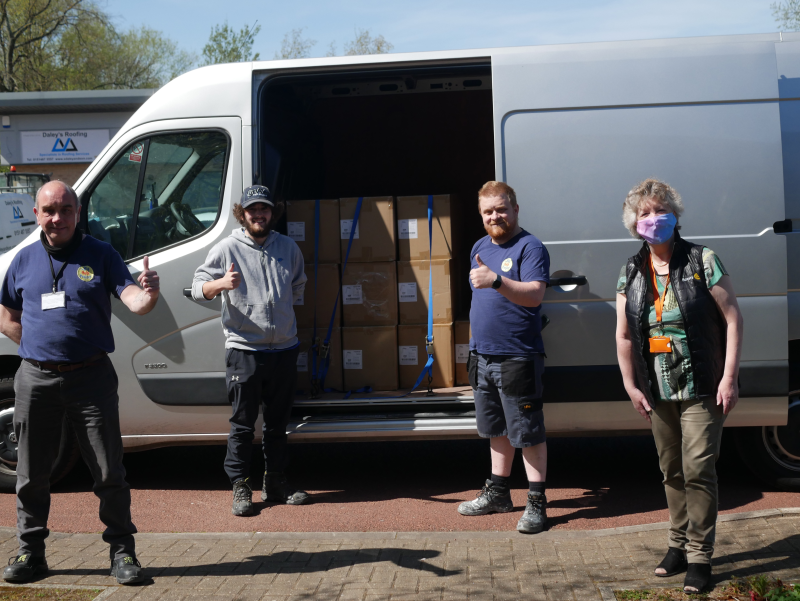 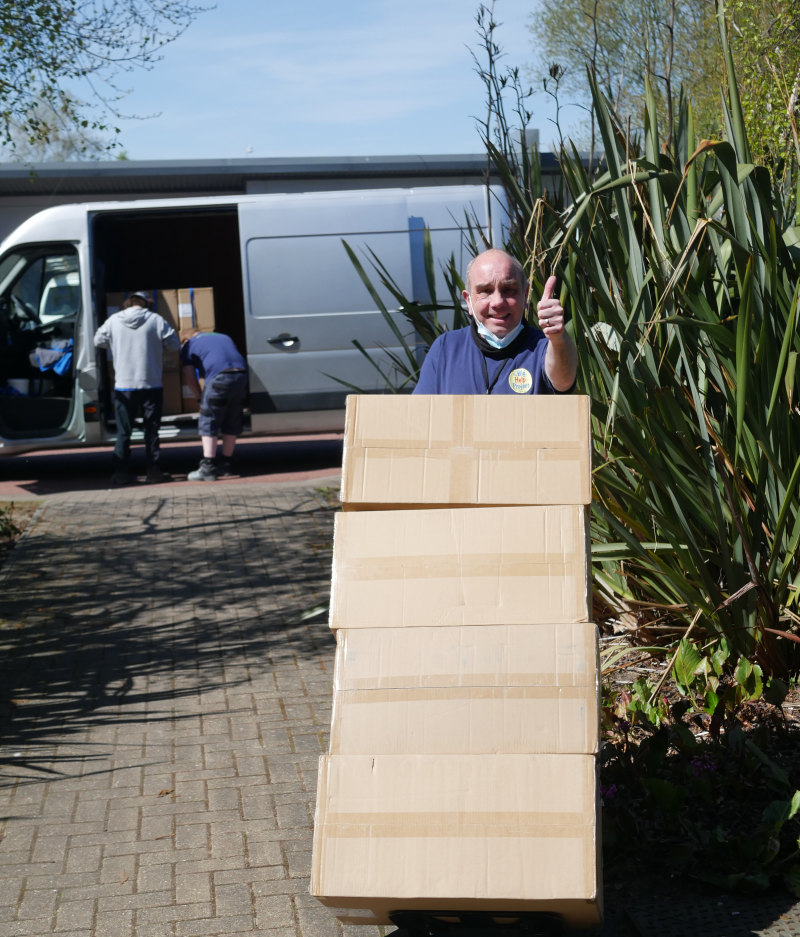 On 23rd February 1905, Rotary International was founded by Chicago-based lawyer, Paul Harris. This year, ‘Rotary Day’ will celebrate 116 years of our incredible organisation!

During that time, Rotary has united people in a common purpose – making connections and making a difference.

Rotary in Great Britain and Ireland President, Tom Griffin, has recorded a special Rotary Day message, which I encourage you to watch here - https://www.youtube.com/watch?v=3AdS1oUp8CQ

Rotary Liverpool South held a "Coin Collection" to mark 'Rotary Day' with all contributions donated to The Rotary Foundation.

Below is a montage of the Coin Collection displays - Thanks to all who participated. 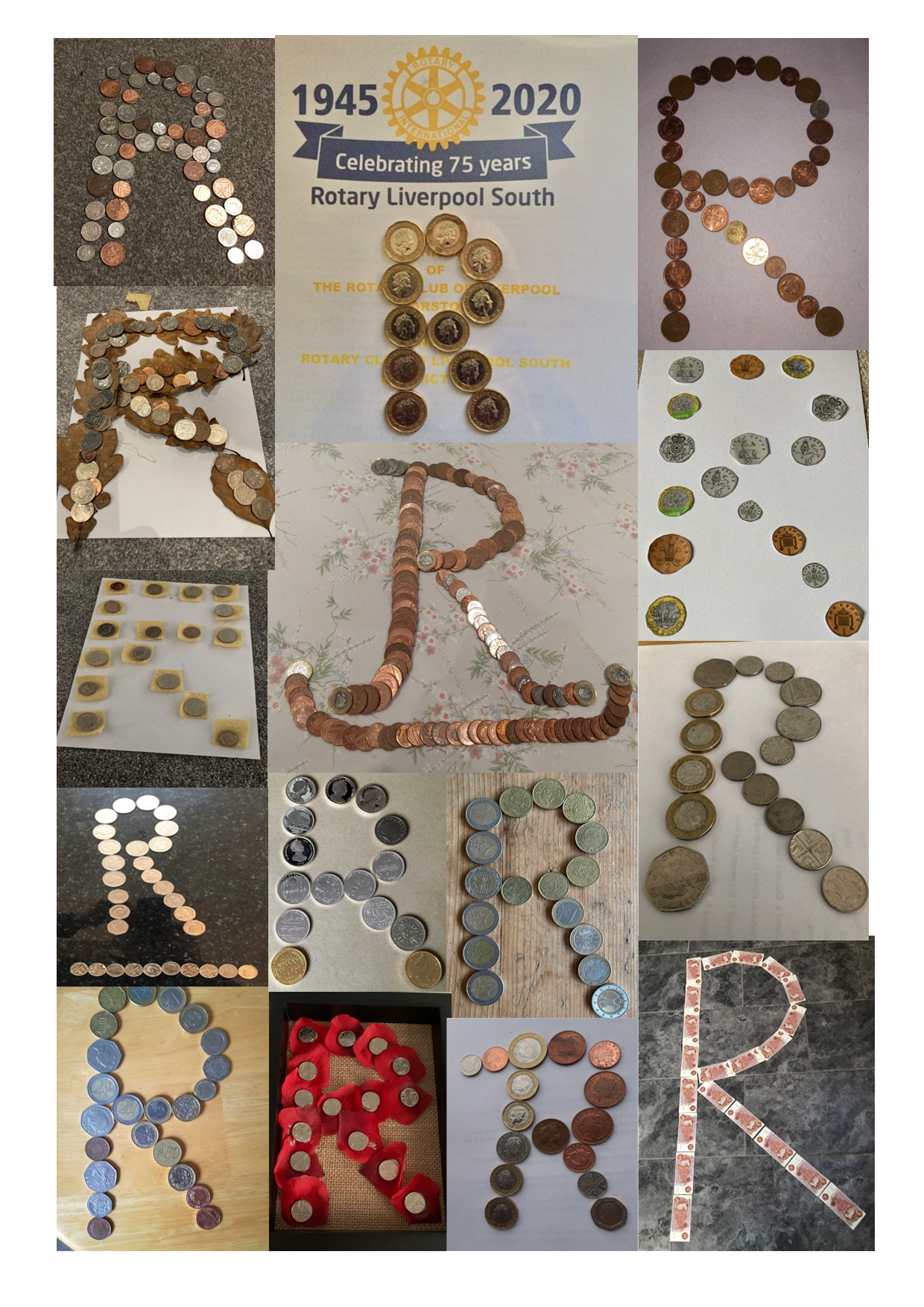 For the past 75 years, Rotary Liverpool South has been supporting local organizations and groups in the South Liverpool area.

Despite lockdown we are continuing to meet on a weekly basis by Zoom and also where possible involving our members in community activities.

If you wish to have more information regarding our club or would like to join one of our Zoom meetings please contact us on the CONTACT TAB at the top of this page.

For assistance or someone to chat to

Get the Rotary Liverpool South app!