Rotary Club of Preston South - welcome! Please scroll/swipe down through this page to find out more about us, in addition to the pages linked in the menu, top-left.

The Club supports the Salvation Army Food Crisis centre in Preston by making a monthly donation of £100. The Corona virus has placed increased demands on the centre and the Club has agreed to double the monthly contribution. 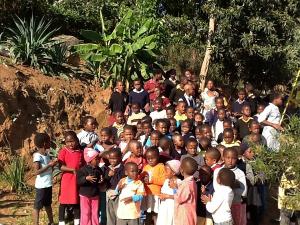 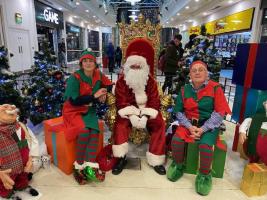 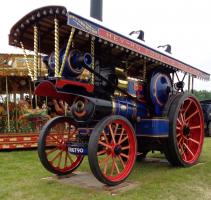 The 10th Leisure Lakes Steam & Vintage Vehicle Rally was a great success. Over a mainly sunny and dry weekend not only was the event a great day out for the family but raised just under £25,000 for local charities. 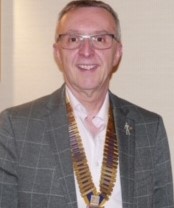 Rotary came knocking on the door in Preston South in the spring of 1966 when our parent club Preston ceded territory embracing the parishes south of the Ribble from Samlesbury to Hoole. It was at this time that the founder members adopted the Griffin which featured on the Club`s early pennants. The inaugral meeting took place at the Bull & Royal Hotel, Preston on Wednesday 28th September 1966 when 32 Members were present.

6 months later on 20th March 1967, the Club was presented with the Club Charter again at the Bull & Royal and now celebrates this Charter each year on the first Tuesday in February. On the 7th February 2017 the Club celebrated its 5oth year anniversary.  Over these 50 years it is estimated that the Club has raised and donated half a million pounds to charities.

From the very begining the Club has been served by a succession of able Presidents and officers drawn from a lively and interested membership currently numbering 33.

Putting the wheels in motion to end polio

We meet on Tuesdays at 12.30
(No meetings on a Tuesday after a Bank Holiday Monday Except May Day)
Penwortham Golf Club
Blundell Lane
Penwortham
Preston
PR1 0AX  01772 744630