Rotary is a worldwide network of men and women with 1.2 million members in over 200 countries united in the ideal of "Service".  Our present Club was formed in 1978 and our members are local business and professional men and women who enjoy working with the community to make the world a better place. 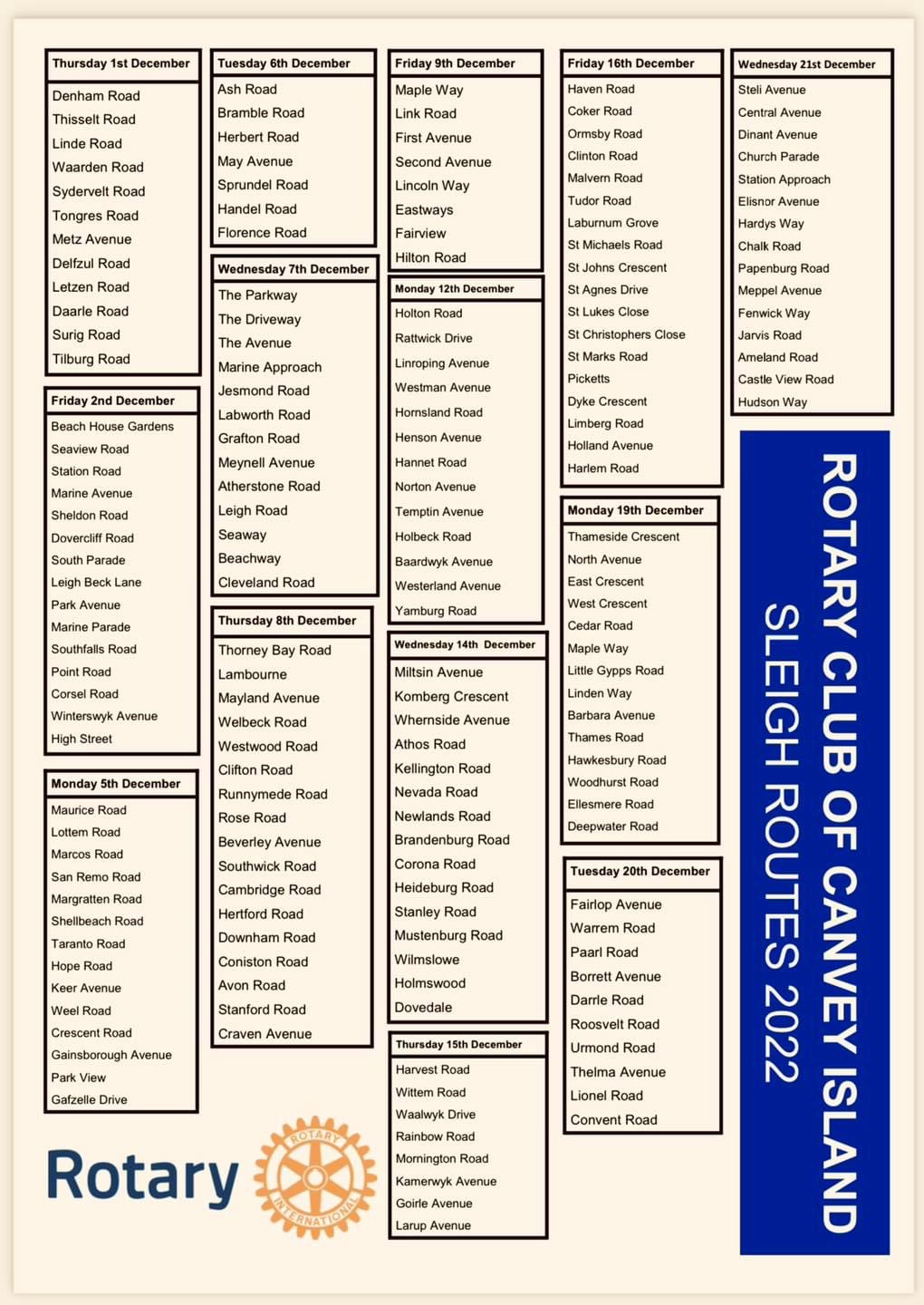 Our Club welcomed Kevin & Heather Geeson representing Essex & Herts Air Ambulance to our meeting on Tuesday night to receive a donation of £500  from our funds to help continue the life saving work of the organisation. 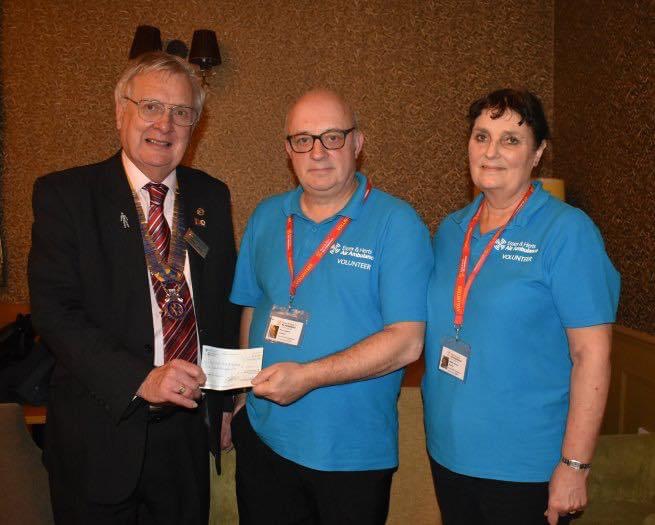 On Sunday 4th September, Rotarian John Clarke, President of The Rotary Club of Canvey Island, welcomed everyone to their " T By The Sea " held at the Band Stand on Canvey seafront. The free event, organised by Rotarians Sue Hampson & Tony Clarke, had been an annual event until Covid came along.

Now, after a three year break, we made a return, with the sun shining to help make a very successful afternoon, with a few hundred people sitting on the grass of the seawall and around the Band stand area, whilst enjoying the entertainment from the bands.

The Club gave a huge thanks to the bands - ' The Targets', ' The Long Run ' , ' Free Spirit ', & singer Nick Brown, all of whom performed free of charge.
A number of people were even dancing and singing while the bands played. Everyone enjoyed the afternoon whilst having their picnics and being entertained. The afternoon was a great success. Here's to Next Year's event !!

The Club gives thanks to Canvey Island Town Council for the use of the Band Stand and to Derek & Suzanne Gray from 'Jimmy Mac's ' who supplied power for the bands, as there is none actually connected to the Band Stand. 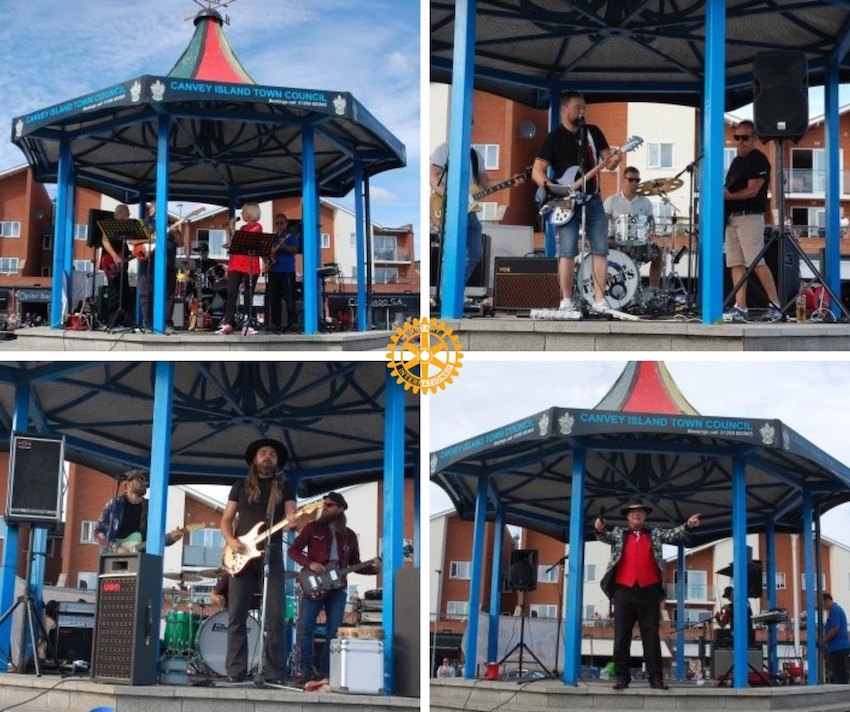 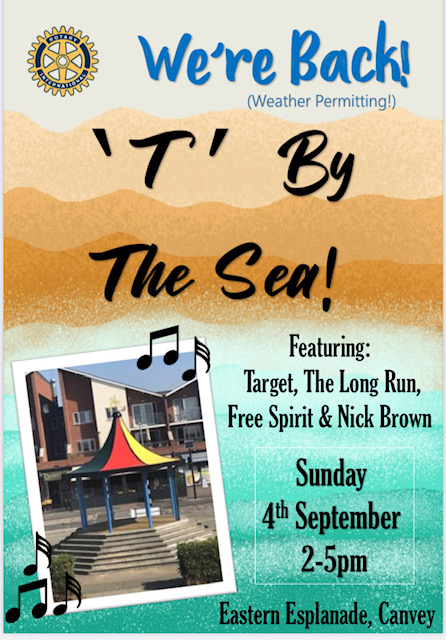 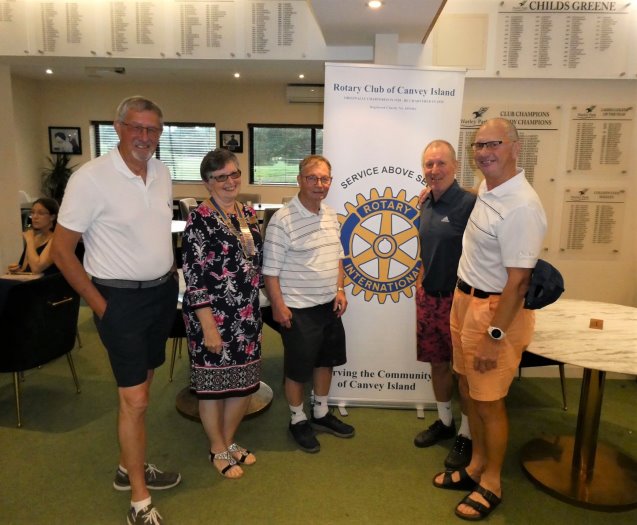 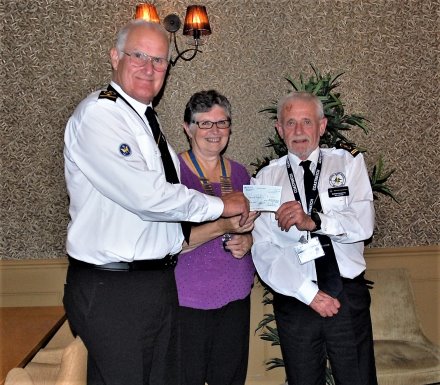 Rotarians are helping at the Paddocks assisting with the vaccine injections. 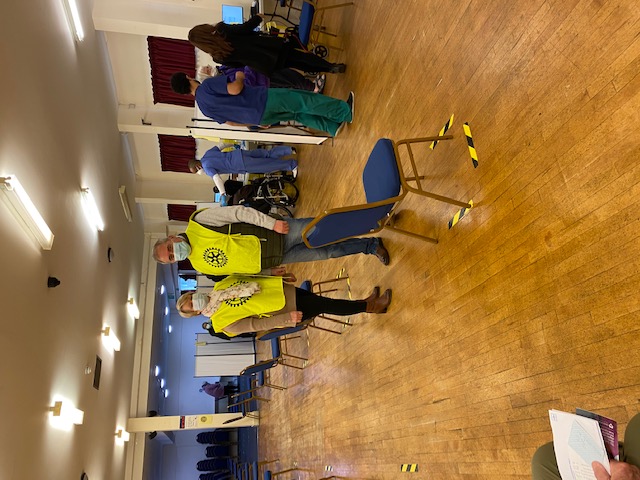 Get the Rotary Club of Canvey Island app!