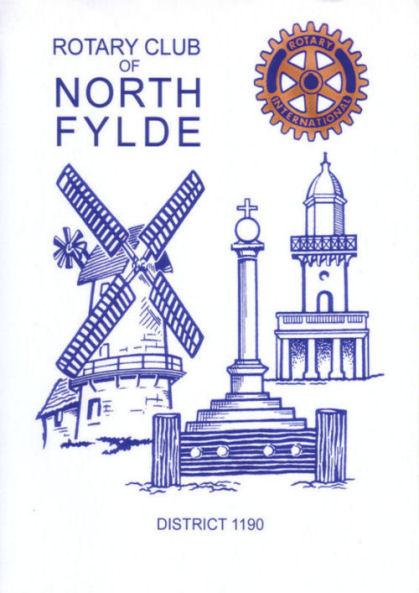 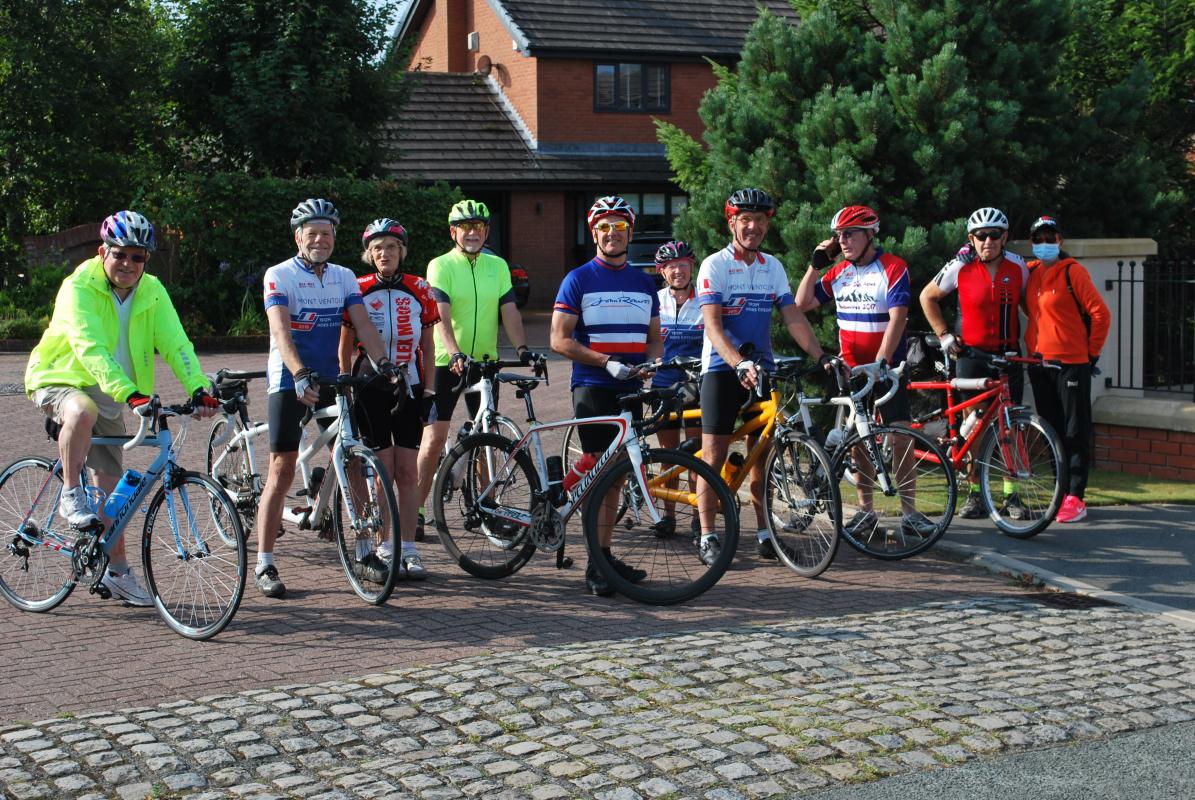 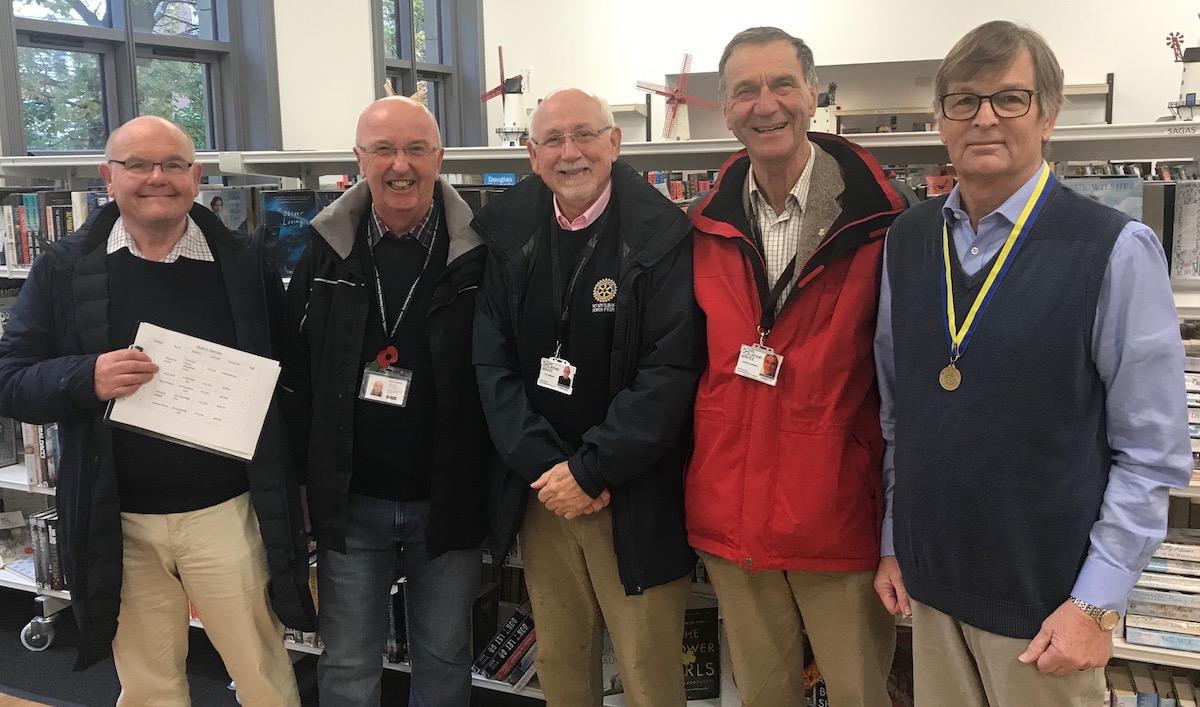 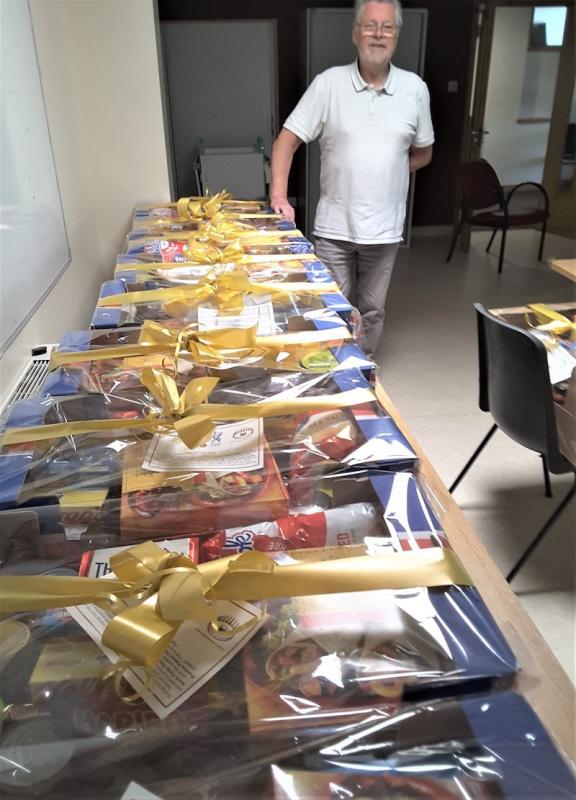 Welcome to the web site of the Rotary Club of North Fylde, we meet at the Briardene Hotel 56 Kelso Avenue, Thornton Cleveleys - if you require directions just click on the map.

North Fylde Rotarians are enthusiastic, fun-loving and active volunteers who get together most weeks of the year for dinner, fellowship and professional networking. We have a varied programme of informative guest speakers and enjoy social events such as ladies nights, day trips to local attractions and theatre trips.

Our members give their time and talents to serve the local and international community, in order to help those less fortunate. The Rotary motto is “Service Above Self” which conveys the humanitarian spirit of over 1.2 million Rotarians throughout the world.

Captain Sir Tom has been recognised with a Paul Harris Fellowship. This honour, named after Rotary’s founder, recognises those who have made substantial contributions to society, humanitarian efforts and charitable works.

The recognition which has been championed by Flitwick Vale Rotary Club, who are based close to Captain Sir Tom’s home in Bedfordshire, was given during a virtual ceremony held over Zoom.

On receiving the Paul Harris Fellowship, a family spokesperson said; “We’ve loved seeing the success and achievement of other fundraisers, young and old, who have been inspired by Captain Sir Tom’s walk.

“The support and togetherness that communities are showing across the country, including by Rotary clubs and volunteers, in such challenging circumstances is really heart-warming.”

Captain Sir Tom, who aimed to raise £1,000 in aid of NHS Charities Together in the weeks leading up to his 100th birthday by walking laps of his garden, ended up raising more than £32 million. 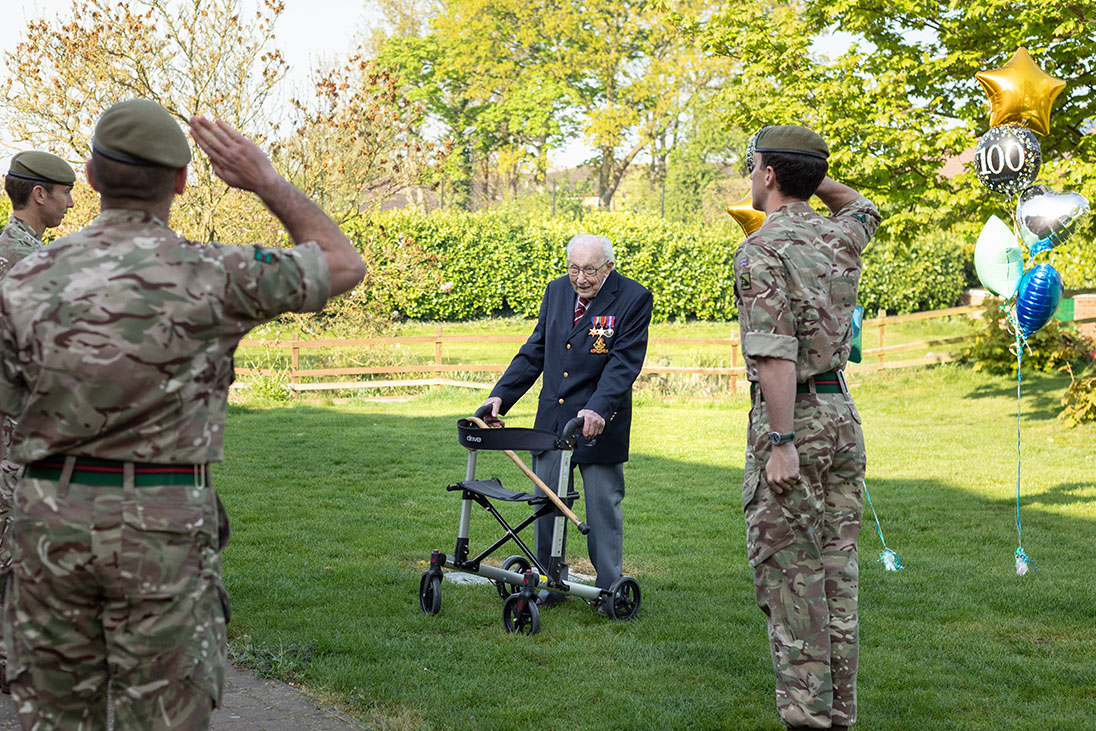 Captain Tom, pictured here completing his challenge on his 100th birthday, raised over £33 million by walking laps of his garden.

His positive spirit and determination during the challenging times of the COVID-19 pandemic, have been an inspiration for so many across the country and around the world.

As part of the virtual ceremony, Captain Sir Tom revealed he had been a part of a Rotary earlier in his life and had in fact been a member of March Rotary Club in Cambridgeshire.

David Straughan, President of Flitwick Vale Rotary Club commented; “Rotary’s values are all about going above and beyond to support those who need it most. Our motto is ‘Service Above Self’ and no one has personified that quite like Captain Sir Tom. As his local club we were extremely keen to recognise his achievements.”

Working in partnership with the Bill and Melinda Gates Foundation, every dollar Rotary commits to polio eradication is being matched two-to-one by Foundation up to $35 million a year through to 2018. The only two countries in the world which are now endemic to Polio are Afghanistan and Pakistan.

A wide range of Rotarians tell of the way their lives have been enriched by membership of Rotary.   Get involved with Rotary and visit https://www.youtube.com/watch?v=HgzsydnkFZQ

Get the Rotary Club of North Fylde app!