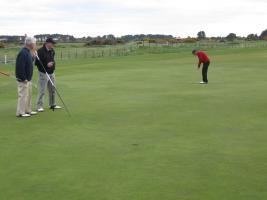 Balgownie Rotary played host to clubs from all over Scotland with a tournament on the Championship and Burnside courses. 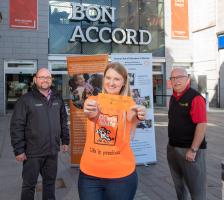 Rotarians from our club participated with fellow members from approximately 20 clubs to sell tickets for a raffle in support of Charlie House. To see videos of the proceedings, go to https://drive.google.com/drive/folders/101GfjireS2bXNLmig9at0TP6EAArUYpA 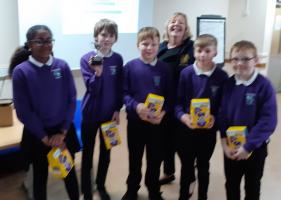 All seven primary schools within the catchment area competed in a quiz organised by the Rotary Club of Aberdeen Balgownie.
All entries were presented with certificates and sweets while the winners, Glashieburn Primary received a trophy. 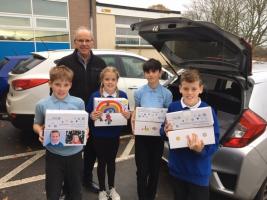 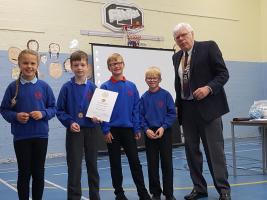 Elected office-bearers from the Primary 5 class at Forehill Primary were handed the charter from RIBI to form their ROTAKIDS Club.

Walter E. Wilson, a retired Navy Captain and former head of U.S. Naval Intelligence operations in Europe, has authored numerous articles and reviews. He will speak to the club about Confederate blockade runners in the American Civil War.

The club was formed in 1993 and currently has about 18 members, many living and working within the Aberdeen suburb of Bridge of Don

Emily is the Community Fundraising Officer of The Archie Foundation.