Welcome to Rotary Club of Alford and District

Last Wednesday (21 March) saw the 21st Primary School Quiz organised by Alford and District Rotary Club and hosted by Alford Academy.  13 teams from primary schools in our district took part in the quiz over 10 rounds all supported by family and friends.

All the teams brought their lucky mascots but Tullynestle School had what must be the biggest "charm" we have seen so far! 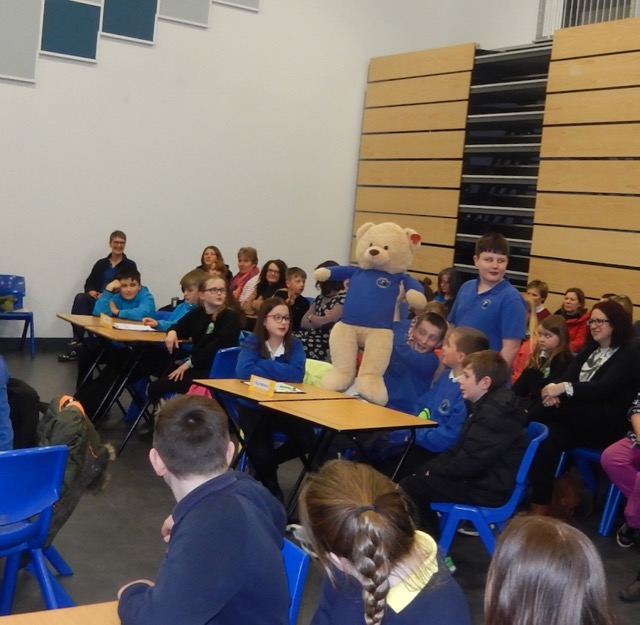 All the teams put in great performances - some of the questions were qute tricky.  After 10 rounds of questions there was a winning team with 107 out of a possible 120 points 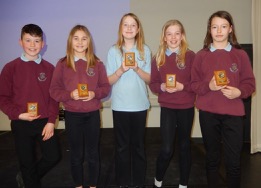 Well done to Alford A who will go through to the next round of the area quiz.

Congratulations to Alford B and Cluny B who were joint second each with 100 points.

The results of PSQ are shown below:

Santa out with the Sleigh this week. Thanks to everyone who donated and to Interact for braving the winter elements to help collect.  Check out below when Santa will be in your area.

Sincere apologies to those in the Bailley Drive area we did not manage to reach on Tuesday.  We intend to get around to you on the 19th December.  Best endeavours but the weather is causing chaos with our programm just now - updates will appear here and on our Facebook page.  Santa. 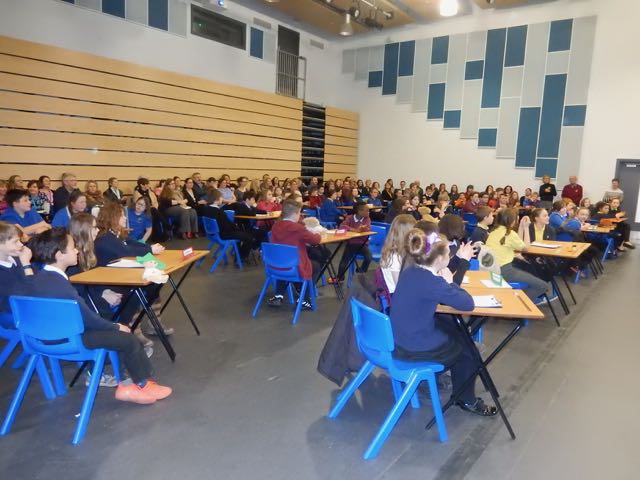 On 22 March 13 teams from around the Alford area took part in the 2017 Primary Schools Quiz.  Once again this is the largest number of teams taking part in any of the Rotary 1010 district - showing how popular this event is.  And the night did not disapoint.  Over 10 rounds the teams gave their all with the lead changing with every round.  It always looked as if it would be a tight finish with only 6 points separating the top three teams.  And so it was that after 10 rounds two teams - Alford A and Alford B had both scored 106 points - we had a tie!  An additional round was added to break the tie - but both teams scored the same again! 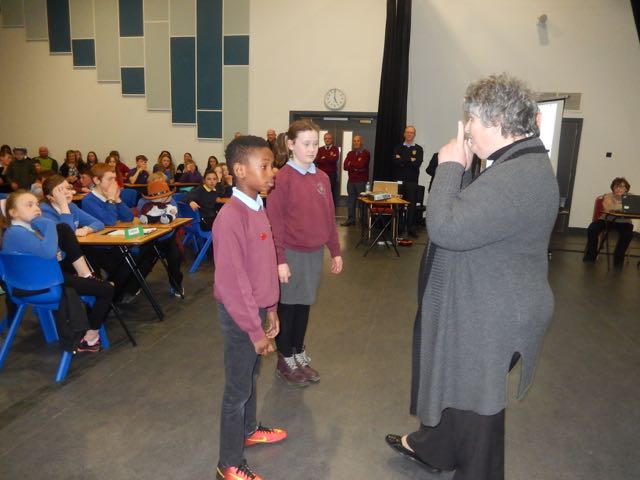 So both teams had to select their "champions" who would compete head-to-head in a quick-fire round where the first correct answer would win.  The first question was answered in a flash - a draw!  The second question was asked . . . . . this time Alford B just got in ahead and took the first spot and the awards. 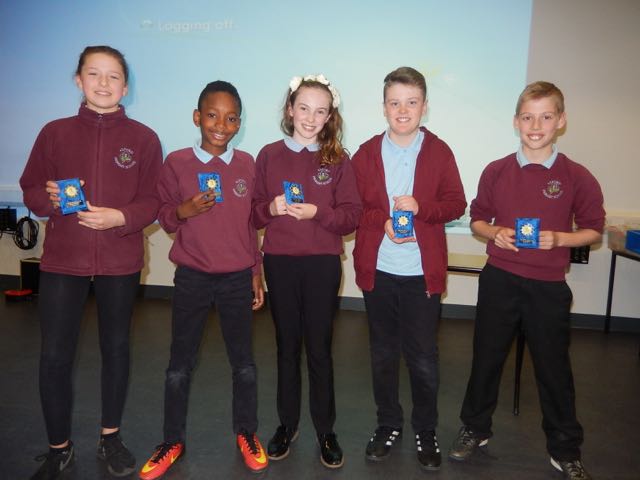 Congratulations to the winning team Alford B and to Alford A who came second with Keig in third place.

The winners go on to the next round of the competition - good luck Alford B.

A huge thanks to all our young contenders who took part with professionalism and integrity making us so proud of them.  Our thanks also to Alford Academy, Staff for hosting the event and the many Volunteers who helped to make this a successful and memorable night. 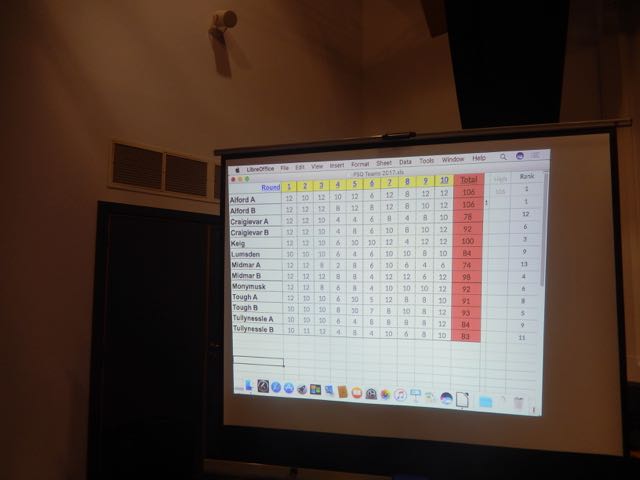 Over the last two weeks The Rotary Club has been able to support a number of charities and local causes.

The proceeds of the annual Duck Race was used to donate Â£1,120 to Macmillan Cancer Support. Isla Dewer the NE Scotland Fund Raising Manager for Macmillan accepted the cheque from President Paul Lawson on behalf of the charity and talked about the outstandng work Macmillan does - it is humbling to hear of the dedication of the nurses and staff at the charity.

The KT bike run 2016 raised Â£6000 and last night that money was given to the following charities and causes on behalf of the Rotary Club by Clive Marsden:

Â£1,350 to Alford Curling Club - help to rebuild the burned out hut.

In the photo the cheques were received by Alastair McPherson, Willie Milne, Alicia Murray and Paula Cormack (Maggies). Also to the right, President Paul Lawson and Clive (shamelessly advertising the KT Bike Run).Paula then told us of the incredible work done at Maggies Centres and how the donation would help.

On  Thursday night a large audience of parents, friends and interested Alford residents attended the Young Musician of the Year 2016 competition in Alford Academy theatre. The evening was organised by the Academy's Interact group. Interact is Rotary International in schools. In this case sponsored and supported by Alford & District Rotary Club. The evening got off to a great start with five junior entrants. After a brief introduction by M C Steve Vickers, Charlie Patton, the eventual winner of the junior section, wowed the audience first of all with two rousing tunes on the bagpipes and then he moved to the piano. Charlie was followed by another four pianists who maintained a good standard and gave the judges Andrew Cheyne and Hamish Wood a hard job to decide on a winner. There was brief interlude after the junior section when Ben Nichol, the overall winner of last year's competition, demonstrated why he was a worthy winner. His piano playing was excellent. The senior section was so varied the judges task must have been almost impossible. It started with the beautiful singing of Rosemary Bullock who was followed by another nine contestants playing a wide range of instruments. Three playing the first piece of their two on one instrument and the second on another. The first was a saxophone followed by the piano, the second a drum kit followed by a xylophone, and the final one was Rosie Hopwood playing piano followed by violin who was the winner of the senior section and overall winner of the competition.

After some welcome refreshments laid on by the Interact group the audience returned to the theatre to hear the announcement of the winners and well earned congratulations to all the competitors from judge Andrew Cheyne. The evening was rounded off by Chelsea Genther, president of Interact who thanked the judges, the various  accompanists, and all the others who had made the evening such a success.

Get the Rotary Club of Alford and District app!