Rotary Club of Pickering & District - Welcome. Please scroll/swipe down through this page to find out more about us, in addition to the pages linked in the menu, top-left. 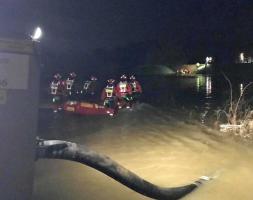 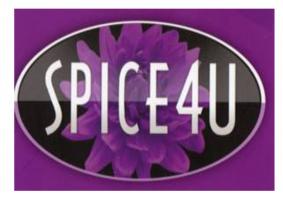 Pickering’s Rotarians pride themselves on being doers. It’s true they meet together regularly to enjoy a meal and each other’s company but that’s just cover for an enterprise that seeks to help people both in the locality and further afield.

Rotarians help largely through raising money, sometimes by holding buckets in market places and town centres in the hope that members of the public might donate. We don’t make headlines but, recently, our Sweet Charity project led to TV, radio and local press coverage. Thousands of pounds that were raised were donated to Marie Curie Cancer Care and local Rotary charities.

So what else have we done and are going to do? Pickering town has sometimes suffered from flooding but not on the scale that occurred in York during 2015. Hundreds of people were rescued utilizing inland water inflatables. We were successful in finding the money to buy the latest state of the art inflatable rescue boat which we recently presented to The Scarborough and Ryedale Mountain Rescue Team.

The disabled and disadvantaged sometimes have difficulty in experiencing what for us are regarded as treats: a day at Flamingo Land, a trip on the North Yorkshire Moors Railway. Well, we make it possible for children and young people to go to these to enjoy the rides and watch the animals. We also make it possible for people with disabilities to spend a day on the railway.  We have created an opportunity for young people to compete in our public speaking competition "Youth Speaks".

What is Rotary? - a worldwide network of men and women of all ages and backgrounds – 1.2  million strong - who use their friendships, imaginations, and skills to improve the lives of others.

Pickering’s Rotarian's number over thirty but they are every bit as engaged as their local colleagues in Malton & Scarborough, together with well-established clubs situated in over two hundred countries throughout the world.

Rotary International has now produced over one hundred years of service to communities worldwide.

PLEASE NOTE ALL MEETINGS ARE SUSPENDED FOR THE FORESEEABLE FUTURE

We meet on Wednesdays at Noon for 12.30pm
(The last Wednesday of each month is an evening meeting at 7.00pm.)
Forest & Vale Hotel, Pickering