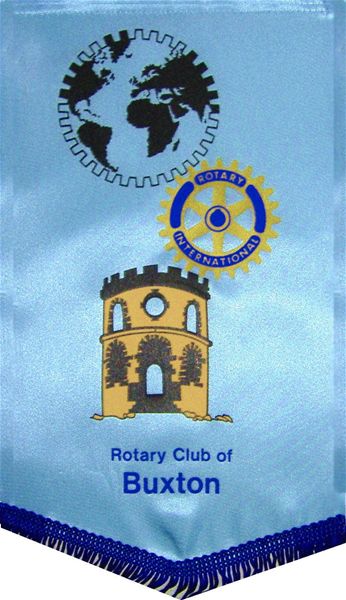 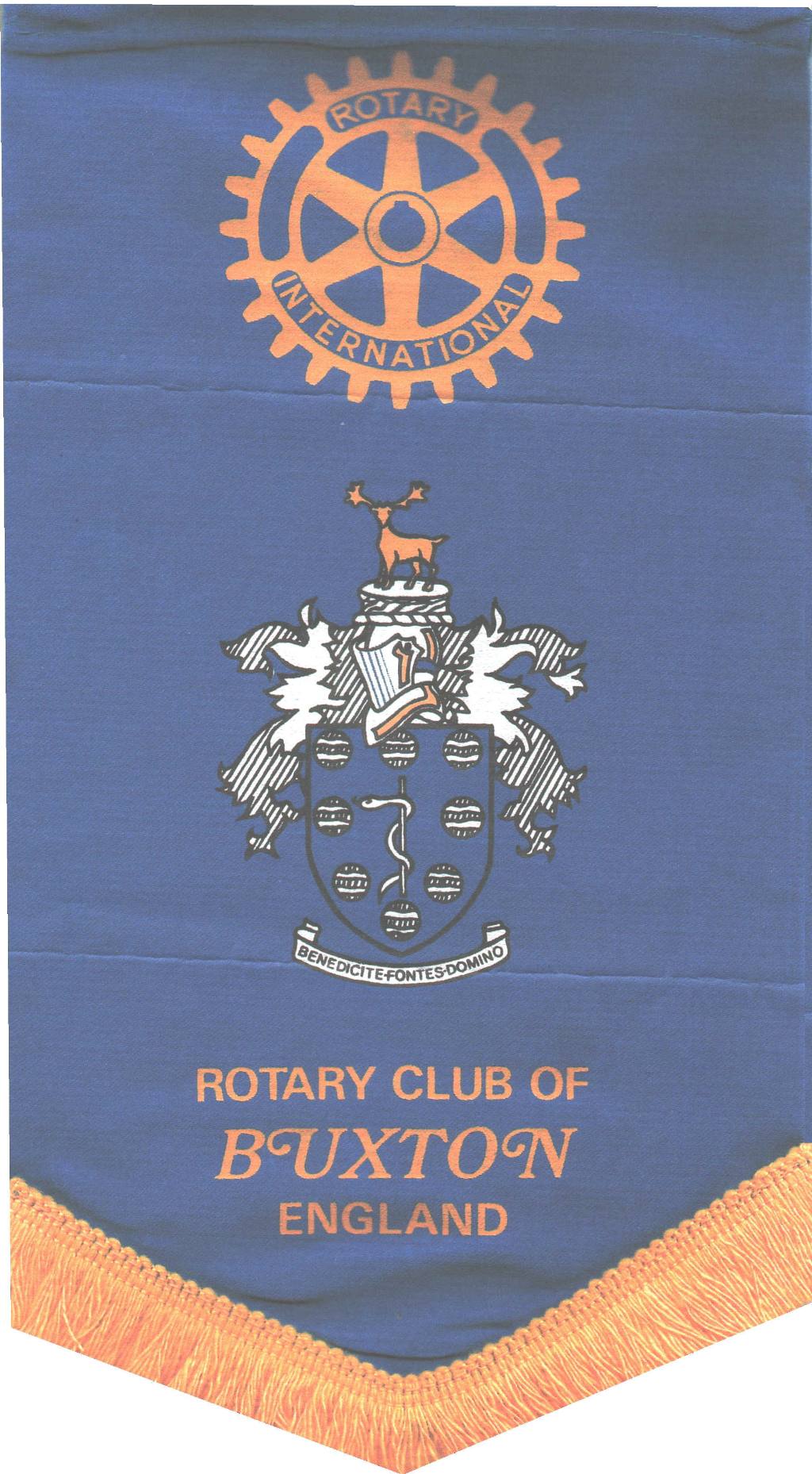 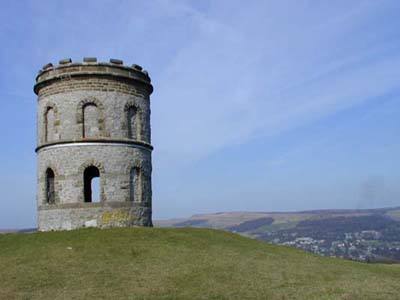 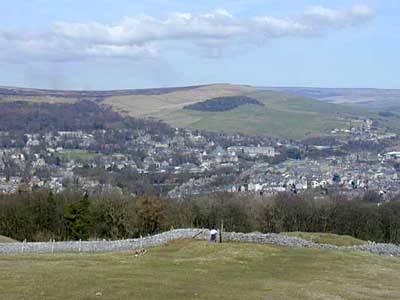 About 1995, members thought that something more ‘modern’ was required regarding the club banner and a new design was adopted (right). Symbolically, the Rotary Wheel links Buxton's Solomon's Temple to the world. The previous banner featured the Borough of Buxton's Coat of Arms: the green shield reflected Buxton's beautiful location; the rod and serpent referred to Aesculapius, son of Apollo and god of healing; the surrounding heraldic fountains relate to Buxton's medicinal springs, as does 'Benedicite Fontes Domino' - O, Ye Fountains, Bless Ye the Lord; the buck on a rock (buck-stone) suggests the name 'Buxton' and the Dukes of Devonshire, two bucks being on their heraldic arms. Andrew Cavendish, the late 11th Duke of Devonshire, was an honorary member of the Club.

more The Ceilidh raised £142 for the Helen Atkin Riding for the Disabled Charity and over £300 for other Rotary Charities. Many thanks to everyone who helped. 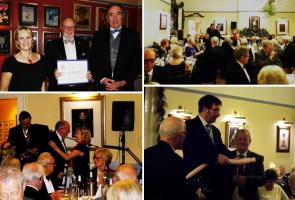 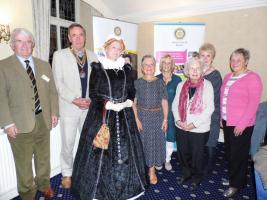 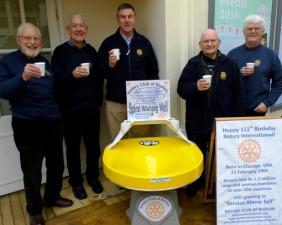 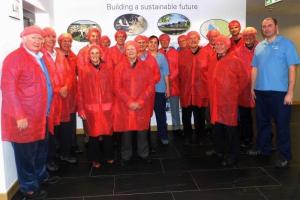 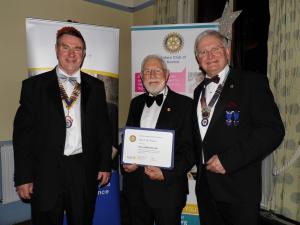 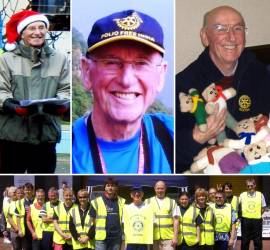 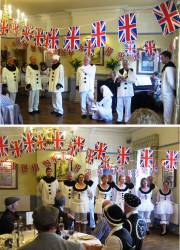 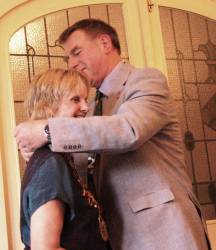 more Back issues of The Kiln were uploaded onto www.yudu.com for online browsing