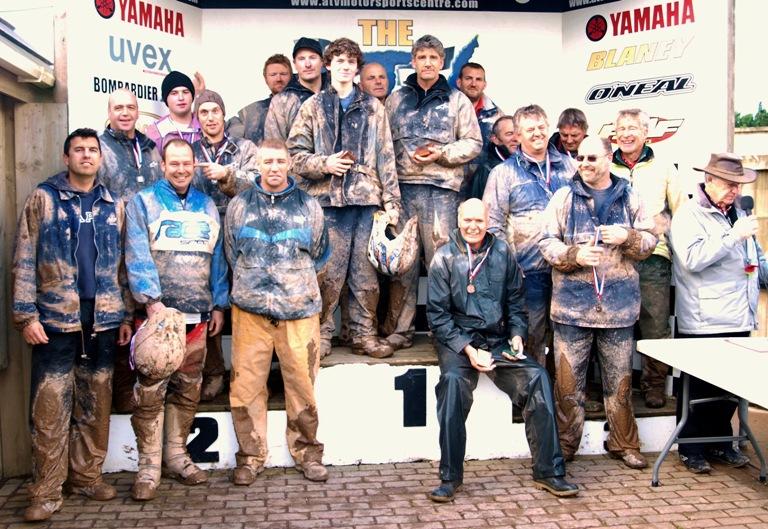 The Quad Bike Challenge 2009, organized by the Rotary Club of Helston-Lizard took place at the ATV Centre, Blackwater, on Sunday 8th November.

The Race: A relay event between 9 local teams of 3 riders. They change every 3 laps and race for 90 minutes covering approx 45 laps

The Purpose: Fund-raising through sponsorship and activities on the day for the Club's nominated charities, primarily Children's Hospice South West.

What Happened?  A great day for everyone. Following heavy rain the track was very slippery and muddy. All survived unscathed . Later they will report some stiffness etc and great difficulty getting clean. Most were so lagged with mud as to be unrecognisable

Despite very poor weather causing the race time to be reduced, all the teams that had pledged their support competed in the grueling non-stop two hour event.

The teams who completed the most laps, in a very close run race, took pride of place on the podium to receive their awards from Rtn. Ray Harris, President of the Club.  Results were as follows: 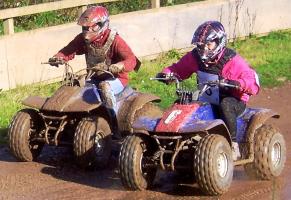 back This page summarises some of the Fund Raising Events organised by the Rotary Club.