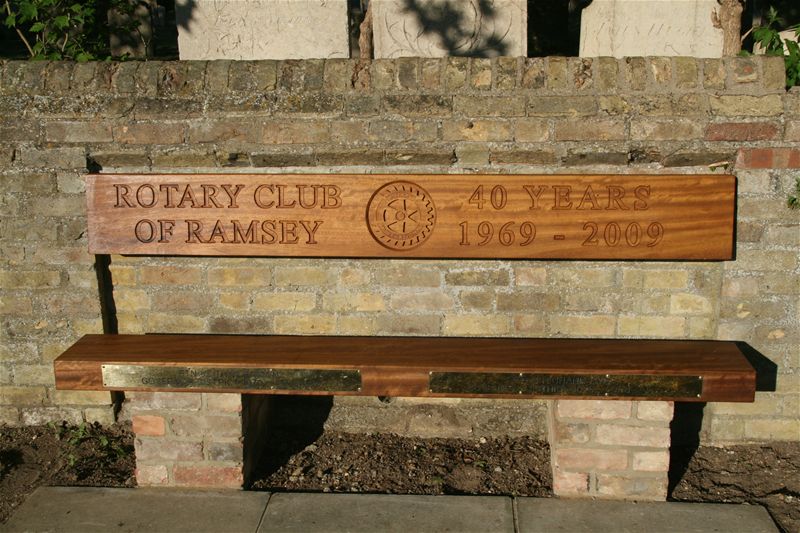 To mark 40 years in Ramsey the club felt that it would like to erect a commemorative bench on the Abbey Green.

Lord Fairhaven kindly agreed to the bench being positioned on the green.

After a considerable amount of planning, the bench was finally unveiled by Lord Fairhaven and President June Green.

Our particular thanks go to Rtn Marcus Horrell for the engraving and Fred Butler who was instrumental in making it all come together. 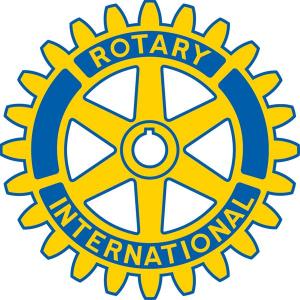 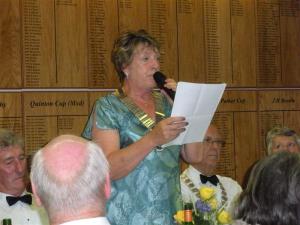 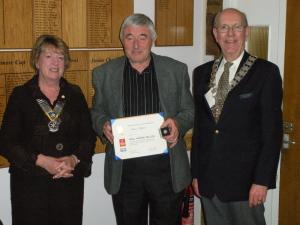